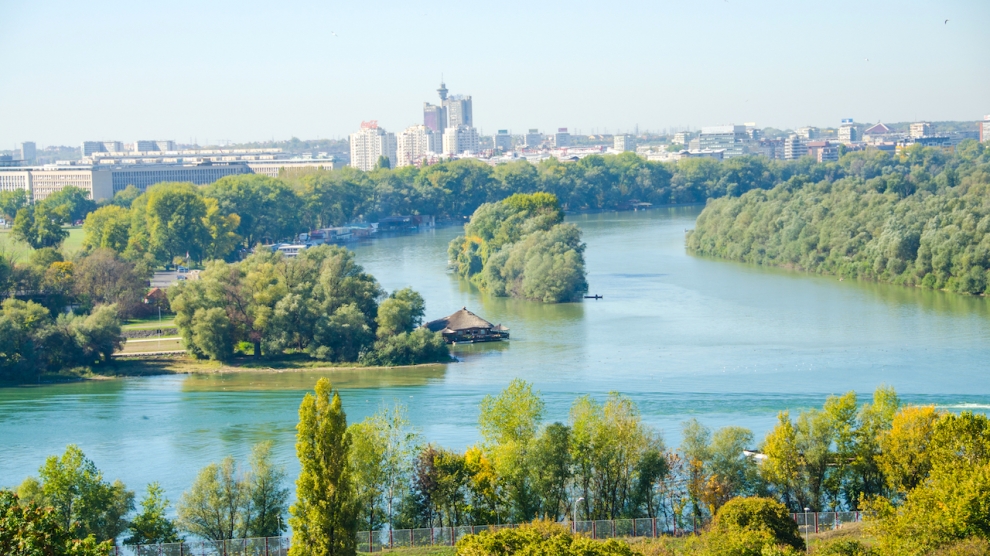 When Serbia started excavating the first lignite mine in the Kolubara coal basin, and constructed the first lignite fired power plants, built with Soviet technology, in the 1950s, electrification was at the cutting edge of industrialisation and the development of the Yugoslav economy. The lignite mines in Kolubara were among the largest in Europe, producing 30 million tonnes of coal. Together with a second mining basin in Kostolac, these two lignite fields supplied the fuel for 55 per cent of Serbia’s power generation capacity. In the 1970s and 1980s coal-fired power plants were built in Obrenovac, including the two huge units of the Nikola Tesla B power plant; built to supply the whole of Yugoslavia.

At the time that these lignite mines were excavated, and the power plants constructed, environmental standards were far below today’s levels and global warming was completely unknown. Retrofitting and overhauls have reduced the environmental burden of emissions from these power plants, especially dust emissions which have been reduced by installing new filters. However, the legacy of the past has left Serbia with emissions from power plants that have had a real impact on the quality of life for the people living in the towns and villages near these power plants.

According to the European Environment Agency, Serbia (along with other Balkan countries) suffers from very high levels of particulate matter, associated with coal-fired power generation, that result in as many as 10,000 premature deaths per year.

The EBRD (together with other international financial institutions and donors) is helping Serbia to overcome this legacy through investment, reforms and improving energy efficiency in order to reduce the need for power in the first place.

One example is the work the EBRD began with Serbia’s power utility EPS in 2001; firstly to stabilise and repair the power network after years of underinvestment and lack of maintenance. A second step was funding the purchase of smart meters which will improve energy efficiency in distribution while at the same time reducing power losses, including commercial losses from unpaid (and stolen) electricity.

Together with the German Development Bank, KfW, we funded a project in 2011, which helped EPS to reduce emissions and improve the efficiency of the Obrenovac power plants through a quality management system and the use of alternative fuel to supplement lignite.

Increasing the use of renewable energy is a key goal of the Serbian energy strategy, and helping Serbia to do this is an important part of the EBRD’s work in the country. In 2011, the EBRD financed a project for a refurbishment and growth in capacity of a number of the small power plants of EPS, together with the construction of small new hydro units on existing water management dams.

The EBRD has also worked with the Serbian authorities to put policies and regulations in place that are needed to encourage private developers to build renewable energy projects, in particular wind, but also biomass and biogas. These are also prerequisites for EBRD’s financing. In 2016, the Serbian government finalised amendments to Power Purchase Agreements, which should facilitate the financing of renewable energy investments.

This progress has already been translated into concrete projects: The first small windfarm is now up and running. The EBRD also financed its first biogas investments. 2017 should see the first major investments in non-hydro renewables as the Government licensed up to 500 MW of wind generation.

Modernising Serbia’s energy system also involves helping Serbia to create a functioning energy market. This also includes putting policies and measures in place which improve energy efficiency and reduce cross subsidies. This is a particularly sensitive and difficult task, but it is vital that tariffs are fully cost reflective, while at the same time taking into account the needs of vulnerable consumers.

As part of the efforts to commercialise EPS, in 2015, EBRD provided funds for the restructuring of the company’s debt, and — together with IMF and World Bank — agreed on a comprehensive programme of reforms to improve operational and energy efficiency as well as governance and transparency. At the same time, EPS is working on controlling costs and reducing losses and raising revenues through increased bill collection and tariff adjustments.

The EBRD is also working to make EPS more accountable to the citizens of Serbia. An action plan has been agreed that reinforces EPS’ environmental and social policies, including its engagement with local communities. In January, the company agreed with the Environmental Protection Agency to monitor and report on emissions. All of these actions will make EPS more “open” and responsive.

What is ahead for the EBRD in 2017, and beyond? The bank will continue to work on new, renewable energy sources, particularly investment in wind power. We will also continue to support the EPS modernisation. The joint EBRD/EIB loan to purchase over 216,000 smart electricity meters (part of a programme to update 3.3 million meters in Serbia) should move ahead as soon as possible. These reforms are helping pave the road for a sustainable, secure and financially viable energy system, bringing significant benefits to the Serbian people.

Daniel Berg is Country Head of Serbia at the European Bank for Reconstruction and Development (EBRD).

Montenegro: Joining up Agriculture and Tourism
Albania’s Agribusiness Support Facility – With a Little Help From Your Friends
Comment