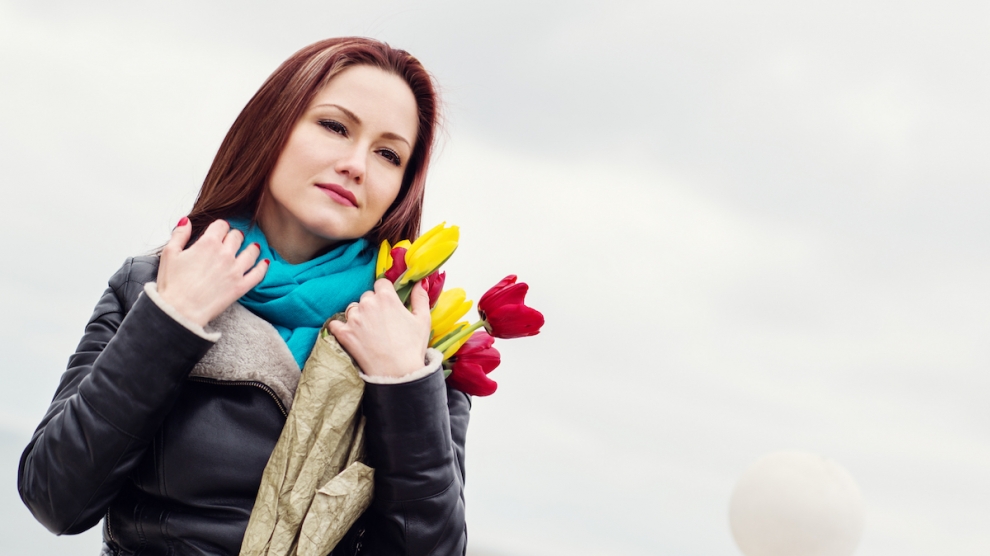 Until about a quarter of a century ago, in the countries of Central and Eastern Europe (CEE), which is my part of the world, every year on 8 March, female employees received flowers from the state-run trade unions. Sometimes they got a single carnation, sometimes a potted flowering plant — perhaps it was dependent on the country— but on that exact early March morning the flower was a wonderful promise of the coming spring, as well as the only token of our then-celebration of femininity. Apart from that single gesture, gender equal opportunities were never a topic of debate, although women were a huge part of the workforce behind the Iron Curtain.

The approaching International Women’s Day has made me wonder how women and men keep the topic of equality, or equal opportunities on the agenda, especially in Central and Eastern Europe, in 2016. At the beginning of March, I checked Twitter and scanned the buzz for equality, diversity and equal pay.

According to Forbes, women account for ten per cent of the #ForbesBillionaires list in 2016, down from 11 per cent last year. Australian United Voice Victoria posted a tweet saying that male dog-groomers make more per hour than women who are dedicated child carers. The Independent informs us that the millionaire gender pay gap is widening with 14 times more men than women earning seven figure salaries. The US Labour Department says that, on average, women who are working full time earn about 79 per cent of what men earn and added #Oscar and #EqualPay hashtags. While we are on the subject of the Oscars; the Washington Post claims that the celebrities on stage addressed diversity issues because of #OscarSoWhite every five minutes.

It’s good that we talk about it and all the well-intended initiatives that tackle the topic are worth emphasising and disseminating. Twitter highlighted #PledgeForParity, a joint global initiative sponsored by #EY and eight other institutions that include #EBRD and #MetLife. They invited everyone to celebrate International Women’s Day (#IWD2016) and to take action, as there is still a lot of room for improvement.

Their website pointed out that in 2014, the World Economic Forum predicted that it would take “until 2095 to achieve global gender parity”. One year later, in 2015, “they estimated that a slowdown in the already glacial pace of progress meant the gender gap wouldn’t close entirely until 2133.”

The gender equality pay gap is an evergreen subject. When we look at the situation in Central and Eastern Europe, Slovenia, with only 2.5 per cent, is not only the region’s leader, but the continent’s. According to the European Union’s Gender Pay Gap Index of 2012, the gender equality gap in Poland and Romania is less than 10 per cent. Estonia (at 30 per cent), the Czech Republic, Hungary, Slovakia and Croatia are far above the EU average of 16.4 per cent, as are Germany, Spain, Finland, Austria and the UK. There is a debate about whether the pay-gap even exists. One thing is sure, the statistics may be slightly inaccurate; Poland’s national sources, for example, report different numbers.

We need to appreciate all the initiatives that help narrow the gender equality gap, especially in Central and Eastern Europe, which, in my view is an innovation hub. For example, there is the local social innovation, #geworkingparents, a Hungarian grassroots volunteer organisation, incubated by the GE Women’s Network East Central Region, which helps men and women have both a career at big companies and a family.

Today, women still get flowers on 8 March, even though the political system in the CEE region changed in the early 1990s. They are no longer gifts from the state-run trade unions but come from a male colleague representing the union, the works council or the employer. As we say, old habits die hard. From that point of view, it seems like nothing has changed, but it has.

Today’s women, that’s roughly half of the population of 130 million living in Central and Eastern Europe,  can be part of the local and global debate and can initiate actions to drive change. This much needed cultural change starts with awareness, with well-structured dialogues between men and women and is followed by action. It is no longer acceptable to simply point to it being someone else’s responsibility or fate, as we live in free countries. If we remain on the side-lines, we will be doomed to suffer the consequences.

On 10 March, 2016, #geworkingparents are organising another best practice sharing conference for several companies in Budapest. You may want to check it out on Twitter.