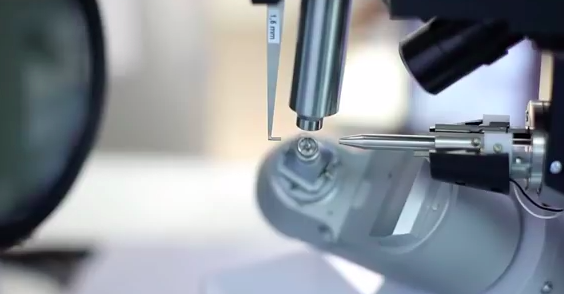 The economic success Poland has experienced in recent years is not matched with similar achievements in innovation. As further progress is not possible by using only traditional approaches, there is a common understanding among the political and intellectual elite that the country needs to boost the quality of higher education and research.

That need has recently triggered the second wave of legislative activity focused on promoting quality in the research and university sectors, as well as in facilitating the relevant legal and financial environments. The recently introduced changes are rather moderate refinements of the set of acts passed by the Polish Parliament in 2010. The major achievement of the legislative framework set five years ago was the creation of a new basis for financing research by launching two independent funding agencies: the National Science Centre (NCN), responsible for supporting basic research, and the National Centre for Research and Development (NCBR), focusing on applied research. The rationale behind the creation of the NCN and NCBR was to change the shape of Polish research and to enhance its competitiveness on a global scale. Another important act and relevant regulation introduced by the Ministry of Science and Higher Education set a basis for public funding of research institutions, including universities.

Prior to the new regulations, public institutions received the so called “statutory” funding calculated according to a complex mathematical formula, taking into account various factors, such as the number of employed researchers or the category of the institution based on the current ranking. The final allocated amount was strongly dependent on the long term prior history, sometimes favouring weak institutions with a glorious past. The current change weakens that heavy tailed dependence and will base financing on the quality of current research.

In my opinion, one of the stumbling blocks to make Poland more innovative is the current career model in research with its rigid academic degree hierarchy, consisting of Ph.D., Habilitated Doctorate, and Professor (title granted by the President of Poland). Such a system hinders researcher mobility among institutions and, even worse, between academia and industry.

Unfortunately, the resistance of the scientific community makes the removal of the two higher degrees politically difficult. Instead, the recent changes in the legislative act concerning tertiary educational institutions aim at better quality control of the degree granting process. They also promote interdisciplinary research.

Pro‐innovation moves in the latest legislation define a new, more flexible legal framework for commercialisation of research results, as well as include support for programme curricula defined jointly by universities and business, three‐month long student internships in enterprises within job‐oriented curricula, and support for life‐long learning. The new law also facilitates cooperation between universities, including forming unions between different entities.

Although all these changes improve the environment for innovation, I do not believe they solve major problems haunting Polish universities and other scientific institutions, i.e., poor career models, limited researcher mobility, and imperfect management practices. On the other hand, a better understanding of the importance of innovation in industry, along with the availability of a well‐educated workforce, results in growing spending on research by private business. The fair and well‐targeted distribution of research grants by the two funding agencies also increases the chances of success of Poland in the innovation arena.

Professor Andrzej Jajszczyk is Director of the National Science Centre and a professor at AGH University of Science and Technology in Krakow, Poland. He was the founding editor of IEEE Global Communications, editor of IEEE Transactions on Communications, and editor-in-chief of IEEE Communications Magazine. He is also a Fellow at the Institute of Electrical and Electronics Engineers. He is the author of 19 patents in the areas of telecommunications switching, high-speed networking, network management, and reliability.