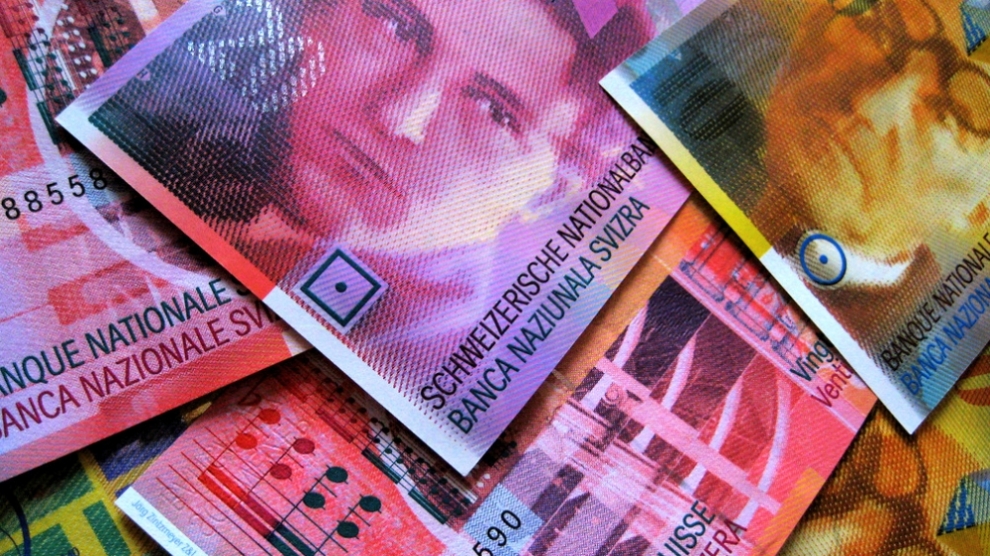 For about 20 years, the Swiss franc was the most stable currency and was regarded a “safe haven” by a lot of borrowers but that stability ended along with the financial crisis and that is when the franc started appreciating.  Since 2008 or the peak of the crisis, the franc has appreciated against the euro by some 70 per cent.

Back in 2011, the Swiss National Bank (SNB) had introduced the exchange rate peg of 1.20 francs against the euro while financial markets around the world were in turmoil. On January 15, the SNB suddenly announced that it would no longer hold the Swiss franc at a fixed exchange rate with the euro. The Swiss National Bank’s abrupt move to abandon its policy of restraining the franc sparked a financial rout in Central and Eastern Europe, where hundreds of thousands of mortgages are paid off in the Swiss currency.  That was an unexplained error.  The SNB had not communicated its intention to the market and its decision caused unprecedented panic.

In Poland, according to the Financial Supervisory Authority (KNF), around 40 percent of mortgage loans are in Swiss francs, or the equivalent of €31 billion. Hungary and Croatia are even more affected due to a smaller population and a larger exposure to franc-denominated loans. According to the European Bank of Reconstruction and Development (EBRD), in 2009, 97 per cent of Hungary’s mortgage loans were in francs. Over 100,000 people in Croatia, which has a population of 4.2 million, took out loans denominated in Swiss francs, almost three-quarters of which were to buy homes.

Why did borrowers in Central and Eastern Europe choose the franc over their national currencies? The answer is pretty simple. The interest was much higher in countries like Poland and very often a single instalment in the Swiss franc was 20-30 per cent lower than one in the Polish zloty. The idea was excellent provided there was nor exchange rate risk and it turned out to be there. That shows that one should borrow only in the currency they earn. If they consciously decide to take a mortgage (or any other loan) in a different currency, they should also be ready to become currency speculators for the next thirty years.

There have been various ways of dealing with franc-denominated mortgages across the region. In Hungary, the decision to exchange the mortgages into the forint was made in mid-November. Was it the borrowers’ success? No, I would say rather the banks’ as the loan takers pay higher interest. Most of the borrowers are happy as they have avoided a 20-per cent increase after the SNB’s January decision. But it was a pure coincidence.

In Poland, undoubtedly, if someone borrowed 500,000 francs at 2 zlotys (1 million zlotys), they now face a debt which is worth twice as much (2 million zlotys). The Polish Bank Association (ZBP) claims banks will do their best to enable the borrowers to pay similar instalments to the ones that were due in December 2014. And that is feasible.  They help exchange the mortgages into the zloty, extend the mortgage period, subtract a negative Libor, or lower the instalments this year.

If that is the case, the SNB’s decision will have a a very small impact on Polish economy, if any. Should the instalments grow, some 2-3 billion zlotys (€480,000-720,000) will not be spent on other goods and services, which would lower Poland’s GDP by some 0.1-0.2 percentage point. The banks’ decision helps us believe it will not happen.

Piotr Kuczyński is Chief Analyst of Xelion Financial Advisors. He has been an active investor since 1993. Since 2000, he has been a market analyst and commentator in GG Parkiet and Puls Biznesu. He is a graduate of Gdańsk Technical University. He was the manager of the team building the first microcomputer based on the MERA-200 microprocessor. He was also a member of the Solidarity Trade Union at the beginning of 1980s.

People power, modern infrastructure and the location give Latvia the edge
The new legislation does not change the problems Polish scientific institutions face
Comment