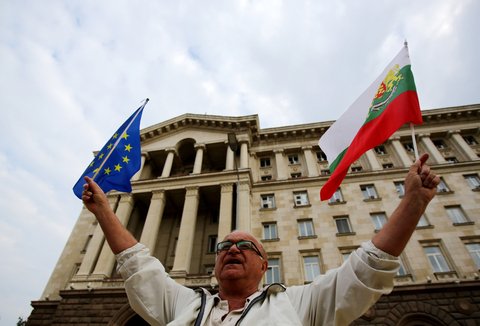 When Romania and Bulgaria joined the European Union in 2007, they were not particularly welcomed. While the countries that entered the EU in 2004 carried something of a value-added basis, the welcome for Romania and Bulgaria was qualified by a trouble-added basis. The most serious concerns were economic backwardness, political oligarchism, minority issues, especially about the Roma, and unstable legal structures.

Eight years later and after some cycles of political change, the overall picture remains sober, if not dreary. The reasons for the particularly big gap between Romania and Bulgaria, on the one hand, and the achievements of the other post-communist EU member states, on the other, are manifold; so are the arguments in support of a skeptical or even pessimistic assessment of their prospects. The time has come to ask a counter-factual question: how bad would the situation be today without EU and NATO membership of Romania and Bulgaria?

Would the flow of criticism about political corruption, distortion of legal and constitutional norms and public or private mismanagement have been as steady and loud without membership in the EU? Would any of this criticism have resonated stronger without coming from within the EU? Would the leverage of the EU have been higher without permanent reference to jointly agreed upon norms, values and objectives?

Would Romania and Bulgaria have achieved more sustainable transformation if they were still outside the EU? Anyone looking at Moldova, Belarus or Ukraine must doubt. One price of freedom and integration is the encounter, at times even the clash, of contrasting and highly frustrating asymmetries within the EU. But would any of these situations been better if Romania and Bulgaria – and one also can now add Croatia — were left outside the EU?

The answer is simple and so is the conclusion: Romania and Bulgaria would not have advanced better and achieved more outside the EU. Sharing their destiny with others inside the EU does not do away with the huge set of problems and structural deficits both countries are facing. But not sharing their destiny with others inside the EU would have left both societies on their own and without a strict compass, sense of direction and, complex tool-kit of incentives and sanctions (sticks and carrots).

The future is not won by remaining hostage to one’s past. The future is won if the doors are opened for new generations to advance with hope, build on what others have started, and feel recognised by those groups they wish to belong too, in the full sense of the word. It took the Western countries a bit more than a decade to accept post-Nazi Germany as a founding partner of the EEC in 1957.

Those born post-1990 in Romania and Bulgaria were not yet grown when their countries joined the EU in 2007. Nothing is lost for them and their future life chances. Comparing these time-lines with the unresolved Balkan integration, the depressing truth becomes even more evident: those born after the four wars of Yugoslavian secession (1991-1999) are already in their twenties or soon will be. Yet, EU membership is still only a distant and dim hope for them.

The current EU Commission has decided that no new membership will take place before 2019. By then, the children of the Yugoslavian secession will almost be in the age cohort to take over leadership in their countries. This will not facilitate their normalcy as EU partners one day. In waiting too long for the expansion of  EU enlargement to all countries of South Eastern Europe, the EU is drawing counter-productive lessons from past experience with Romania and Bulgaria.

Professor Ludger Kühnhardt is Director of the Centre for European Integration Studies (ZEI) and professor of political science at Bonn University. He worked as journalist, served as speechwriter for German Federal President Richard von Weizsäcker, was Professor of Political Science at Freiburg University and visiting professor at prestigious universities around the world. Twice, he was appointed a Public Policy Scholar at the Woodrow Wilson International Centre for Scholars in Washington D.C. In 2004 he was awarded the European Science Prize of the European Cultural Foundation.