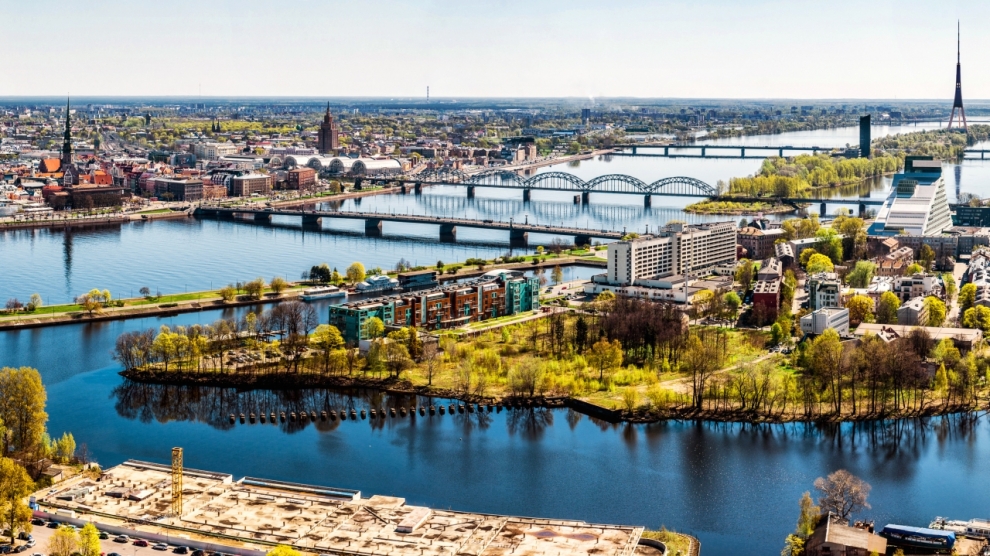 In the light of the annexation of Crimea and the on-going conflict in eastern Ukraine, increasingly more post-Soviet countries feel threatened by Russia’s expansionism. The Kremlin’s tactics evoke concern particularly in the Baltic States, such as Latvia.

Amongst 2 million Latvians, the ethnic Russian population exceeds 500,000, or 27 per cent. This has a direct influence on the internal situation — the pro-Russian social-democratic alliance Harmony Centre​,​ led by the Mayor of Riga, Nils Ušakovs​,​ won the 2014 parliamentary elections for the second time in a row. The winning party is not in the government as they were not able to form a coalition.

Latvia is strongly connected with the giant neighbour also in terms of its economy. As far as gas is concerned, the country relies on Russia in almost 100 per cent. Latvia imports 18 per cent of all products from Russia​, which absorbs​ 9 per cent of its produce.

The authorities are concerned bout the bilateral political relations with Russia. The “traditional” element often brought up by Moscow is the discrimination of the Russian population and the lack of bilingual schools in Latvia. The situation is heated up by frequent diplomatic incidents and an increase in Russia’s military pressure including elements of the so called “hybrid war.” Last year, Latvia recorded over 150 incidents of Russian military planes straying “dangerously close” to Latvia’s airspace without identifying themselves. This is four times more than in 2013. Russia also carries out military exercises next to the border with Latvia and expands its new combat helicopter base in Ostrov, 30 kilometres from the Latvian border.

In case of a military confrontation with Russia, Latvia would be defenceless. The Baltic state’s biggest problem is the lack of an efficient anti-aircraft defence system. The army consists of some 5,000 soldiers. There is also the National Guard which consists mainly of reservists.

Having realised the increasing threats, the Latvian government has taken new measures to strengthen the country’s military potential. Latvia has decided to increase military spending to 2 per cent of GDP, as required by NATO. The size of the Latvian army will also go up but the main changes will affect the North Atlantic Treaty Organisation’s engagement in the country. That includes deliveries of Western military equipment from the US and the UK and NATO military exercises in Latvia (similar to the Atlantic Resolve in the spring of 2015). For Latvia, these measures are of key importance as only NATO’s support could save the country.

Nevertheless, Russia’s military intervention in Latvia (e.g. in the “hybrid” Crimean option) seems quite unlikely. From the Kremlin’s perspective, attacking a country which is a member of the North Atlantic Treaty Organisation would be simply​ a​ ​too​ risky and unnecessary ​​move. In the end, Russia can take a wide range of indirect measures to put more pressure on Latvia and the the West’s attitude, including issuing Russian passports to stateless persons, establishing pro-Kremlin press and associations, increasing Russian propaganda in Latvia, using social and youth organisations to attract Latvian citizens, lobbying for a referendum about setting Russian as an official language next to Latvian.

Because of higher living standards, Latvia’s Russian-speaking population is more loyal to their own government than their counterparts in Donbas. This makes the Kremlin invest a lot in activities that are masterminded from outside the country. In this context it seems easier to threaten Latvia with military provocations near the border, a military intervention and nuclear weapons.

Clearly, these measures cannot be left unanswered by the North Atlantic Treaty Organisation, which is being tried out by Russia. At stake is not only that small Baltic state’s security but also the credibility of all guarantees linking the remaining 27 members of NATO.

Michał Szczygielski is a political scientist and an analyst at the Centre of International Relations Foundation and the THINK TANK Centre for Dialogue and Analysis in Warsaw. He is a PhD student at Warsaw University. He also studied in St. Petersburg and was an intern at the Centre for Eastern Studies in Warsaw, Poland. His main area of expertise is the foreign and domestic policy of Russia and post-Soviet countries.

Are the presidential elections in Poland a sign that a new EU is emerging?
Albania: an undiscovered tourist destination and more
Comment