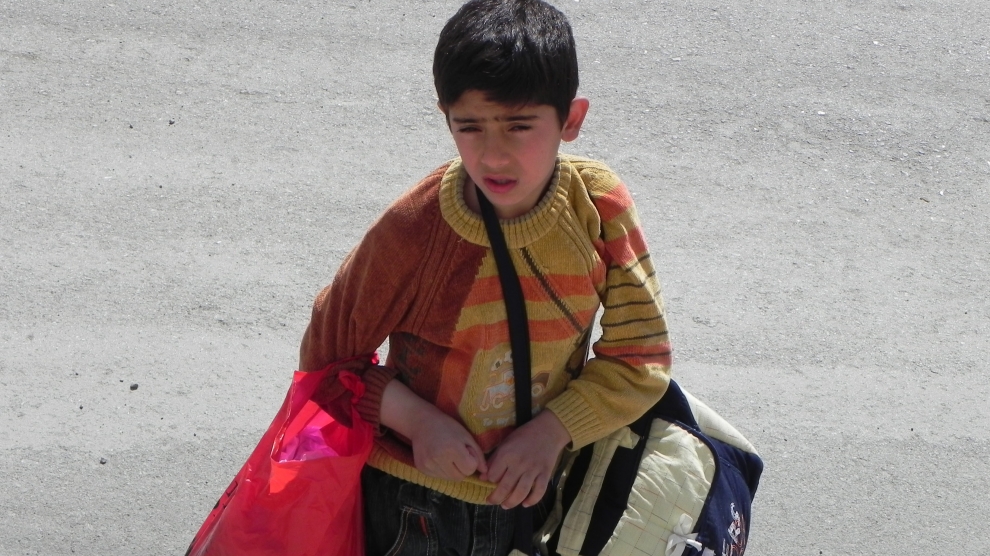 Refugees from Libya and Syria have been arriving in Italy and Greece for a while now.  Yet, only now, when the countries of Central and Eastern Europe voiced their concerns about the growing number of migrants marching across and the quotas calculated by Brussels, this emotional blackmail has started.

“Have we forgotten that 20 million people of Polish ancestry live outside Poland, as a result of political and economic emigration after the many border shifts, forced expulsions and resettlements during Poland’s often painful history?” asked the President of the European Commission Jean-Claude Juncker in his State of the Union 2015: Time for Honesty, Unity and Solidarity address to the European Parliament last week.

In an interview for Der Spiegel, Werner Faymann,  Austrian Chancellor, added that the countries objecting to the quotas should be punished, for example, by cutting available structural funds and referred to the image of refugees stuck in trains in the belief that they would go somewhere else bringing back memories of the darkest period of our continent.

Even though Downing Street is refusing to take part in a proposed quota system (18,000 refugees) and instead announced it would accept 20,000 refugees over a five-year period  —the amount Germany received last weekend alone— it is Eastern Europe to receive most of that criticism.

Countries like Hungary, Serbia and Romania might have their own issues related to how they deal with minorities but never had they expected such an enormous wave of refugees marching across their territory.

The EU is supposed to be united in situations like this particular migrants crisis and should solve all problems together.  A common solution should be worked out in this case too but artificially assigned quotas are not an answer to this problem. The crisis shows that is needed is a long-term strategy of how the EU will deal with migrants from outside the Union.

Unlike other Western leaders, Angela Merkel said Germany would welcome hundreds of refugees into the country and has come under fierce attack from rightwing critics in her own ruling coalition. But Germany is doing more than it should. It takes about 40 per cent of all refugees in the EU — 800,000 are expected to apply for asylum in Germany in the entire 2015.

“Germany! Germany!” was what the refugees chanted on the crowded platform of a Budapest train station. Headed to the richer part of the EU, they wanted to move forward without being registered in Hungary as they were afraid they would be forced to stay there. With the quotas put in practice some of them would have to. But would they, eventually?

Even before Pope Francis’s appeal to admit refugees, a parish in Śrem, western Poland, adopted a Christian family with three children from Syria. They gave them a flat, food and helped the adults find jobs. “We provided them with everything: Internet, TV, bikes. It seemed they liked it here,” said Father Ryszard Adamczak. Yet, last week the family fled to Germany without saying goodbye.

Thus, do the quotas really matter if the refugees know exactly what their destinations are? Wouldn’t a comprehensive EU plan on how to deal with the migrant crisis, focused on financial contributions by all member states, work out better than an ad-hoc action?

• For Migrants, the V4 Countries Are a Mere Stop On Their Way To the West

• The Treaty of Trianon Is Still a Hot Issue In Hungary

Is the Macedonian Government Mortgaging the Country’s Future?
For Migrants, the V4 Countries Are a Mere Stop On Their Way To the West
Comment