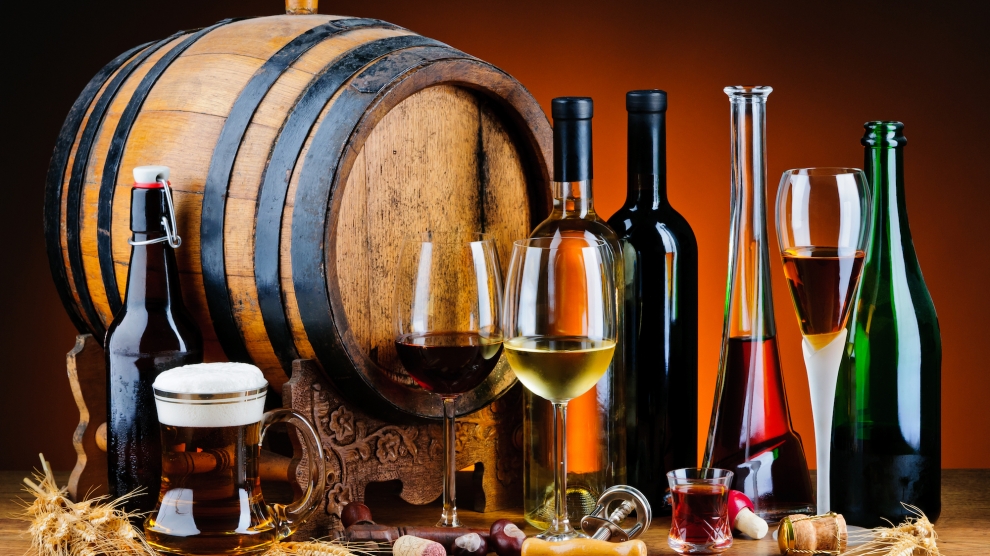 Georgians figured it out pretty well. They won’t let you enter their country in a bad mood. You might have sat next to a grumpy or noisy neighbour on your flight but the moment you reach immigration and the passport control officer hands you a bottle of Georgian Saperavi wine you should consider yourself bought by the people’s never ending hospitality and feel certain you’re going to love the country. That is what happened to me last week.

But wait a second, what if each emerging Europe country followed suit and welcomed foreign tourists with their best liquors as soon as they set foot in their territories? Does each of them have a national drink they are proud of and would love to share it with visitors? I have my personal and subjective list, so here we go!

During my stay in Yerevan I tried a few amazing Armenian wines but I think it is the Armenian well-known brandy that foreign tourists should be presented with — for example ArArAt, one of Winston Churchill’s favourites. It is said 400 bottles were shipped to the British PM after the Yalta Conference.

Estonians would do well distributing Vana Tallinn — a dark brown and robust rum-based liqueur, which, according to its producer, is best enjoyed on the rocks with a slice of your favourite citrus fruit to balance out the rich, multifaceted taste.

And Latvians? The answer is Riga Black Balsam, which is based on a composition of 24 different plants, flowers, buds, juices, roots, oils and berries prepared in oak barrels. I also wouldn’t say ‘no’ to a battle of Lithuanian Mead, the country’s national heritage, when landing in Vilnius.

Even though Poland produces half the amount of spirits it did in the1980s, the country is still the largest vodka producer in the European Union and the fourth in the world with 320 million litres of spirits a year. Polish breweries produce over 12 times more beer but I am pretty sure, because of Poland’s long spirit tradition, foreign tourists would rather get a bottle of Soplica, Żubrówka, Żołądkowa, Wyborowa or Sobieski.

Belarusians might be the heaviest drinkers in the world (at least according to the WHO), which might suggests they favour spirits over other alcoholic beverages but I would like to be presented with a bottle of kvass, e.g. Lidsky Kvass, produced since 1876 in the Grodno region.

Ukrainian officers could definitely welcome me with Horilka, which has an alcohol content ranging from 35 to 60 per cent by volume but I’d go for the one with less alcohol in it, I guess.

When it comes to Slovakia and the Czech Republic, well, I think no one has any doubts — a Matuška Stout or Pilsner Urquell would make an ideal welcome gift.

In Hungary, I would go for Tokaji, which is mentioned in the country’s national anthem, even though Hungary produces award-winning wines.

However, I’d be delighted if Moldavian border control officers handed me a bottle of wine together with my passport, just like in Georgia. In the end, Moldova produces about 115 million litres of wine each year and the wine production sector accounts for 3.2 per cent of the country’s GDP, and, what is more important, the wine is awesome.

Romania might rank tenth among the world’s top wine producers by volume. But I think I would still vote for Palincă — the amazing plum brandy that I drank when I last went to Bucharest.

What about Serbia? The country’s national drink is rakija šljivovica — a strong distilled alcoholic beverage made from plums — and I am totally on board with it. I also like those made from apricot, pear and cherry.

Even though Bulgaria, Croatia, Slovenia have long traditions of wine production, if I were to choose a drink for each I would go for rakija.

Coming back to Georgians I am actually happy they don’t treat you with a bottle of chacha as you might not make it to your hotel. I had a chance if trying it — the owners of the guesthouse I stayed in in Tbilisi poured a large glass of this homemade drink that had 70 percent alcohol  and made me drink it after making  an elaborate toast to Georgia and its friendship with Europe. I will drink a hundred times to that, but I will do it with a glassful of the divine Saperavi wine instead.