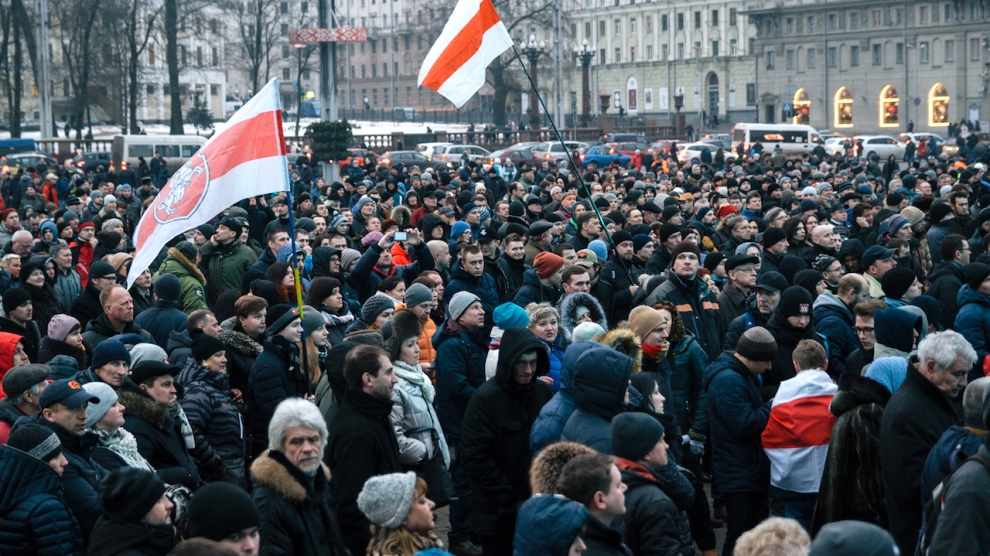 While Belarus will not have its Euromaidan any time soon, recent developments at home and abroad suggest that the country’s political course is not set in stone.

In mid-March, Belarus’s President, Aleksander Lukashenko, announced that he would suspend his decree introducing the so-called “parasite tax”; a fee charged on the unemployed. Lukashenko, who has been dubbed “Europe’s last dictator”, is not used to making concessions, but unfavourable circumstances have left him with no choice. The recent wave of popular protests, on an unprecedented scale (which, in the Belarusian standards, means several thousand), is only one of them.

In 2016, the Belarusian economy regressed for a third consecutive year, with GDP estimated to shrink by 2.6 per cent, after a drop of 3.8 per cent in 2015. Unemployment nearly doubled between 2014 and 2015, and persistent inflation necessitated a four-digit denomination of the currency in July 2016.

The economic bust has been caused largely by an analogical situation in Russia, to which Belarus is systemically connected by a network of energy and trade links. Around 20 per cent of Russian gas exports, and around 40 per cent of its oil exports, used to pass through the Belarusian territory, and Russia accounted for nearly half of its foreign trade in 2014.

Moreover, Russia readily used loans and subsidies to keep Belarus in its political orbit. But more recently, Russia’s economic allure has been tarnished by low oil prices, the sanctions war with the West following the Ukrainian crisis, and Russia’s own incapability of organic growth.

In fact, Russia not only no longer can, but also no longer wants to, be the ally that Belarus has known in the past, and the reason is simple. Lukashenko’s reluctance to embrace the Russian intervention in Ukraine three years ago, motivated by a fear for his own position, was perceived as disloyalty by a distrustful Moscow. Ever since, Russia has distanced itself from its partner in the Union State, and it has started to penetrate Belarus with own propaganda.

Given the economic difficulties and vulnerability to external pressure, Lukashenko must brace himself against unrest at home and act with particular caution. This explains the suspension of the “parasite tax”, as well as a number of other recent concessions, including the admission of two opposition members (Belarusian standards, again) to the lower chamber of the parliament.

Those who know the local moods best, such as Belarusian literature’s Nobel laureate, Svetlana Alexievich, admit that the society is still rather dormant, and unwilling to follow Ukraine’s revolutionary path. But the Ukrainian revolution has already set a series of externalities in motion, which are slowly changing Belarus’s course.