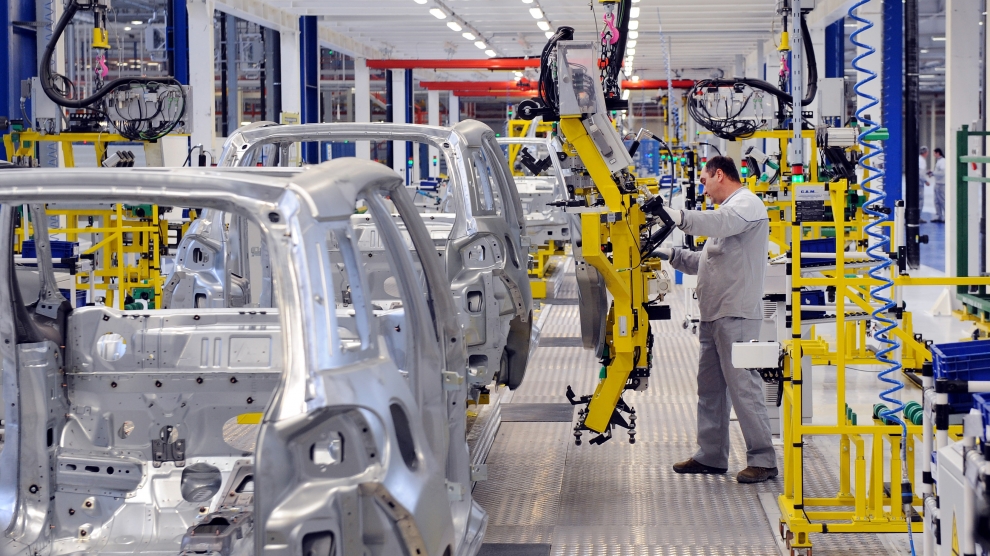 In a recent interview, Professor Marek Belka, Governor of the National Bank of Poland, discussed the largest problems of Polish economy which I have been trying to bring up for a few years now. And that problem is that Poland’s idea of competitive advantages is based on low labour costs. As a result, Poland does not produce much. Instead the country is a large assembly line for international companies, which — trying to reduce their employees’ salaries — open new factories and shared cervices centres.

That diagnosis does not show good prospects for the economy. However, the recent days have shown that those who thought it couldn’t be any worse and we wouldn’t hit the bottom were wrong. Yesterday we heard some knocking from “under the bottom.”

What turned out to be that “knocking” was Tata Motors’ decision to locate the Jaguar production facility outside Poland, despite the company’s initial intention. Unfortunately, we lose those competitions where foreign companies would open their factories too often. Not only are new jobs not created in the sectors of innovation and new technologies but also where low labour costs are critical.

Poland’s Ministry of Economy was unable to persuade Jaguar’s producer to open a factory that would produce about 300,000 cars a year, which would be an investment of PLN 7 billion (€1.7 billion) creating about 6,000 new jobs. The only Poles that will ever benefit from the investment will be those who decide to emigrate to Slovakia as this is where Tata Motors plans to build the factory.

In the end, what we should worry about is not that Jaguars will not be produced in Poland but that Poland does not produce its own car nor many other technologically advanced products that would conquer the world. International rankings showing Poland’s competitiveness prove that Poland is one of the CEE region’s least innovative economies. In the recent European Innovation Scoreboard ranking published by the European Commission, Poland was the fifth least innovative country in the EU. Crido Taxand’s findings show that there are eight new patents per one million inhabitants — 81 times fewer than in Luxembourg and 27 times fewer than in Germany.

The Jaguar case should make everyone think if the bar hasn’t been set too low — that we only try to attract foreign investors instead of building our own new technologies — and we’re still unable to jump over it. It is about time to set the bar high and make a real technological, scientific and civilisational progress.

The first step for the Lower Chamber of the Parliament to take would be to discuss and pass the law (which I have suggested) that would create a system of tax incentives for entrepreneurs investing in innovation. Today’s law is absurd. It favours those who buy new technologies abroad and not the ones who build in inside the country. No wonder this hobbles innovativeness. That system of tax incentives will not transform the country in the world’s most innovative economy in the nick of time but will get us on the right track of abandoning the idea of competing with others through low labour costs.

Is Poland still a “Green Island”?

The new legislation does not change the problems Polish scientific institutions face.

Dr Łukasz Gibała is a independent Polish MP, former entrepreneur who had co-founded two successful businesses which he sold when he started his political career in 2005. He has liberal views. He defended his PhD in Logic, which he wrote in the US, at the Jagiellonian University in Kraków.