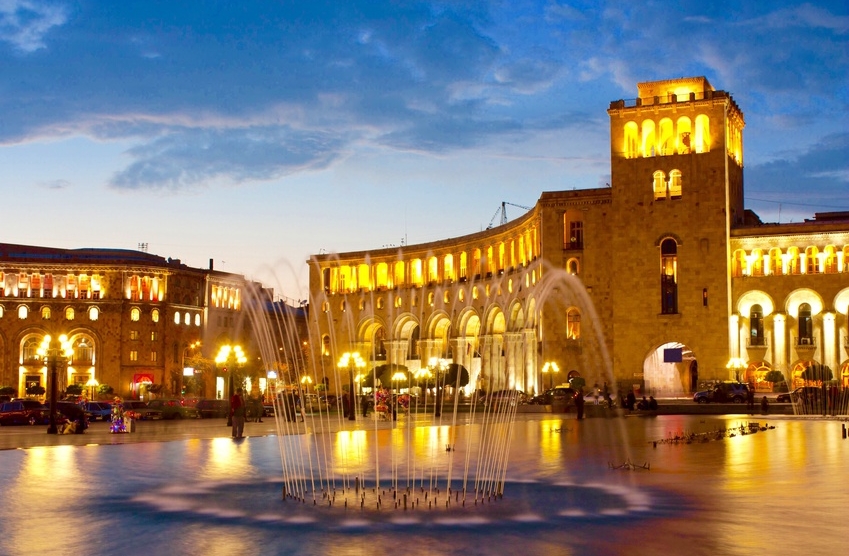 This summer’s two week protest over the electricity tariff increase did not live up to some people’s expectations for the start of an Armenian Spring but it should have jolted the government into awareness that it cannot presume continuing public apathy to poor economic performance. The event should have resulted in the question “what can we do to create jobs and to boost growth?” being placed at the top of all cabinet meetings for some time to come. Whether it has or not remains to be seen.

Armenia’s economic performance will be poor this year mainly because of the contagion from Russia’s recession. 13 per cent of 2014 GDP was accounted for by inward remittances and 80 per cent of the total came from Russia. Over the first half of this year the total is down 40 per cent compared to the same period last year. Unemployment is over 19 per cent, the highest amongst off of the C.I.S. states, and in the volatile urban areas the rate is not far below 30 per cent.

The net result is that GDP is expected to expand by only 1.5 per cent this year, down from 3.4 per cent last year and from growth of over 7 per cent in 2012, a year when remittances accounted for almost one-quarter of GDP.

The currency has also been impacted by Russia’s recession and by the ruble weakness. The dram weakened by 16 percent against the US dollar in 2014 and is set to weaken further this year. Armenia is not directly a hydrocarbon economy but if oil continues to weaken then the ruble will slide with it and force the dram to follow. With 20 per cent of the population officially living in poverty and with so much urban unemployment the government could not risk an even bigger hit to the local spending power of remittances any more than it could afford to lose competitiveness against Russian imports or for its exports to its biggest trade partner. Where the ruble goes so too will the dram.

But while Russia’s situation has exacerbated the problems, the underlying reason why the economy is so vulnerable to Russia contagion and has such a poor employment record is mainly because efforts to reform the business and investment climate have been moving far too slowly as successive governments have been distracted with a sequence of domestic political squabbles and the unresolved regional disputes with the country’s biggest neighbours.

Armenia is all but surrounded by two countries, Turkey and Azerbaijan, with whom it has no political or trade relations. Hence the default close ties with Moscow and membership of the Eurasian Economic Union (EEU) as of January this year. Polls show that the Armenians are not too happy with the country’s geo-political preferences but equally they show that people are aware of just how little benefit Georgia has gained from its efforts to improve trade an investment ties with the EU after its Rose Revolution.

But it’s not all gloom and the government does have some positives with which to build on. The country has made progress in developing new sectors of the economy, in particular technology, and the recent protests plus the severe contagion impact may yet act as a spur to sustain and add to those efforts.

Technology is one of the sectors which offer the best hope as a catalyst for broader economic change and growth. In that regard Armenia shares a lot with Ireland and the latter’s progress is a cause for hope in the former. Both are small economies perched on the edge of a larger economic block and both have a poor resource base but a very large diaspora. Ireland also had a very poor economic base until it started to focus on producing, and retaining, skilled graduates in such areas as IT, bio-tech and other knowledge based industries. Armenia is starting down the same route, albeit it is early days yet. It does, however, have the history to draw on as, during the Soviet period, Armenia had more scientists per capita than other member states and was a centre for scientific development.

The country’s IT sector has been growing at an average of 22 per cent between 2003 and 2014, according to the country’s Enterprise Incubator Foundation (EIF). It says that the 400 IT companies registered in 2014 generated revenues for $474.9 million, about 4.3 per cent of total GDP and 10 per cent of total exports. Last year the sector created 17 new start-ups and 1,100 new jobs. In 2008, the government adopted a 10-year industry development strategy, focusing on building infrastructure, improving the quality of IT graduates, and creating venture capital and other financial mechanisms to support start-ups, like tax breaks and simplified procedures.

The country’s membership of the EEU should also help boost these sectors as international companies, such as in the pharma sector, can choose to locate in Armenia and still qualify under Russia’s import-substitution programme because of the commitment to free movement of goods. Armenia is acknowledged to have better legal protection for patents and industrial processes and a growing pool of skilled workers.

Political concerns could still prevent Armenia from taking advantage of its potential as a high-tech hub. Just recently the leader of the country’s second-largest party, also reputed to be the country’s third richest individual, was forced out of the party because of various government investigations which many believe are linked to his criticism of the president-sponsored constitutional referendum set for 2016. The lead up to that referendum is expected to see frequent and potentially more intense protests by opposition groups.

Armenia as a country and an economy clearly has potential for business and investors. To realise that requires political will and a longer period of stability than has been possible previously. The reminder of just how impatient the population has become and how willing they are to express their frustration could be just the catalyst needed.

‘No’ to a monetary union with Russia

Transnistria and Eastern Ukraine — any similarities?

Moldova has to focus on its priorities

Christopher J. Weafer is a founding partner of Macro Advisory, Bespoke Russia-CIS Consulting. Earlier he held the positions of Chief Strategist at Sberbank-CIB, Chief Strategist with Uralsib Financial Corporation and Alfa Bank. He also worked as Head of Research for NatWest Markets in Bangkok, Thailand, during the Asian financial crisis of 1997-1998, Senior Investment Manager at the Abu Dhabi Investment Authority. Chris started his investment career with the Irish Life Assurance Company in Dublin, Ireland. He was voted the best Russia investment strategist for 2013 by investors in separate polls carried out by Thomson Reuters Extel and Institutional Investor magazine.
Twitter: @ChrisWeafer

The Treaty of Trianon Is Still a Hot Issue In Hungary
Poland Has Set the Bar Too Low, It’s Time To Aim Higher
Comment