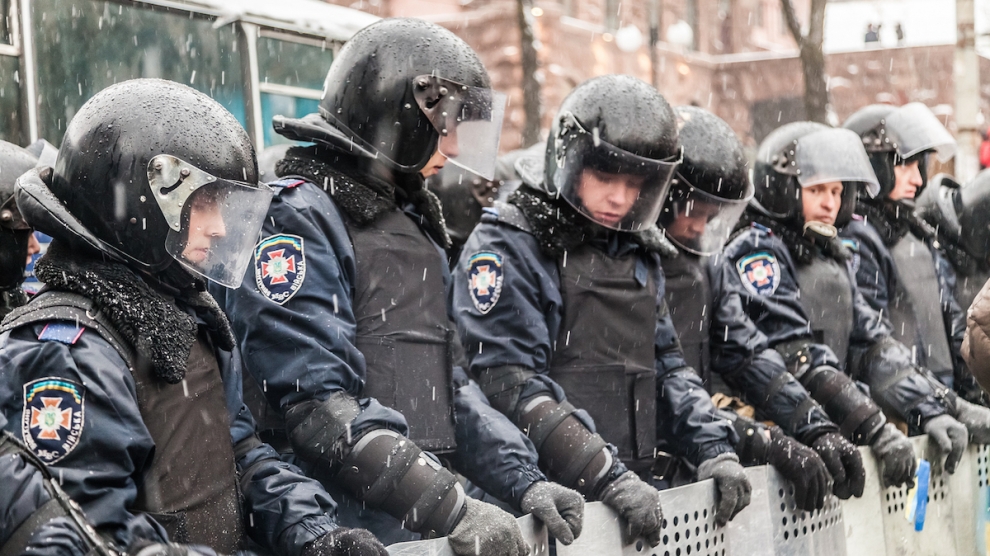 In Ukrainian politics, a week is an age.

The last one began with President Petro Poroshenko being roiled by accusations in the Panama Papers that he set up a secret offshore company when his troops were being decimated by pro-Russian rebels. By Sunday, Prime Minister Arseniy Yatsenyuk had resigned, upending the ruling coalition.

And yet, on a broader level, change has been achingly slow. Despite the Maidan revolution toppling the corrupt President Viktor Yanukovich and unleashing Russia’s backlash that ripped apart the country, official corruption is a constant.

Take Ukraine’s core energy industry. Vested political interests are as intrinsic as at any time since the collapse of the Soviet Union. A vast network of bribery and corruption through opaque intermediaries is essentially the lubricant that runs the gas industry.

Despite continual revelations of embezzlement, fraud and money laundering – the Panama Papers being only the latest – these companies and their owners remain largely protected from investigation or prosecution by the top political elite.

In post-Maidan Ukraine, some of the players have changed; the mechanisms of influence remain. The most recent allegations illuminate the connection between Poroshenko and the “gray cardinal” of the parliament, Igor Kononenko.

Kononenko and Poroshenko are close associates whose business ties date back over three decades. While accusations have been building for the past year, the latest unfolded in March when two former members of the President’s faction – lawmakers Mykola Tomenko and Egor Firsov – were stripped of their parliamentary mandates for accusing Kononenko of corruption.

A deputy head of the so-called Poroshenko Bloc, Kononenko is also a member of parliament’s Energy Committee. But his influence stretches far beyond the Verkhovna Rada, the parliament of Ukraine.

Following a bizarre move by the former Prosecutor General, Viktor Shokin, to launch an investigation into the Ukraine-based Anti-Corruption Action Centre, it became apparent that the department investigating the case is in effect overseen by Kononenko.

Former Economy Minister Aivaras Abromavicius singled out Kononenko as the driving force behind attempts to exert influence on his ministry when he resigned in February in a protest over corruption.

During Abromavicius’s tenure, Kononenko had pushed to have him removed. When that failed, he lobbied to have his allies appointed to the ministry. One such official was Andriy Pasishnik. A leaked chat on Viber shows the executive at Naftogaz, the national oil and gas company, confident of being installed as his Deputy Economy Minister even without Abromavicius’s consent because it had been “approved upstairs” by the President’s office.

Another Kononenko ally, Vladimir Derzhavin, was made Deputy Head of the State Property Fund last month. The appointment is significant for the gas industry because the Fund and the Ministry of Economic Development will together handle the privatisation of state enterprises.

The State Property Fund plans to sell significant stakes in publicly-owned energy companies this year including Donbassenergo, a thermal power generator, Sumyoblenergo, an electricity distributor, and Odessaoblenergo, a supplier in the Odessa region. But Kononenko isn’t the only oligarch linked to Poroshenko.

Poroshenko is connected to a further network overseeing operations in several energy companies in an attempt to gain access to financial flows or acquire stakes in soon to be privatised companies. They include oil pipeline operator Ukrtransnafta, hydropower company Ukrhidroenergo and power transmission company Ukrenergo.

For now, however, Ukraine’s most pressing issue is to form a coalition and appoint a new Prime Minister.

The ruling party factions are being forced to scrape together a parliamentary majority through negotiations with independent deputies. Behind them, unsurprisingly, is Kononenko.

As the government continues to hammer out a deal, it looks increasingly likely that Poroshenko will come out stronger than ever. Discussions are taking place to install close allies Boris Lozhkin and Dmitry Shymkiv as deputy prime ministers, while Speaker Volodymyr Groysman, another Poroshenko loyalist, may become Prime Minister.

With such a close-knit circle, cronyism has every chance to continue blossoming.

The editorial, which was originally published on Frontera News, was co-written by Maria Pavlenko, who is a member of West Sands’ Corporate Investigations team and a PhD candidate in energy security at the University of St. Andrews. Frontera News is a multi-channel emerging and frontier markets information company. Frontera provides informed and authoritative assessments of risk and reward to help investors better under stand business, finance, and economic conditions in global growth markets.

Michael Mesquita is a Senior Analyst (CIS) at West Sands Advisory Limited. Michael is involved in a longstanding project focused on investigating the intricacies of informal elite networks of power in the CIS, and how these networks exert influence. He contributes to Frontera News, a multi-channel emerging and frontier markets information company. Frontera provides informed and authoritative assessments of risk and reward to help investors better under stand business, finance, and economic conditions in global growth markets.Twitter: @mikemesquita