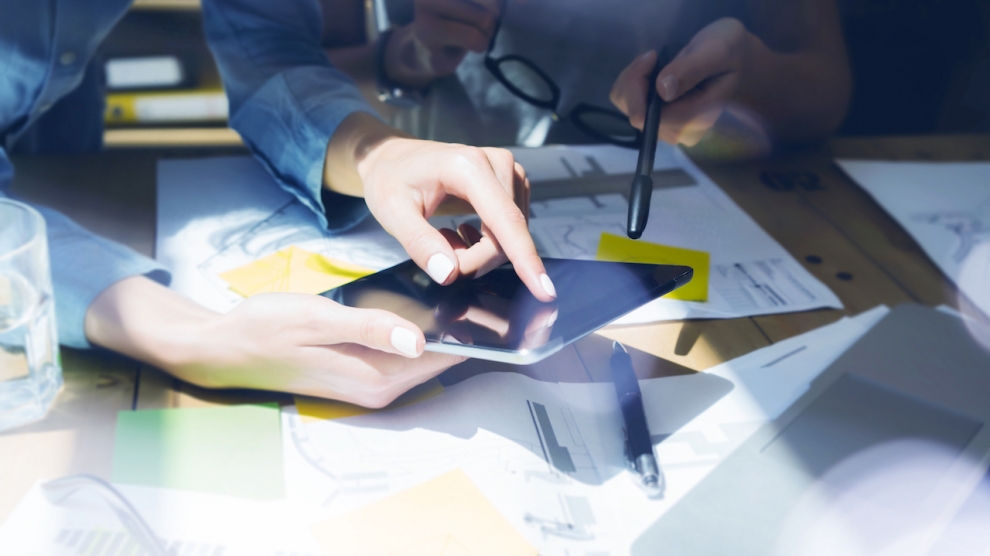 Roughly three years ago, after graduating from UCLA Anderson and developing a severe allergy to cubicles, I moved from perpetually sunny Los Angeles to Cluj, Romania—the heart of Transylvania. Through an extremely circuitous path, I took over a non-profit that was trying to be an accelerator; I built a team and an accelerator programme, had an exit out of the first batch and raised the first accelerator/pre-seed fund in Romania, appropriately named Risky Business.When I first arrived onto the tech scene in Romania, start-ups were largely perceived as a dalliance for students or, at best, a way for students to gain some of the practical, executional, and critical thinking skills their universities were not providing. Programmes focused on hackathons, workshops on basic topics and, of course, perpetual pitching for investment—blithely ignoring the fact that there were never investors in the room.

“No investors” was often lamented as the reason that the Romanian start-up ecosystem lagged; it seemed a shallow analysis to me. In truth, most start-ups just never reached a fundable level. Although there were many hackathons, meet-ups and even, over time, programmes, these were largely created as marketing and recruiting efforts by real estate and other businesses. As a result, the focus tended to be on the number of participants and the event’s attendance, rather than quality and outcome.

Coming from outside of Romania, I was perplexed that none of the programmes took equity for participation, as is the norm for accelerators. After all—start-ups aren’t supposed to be charities, and an accelerator is supposed to provide valuable services, becoming a partner in building your start-up. The fundamental misalignment of incentives and governance structures that were created by the programmes run for marketing and recruiting had created a situation where, indeed, people understood start-ups as a fun thing to do and accelerators as charities that would give them some free workshops and perhaps a shared desk.

Obviously, that is neither sustainable nor particularly helpful for start-ups. Our programme became the first in Romania to take equity. The fact that some founders balked at the idea that they should have to give something, in exchange for receiving something, is telling of just how distorted the ecosystem had become. I’m happy to say that that mentality is slowly changing and now it is generally understood that it is the norm for accelerators to take equity and for both the start-up and the accelerator to have a proper contract outlining the relationship and expectations of each party within that exchange.

While lack of funding was not the primary challenge of the start-up ecosystem, it was an element; specifically, a lack of early stage funding was absent. Most of the funds in Romania had mandates that did not allow them to invest less than €300k or so—which is quite a lot in Romania, where you can live very decently on less than €1,000 per month. As our work with start-ups began to show results, including investments, a meaningful acquisition after 1.5 years, and so on, we decided to address this early-stage funding gap on our own.

As Dan Pitic, one of our advisers, pointed out, we should ask our teams to make an MVP (minimum viable product) to test the market before they (and we) invest large resources in going further. So, why not do this with a fund? Raise enough capital for one batch of start-ups and test the market’s ability to absorb and effectively use this capital, and indeed, our own team’s ability to invest it wisely. Bringing together some 30-odd investors who believe in our vision and team happened quicker than I thought it would. In fact, so much enthusiasm was gathered around the initiative that at one point we had to refuse investors and limit the capital, since we only wanted to raise enough to invest in one programme.

In March, 2017 we launched our first programme as Risky Business, moving on from the previous organisation, which could not evolve beyond a non-profit model. Although the brand changed and we shed the strangely misaligned governance structure of the previous organisation, the team and community surrounding us remained the same. We relocated to the Cluj Business Campus, which offered us their support to grow the new organisation.

The campus is quickly becoming an epicentre of innovation because of the unique vision of the owner and the community that is growing there. Without any marketing expenditure we received more than 250 applications in three weeks. Reading through all these applications was exhausting, but fascinating. Even though we are now out of our application cycle, we still receive an average of two applications per day. Indeed, there is much potential in the Romanian market—but the gap is no longer in funding. The gap is in the hard, and not very glamorous work of supporting these start-ups to go from valuations of €200,000 to €1 million. This challenge is not addressed by dispersing monies.

Since products and plans change so much at early stage, we evaluate the start-ups heavily on their team, their vision, their motivation, and their dedication. Currently, we work with 18 start-ups in different phases. Because we take equity from the start-ups we work with, we ask them to undertake a month long “boot-camp” period in which neither party makes any commitment except to do their best. This trial period gives us a chance to get to know the founders better, as well as their motivations, and to explore the potential of the team and business. Likewise, they get to see the same about us.

Although we still run many community activities and educational programmes through a non-profit, our primary focus is on creating successful and investable start-ups. Given that an exit from a start-up takes an average of five-seven years, we supplement our budget with revenue from product consulting and incubating products and spin-offs for companies.

Our model is quite simple: we fund start-ups with up to €20,000 from the Risky Business Fund, and the start-ups that need more receive co-investment from the investors in Risky Business. Our first investment was €70,000 in the start-up Ebriza, a cloud-based POS platform. The owner of a prominent restaurant chain invested alongside Risky, bringing his industry experience and connections to support Ebriza. The second investment was in Skillview.io, a market place for interviews. The co-investors in this deal were serial entrepreneur Sergiu Biris (co-founder of Trilulilu and LiveRail, which was sold to Facebook for $500 million) and Cristi Anghel. Regardless of whether our limited partners co-invest more than the fund, Risky Business always acts as a lead investor, setting the terms and valuation.

Start-ups that are developing a product in Romania often need to focus quickly on international markets, in order to be able to grow to a size that might eventually reward their founders and investors handsomely. The leading tech markets do not function like many local Romanian markets, where (political or family) relations, the lure of quick money, or outright corruption are often the oil that greases successful enterprises. As such, acculturation and global connections are a critical element of our programme.

Early on in my experiences in Romania, I was constantly advised, and even admonished, that I needed to adapt more to the local business culture. Although I strove to understand this local culture, some of it is simply unacceptable and blocks innovation. I refused to adapt to much of it and instead created a unique culture within our programme that helped start-ups to succeed locally and when going abroad.

One ongoing challenge the Romanian innovation and start-up ecosystem suffers from is a lack of transparency. When funding or acquisitions happen, the sums involved are rarely disclosed. This is often done to cover up poor results (start-ups exiting for €1) or convoluted and onerous terms. In the past, disadvantageous liquidation preferences, undue and improper access to clients, preferred supplier relationships with their own companies and other unfavourable conditions were frequently imposed on start-ups during investment, setting teams off to a bad start. Besides the burdens imposed by often unfair terms, the lack of transparency impedes start-ups from making informed decisions, including appraising their target valuation, which investors are best suited, and which programmes provide the most value etc.

Despite the challenges, seeing other start-ups come to Romania and appreciate the opportunities it offers, rather than complaining about what isn’t built yet, has boosted appreciation and momentum. Over the past years, foreign interest in the Romanian start-up ecosystem has slowly, but surely, increased. In 2017, some of the most prominent venture capital funds from Europe, including Passion Capital Atomico, , and many more attended Techsylvania and Start-up Avalanche to see what Romania has to offer.

For better or worse, in the coming years, the early-stage venture capital (VC) market in Romania will be flooded. The European Investment Fund will be placing some €40m here for seed stage start-ups. Of course, others funds will follow. One might imagine that this sudden influx of capital would intimidate a small operation such as ours. However, the true challenge is always finding qualified start-ups to invest in and effectively supporting them. Romanian start-ups still struggle with product and market skills, in part because of the outsourcing mentality.

When it comes to early stage investing in the Romanian market, the successful investor will be the one that doesn’t shy away from and is capable of the hard work of creating pipeline, adding value, and seeing potential where others cannot. In this, Romania is just like any other market: in early-stage investing, money is fungible—value added is the deal maker. Or, you might say: it isn’t the size (of the fund), but how you use it.

Jennifer Austin is co-founder of Risky Business, the first acceleration fund in Romania. In 2013, Jennifer moved from California to Romania with her business partner, later creating Risky Business. Prior to this she worked in diverse business roles for both large firms and startups, across industries including tech, medical, law, and social. She holds an MBA from UCLA Anderson and a BA in international business and marketing from Cleveland State University.