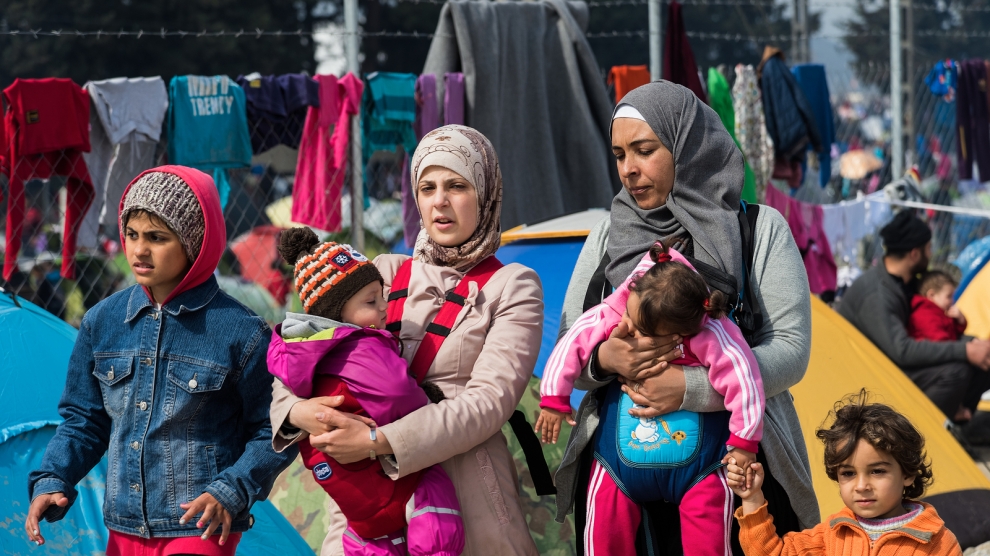 Opposition to the Global Compact on Migration is driven more by politics than reality. But dismissing criticisms for not being grounded in fact misses the point; these reactions point to a broader disillusionment with multilateralism that may shape migration for years to come.

Since the United States first dropped out of the compact a year ago, hiding behind a call for ‘America first’, at least 10 other countries have followed suit. In Central and Eastern Europe, withdrawals from Hungary and Austria opened the door to dissent from Bulgaria, the Czech Republic, Poland, and Slovakia. And even countries that still formally support the Compact have weathered internal challenges from opposition parties, including in Estonia, Finland, Germany, Italy, and most recently Belgium and even Canada.

The compact, painstakingly negotiated over a period of many months, is a voluntary, nonbinding document that seeks to mitigate the challenges of migration while harnessing its benefits. Its main tool is a benign set of 23 objectives to make migration safe, orderly and regular. The rationale is that certain transnational challenges – like human trafficking and climate change – are by definition beyond the abilities of any one state to manage on its own. And certain goals, like achieving mutual recognition of credentials and capturing better data on migration trends, can benefit both countries of origin and destination.

Yet the compact has become the newest lightning rod for anxiety about immigration and multilateralism, which is giving new life to populist platforms around the world. Its critics have accused it of trampling the rights of states, despite “respect for national sovereignty” being enshrined in three places in the document itself. Many countries (like Hungary, Poland, and Australia) have said the compact does not sufficiently distinguish between illegal and legal migration (despite the paragraph on national sovereignty specifically stating “states may distinguish between irregular and regular migration status.”) In aspiring to create the first ever global framework for migration, the compact has stoked the same fears that have put wind in the sails of populism across Europe – that an out-of-touch elite is dictating the rules of the game with little regard to states’ best interests.

Defenders of the compact have fallen into a common trap. By pointing to the text of the compact in an effort to demonstrate that opposition is misguided, they assume that opponents are motivated by facts rather than emotion. Unsurprisingly, these efforts have fallen on deaf ears. Instead of focusing on what people believe, it is more useful to look at why they believe it.

There are three principal fears being expressed:

1. States fear that the compact will curb their ability to control – and in particular, limit – migration.

The compact does not explicitly advocate for more or less migration. But countries are reacting less to what is written on paper and more to its implicit message (what Austria’s interior minister has called ‘an irresponsibly naive pro-migration tone’). Objecting countries question the compact’s basic premise – many believe norms could become binding, and that the compact does advocate for more migration (if not on paper, then at least in spirit). A recent debate in the Canadian parliament illustrated this fear, with a conservative leader arguing that nonbinding agreements could become “soft law” if we are not careful. The clear undercurrent is the belief that the compact will eventually encroach on states’ rights, even if it does not say so explicitly; thus objecting to it now is an easy way to demonstrate control in an area over which states feel they have little agency. And pointing back to what the text does or does not say will do little to quell these fears.

2. Migration is still seen as a zero-sum game, so there is inherent scepticism of a plan that claims it can benefit everyone.

Countries are intrinsically skeptical of the ‘win-win’ premise of the compact. Countries of destination, transit, and origin often have competing aims and goals that have long complicated bilateral and multilateral agreements on migration. Current EU priorities to curb irregular and lower-skilled flows may be wildly unpopular in countries of origin dependent on the remittances received from their nationals abroad, for example. And the question of returns remains one of the most contentious aspects of cooperation – in which there is an inherent asymmetry between states.

3. It attempts to sell people on long-term benefits at a time when many countries are experiencing short-term costs.

The compact sells a vision of what can be achieved over the long term if countries agree to put aside their differences in the interests of enhanced cooperation. But governments – particularly those being challenged by populist voices – are under pressure to address more immediate and visible concerns. The bottom line is that migration is messy, contentious, and does not benefit all the people all the time. If we have learnt anything from Europe’s experience with surging nativist populist parties, it is that failing to acknowledge people’s legitimate anxieties about migration does not make them go away.