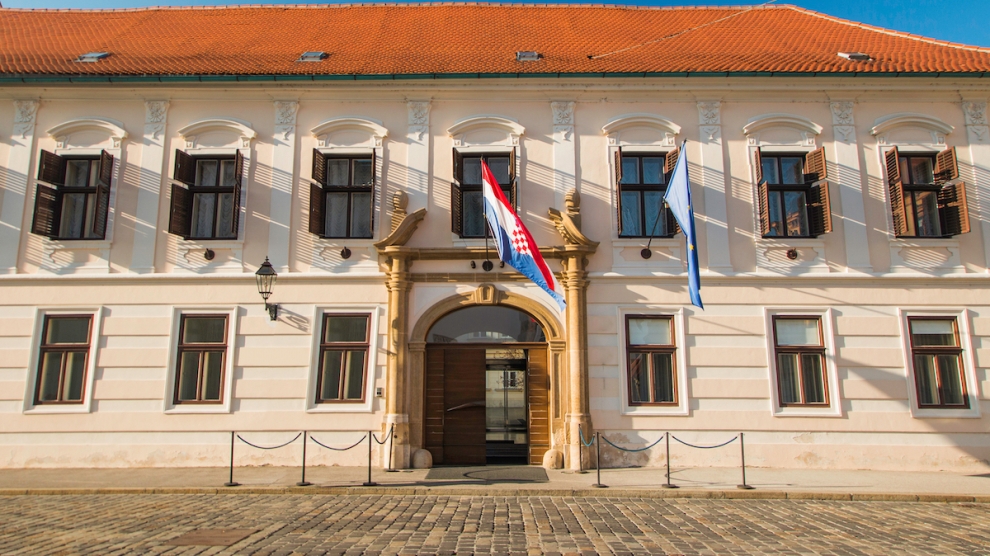 On January 22 2016, the Croatian Parliament finally ratified the new government giving it its necessary political legitimacy. This comes amid a daunting two and a half month post-election negotiation process between three parties (SDP, HDZ and MOST), in which the word turmoil can hardly describe the suspense, excitement and discontent amongst the media, the public, and the politicians themselves.

The new government is, for the first time in Croatian history, led by an unelected, non-partisan Prime Minister, Mr Tihomir ‘Tim’ Orešković, up until recently a person unknown to the majority of the public. His experience is laudable to say the least. He was CFO of a large multinational corporation, Teva Pharmaceuticals, which holds ownership over the biggest Croatian pharmaceutical company, Pliva. It was through his brief engagement in Pliva from 2012 to 2015 that Orešković first became known to the public, as he brought hope of new investment to reinvigorate the once pharmaceutical giant.

He is a Croatian from Canada, where he graduated chemistry from McMaster University, and got an MBA in finance. Due to the fact that he spent most of his years abroad he is less than fluent in the Croatian language, but this will hardly be the main challenge he has to overcome.

Croatia is facing some very tough issues in the years ahead. After having the national debt balloon to 90 per cent of GDP over the course of the crisis and recovery period, and after facing much difficulty in curtailing the 5 per cent budget deficit, it is clear that the sustainability of the domestic public finances will be the key challenge for the new government.

Croatia has been in the Excessive Deficit Procedure (EDP) of the European Commission for the past two years, so there is mounting external pressure to bring the deficit down to 3 per cent of GDP and to start lowering public debt. This will be even harder to push through given the fact that the coalition government in power is extremely fragile, and given that it is relying on support in Parliament from 11 political parties (the Patriotic coalition led by the conservative HDZ has, before the elections, assembled a total of 8 parties, to which they added MOST and Bandić Milan 365 to the official coalition, and have also acquired the support of HDSSB and a few minority members of parliament).

The challenge of maintaining the budget will be politically crucial. In their book Economic Effects of Constitutions (2003) Persson and Tabelini showed that countries governed by large coalitions (many parties in the coalition) tend to have both higher deficits and larger debt levels than countries governed by a single party or by smaller coalitions. It all comes down to satisfying partial interests, on which the vote of confidence for the government depends. It will be extremely difficult for a non-partisan PM coming from the business sector, an unelected technocrat with no experience in politics, to balance the needs of so many vested interests within his own government.

However, even more importantly than balancing the budget, Croatia needs dramatic structural reforms. The biggest problems Croatia faces are not of such a nature that they could be solved by short-term measures of monetary or fiscal policy.

Croatia’s problems are long-term in nature. They are institutional and structural. This is the crucial approach the new government has to understand and seek to undertake, no matter how difficult it might be. What Croatia desperately needs is an overhaul of the chronically inefficient and corrupt legal system, along with a reform of local government. These two reforms are essential in the fight against corruption and in attracting new investment. Unfortunately, the new government hasn’t placed much emphasis on these two issues thus far.

Furthermore, cutting red tape and curtailing the vast inefficiency of the public administration is another important factor in reinvigorating domestic businesses. This should also include cutting taxes (particularly on labour), para-fiscal levies (a big burden for businesses), and especially the large number of laws, regulations and provisions that make it difficult to start and operate a business in Croatia. These elements are included in the plans and goals of the new government, with the PM often emphasising the improvement of domestic doing business indicators. Being from the business sector, Orešković is well-equipped to understand the importance of lowering taxes and regulatory burdens to foster business activity and investments.

Combining these measures with a long-term emphasis on legal and local government reforms could be a way out of the long-lasting stagnation the country has found itself in. The sooner the new government realises this, the better. However, the crucial short-term challenge will be an immediate one – cutting the budget deficit and achieving fiscal sustainability. The success of the new government will be entirely measured through this aspect.

PM Orešković will soon realise the important difference between running a large corporation and running a government. He will have to make a tremendous effort to overcome the political obstacles he will be facing. The best we can do at this point is to wish him good luck!

Vuk Vuković is a lecturer of Political Economy, Principles of Economics, International Economics and Public Finance at the Department of Economics, Zagreb School of Economics and Management (ZSEM). He is a research fellow at the Adam Smith Institute in London, a Co-Founder and VicePresident of the Adriatic Economic Association. He was a visiting scholar at the University of Cambridge. He has published in top academic journals in addition to writing articles for newspapers and think tanks. He also runs the im-an-economist.blogspot.com blog.

Two And a Half Years Since Croatia Joined the EU, And What Now?
2016 — a Year Of Revival In the Croatian Real Estate Market
Comment