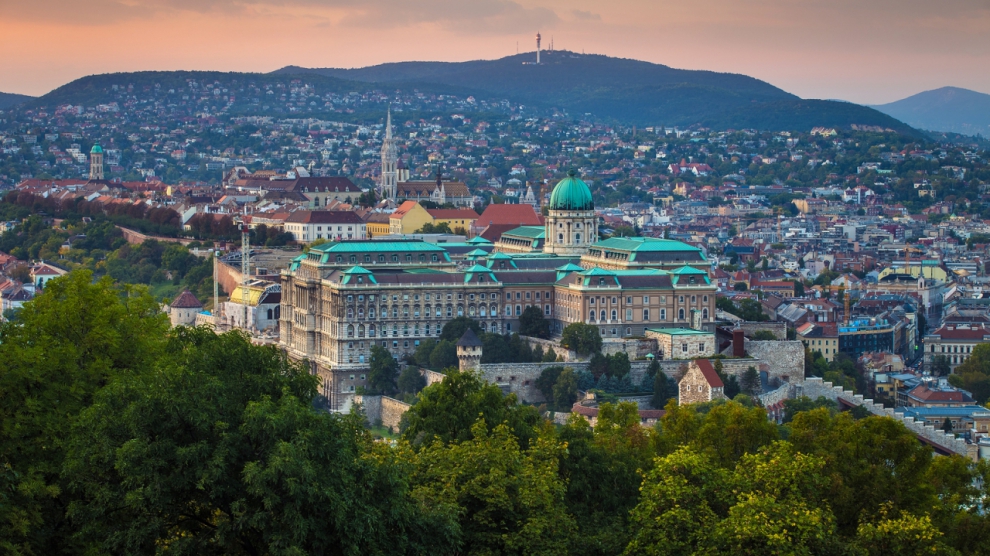 According to the Merriam-Webster dictionary, a city-state is “an autonomous state consisting of a city and surrounding territory.” It is a type of small independent country frequently also referred to as micro-state. There are multiple examples of such entities in the modern world, such as Qatar, Brunei, Kuwait, Bahrain or Malta. Historically, cities such as Rome, Athens and Carthage would also fall into this category.

Arguably, the most significant historical period for European city-states was between the 9th and 15th centuries. After the fall of the Western Roman Empire, a number of small independent states, located mostly in the north and centrr of the Italian peninsula, were able to enjoy a high degree of independence from their formal sovereigns. Cities such as Venice, Genoa, Pisa and Amalfi emerged as strong, independent maritime republics. Trade, shipbuilding and banking helped those states support their naval power in the Mediterranean, which, in turn, ensured their independence. These cities became important commercial hubs. They were less economically linked to the rest of the peninsula than they were to one another and, by extension, to all the other important Mediterranean port cities. This meant that a merchant from Genoa could devour his favorite olives from Greece during a business meeting with his Egyptian associate, while a peasant from the interior of the peninsula had never even heard of the Mediterranean.

Today’s central European capital cities such as Prague, Bratislava and Budapest are hardly medieval Italian city-states. However, they do have something in common: they are diverging exponentially from their surrounding areas, economically and, as a consequence, politically.

Since the fall of the communist regimes in Central Europe, all the above-mentioned cities have been fully integrated into global supply chains. Numerous multinational corporations seized the chance to take advantage of a highly qualified yet relatively cheap labour force. From pharmaceutical companies to major banks and global retailers, all firmly established their presence in the central European capitals.

Moreover, many talented young individuals quickly utilised the opportunites that the free market gave them; they created companies that allowed them to profit from their skills and expertise. Today, many of those companies are some of the largest in their respective fields. For example, Prague-headquartered internet security firm Avast Software runs the most popular antivirus on the global market, and it has the largest share of the market for antivirus applications. Similarly, the company that measures social data for half of the Fortune 500 companies, Socialbakers, was also founded in Prague. Another Emerging Europe capital city, Budapest, regularly features on lists of Europe’s largest technology clusters. Last year, Budapest placed 7th in the European Tech Cities ranking, ahead Istanbul, Bucharest or Tel Aviv.

The rapid technological development coupled with enhanced connectivity of the central European capitals to the global economy meant that the traditional manufacturing base slowly gave way to the predominance of the service sector. In 2014, 81 per cent out of all people employed in Prague worked in services. This wouldn’t be an issue if the rest of the country saw similar changes. This, however, hasn’t been the case.

As a consequence, the capital regions in central European countries began to dramatically diverge in terms of GDP growth from the rest of their respective countries. When compared to the average GDP level of the aggregate of all non-capital Czech regions, Prague’s economy has throughout the last 15 years been more than twice as large as that of the average Czech region. In the case of the Czech Republic, the capital region has been growing at the same pace as the rest of the country since 2002. This means that Prague hasn’t been diverging economically from the rest of the country, but it hasn’t seen any convergence with the other regions either.

This situation is even more dire in Hungary and Slovakia, as both Bratislava and Budapest have been, in terms of GDP growth, diverging from the rest of the country at a rapid pace. In 2015, Budapest region’s GDP was three and a half times higher than that of the average Hungarian region. Bratislava has been diverging more slowly, with its economy being 46 per cent larger than that of the average Slovak region.

Perhaps even more telling are the figures for purchasing power per capita, a statistic that compares local GDP with current market prices in that region. According to the latest Eurostat figures, Prague’s per capita purchasing power as a percentage of the EU average was 178 per cent, making it one of the richest regions in the whole of the European Union. The Slovak capital region of Bratislava stood at 188 per cent of the EU average, rated slightly above Prague. The two capital regions of the former Czechoslovakia have thus become some of the richest urban areas on the European continent, while the rest of their respective countries lie well below the European average (Czech Republic 87 per cent, Slovakia 77 per cent). In other words, central European capital city dwellers are more like the Genovese merchant, while their fellow nationals living outside of the capital regions have more in common with the peasant who never heard of the Mediterranean.

There is a whole variety of multiple different problems stemming from this divergence, but perhaps the most pressing has to do with politics. While economic disparity doesn’t always have to lead to a growing political divide, it has certainly been the case in Central Europe in recent years. For example, in 2014, the Hungarian national conservative Fidesz – Hungarian Civic Alliance completely dominated parliamentary elections, winning 133 out of 199 seats. The opposing left-wing Unity Alliance was able to succeed only in Budapest. Last year’s Czech parliamentary elections were easily won by the populist party ANO 2011, founded by the second-wealthiest person in the country Andrej Babis. While ANO 2011 received the largest amount of votes even in the capital city of Prague, they were very closely followed by the Czech Pirate Party, running on a ticket of safeguarding civil liberties on the internet and introducing an e-government.

The growing economic divergence in Central Europe is a problem that will not solve itself solely by market means. It requires outside intervention. Both the EU and national governments need to increase their spending on regional development, primarily on infrastructure and education. Central European governments also need to give multinational corporations stronger incentives to move their operations to smaller cities, not just Prague or Budapest. Unless this starts happening soon, all the negative attention that the so-called bad boys of Europe Poland and Hungary have been getting from the mainstream media might be shifted to the two central European countries that have thus far remained much closer to the core of the EU: the Czech Republic and Slovakia.