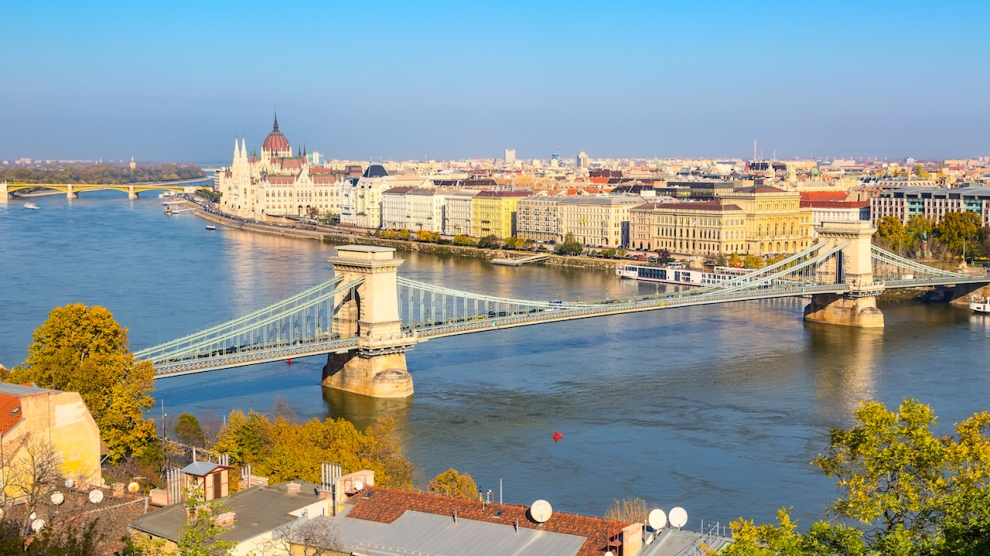 In November 2016, Slovenia amended its constitution to make access to drinkable water a fundamental right for all citizens and to stop it being commercialised, thus becoming the first European Union country to include the right to water in its principal document. Only 15 other countries across the world have done this, before Slovenia, according to Rampedre (the online Permanent World Report on the Right to Water).

No creature can live without water, which is a basic right, but not everyone has access to it. It is still an everyday struggle to secure a water supply for every tenth individual living on the planet — as many as 663,000,000 people. It is mostly the women’s job to organise it for the family. There is a usage gap between continents, for example Asia’ water needs are sky rocketing because of industry, agriculture and population growth. The gap forecast shows that in the most developed part of the world, the population uses only five-ten per cent of water to drink while the rest is consumed by flushing toilets and/or taking showers.

Who can change today’s situation to provide actionable sustainability and answers to questions about availability. Who can mobilise both the haves and the have-nots? How can societies, from the seven billion of us who live in different parts of the earth, act to secure our water for today and tomorrow?

The around 2,000 delegates, who participated in the recent Budapest Water Summit 2016, which was organised in a concert hall and a cultural palace near the Danube river, tried to find answers to these questions. Interestingly, 19 countries (including 15 from emerging Europe) and more than 81 million people share the Danube River Basin. This makes it the world’s most international river basin, which also means that Budapest is a great place to host the summit; but let’s get back to the subject of water.

“There is more cooperation over international waters than conflicts. In fact, about twice as much,” said Lynette de Silva (Director of the Programme in Water Conflict Management and Transformation at Oregon State University in the United States of America).

“Approximately 309 rivers have cross-political boundaries of two or more countries, and are the primary source of freshwater for over three billion people. This can pose contentious water conflicts. The fields of water dispute resolution and water conflict management offer process tools that can help to provide equity and fairness, for women and the disenfranchised. These tools also provide additional resources and bargaining skills, beyond just water disputes, particularly for women in addressing social, economic and political needs. These skills can be honed in a more systematic way, through institutions that specialise in such training, for example the Oregon State University, UNESCO/IHE-Delft or Tufts University.  A Transboundary Freshwater Dispute Database is also a good resource!” Ms Silva continued.

Zaki Shubber, lecturer in Law and Water Diplomacy at the UNESCO-IHE — Institute for Water Education – in the Netherlands, pointed out that “UNESCO-IHE was established in 1957, originally following a request from Bangladesh having suffered from severe floods, for educating its engineers. Since then the Institute has trained over 15,000 professionals. Education, research, and capacity building are core activities of the Institute, which includes a variety of water-related disciplines.” She stressed that the role of women in trans-boundary water cooperation and management is an issue that has increasingly come to the fore recently.

“The Water Diplomacy Symposium, organised by SIWI, in Stockholm in November this year, was one of the first forums where the important challenge of women’s participation was discussed” – she added. Building on this momentum the Budapest Summit had a female session for the first time.

Now, according to Marta Szigeti Bonifert, executive director at the Regional Environmental Centre (REC) for Central and Eastern Europe, the organisation has educated 45,000 teachers about water sustainability over the last 26 years (out of which 34,000 were women). The international organisation was established in 1990, following the historic visit of President Bush to Hungary, in 1989, when he recommended establishing an environmental centre to assist in addressing the ecological crises that the emerging democracies were facing.

Today, the Charter of the REC has been signed by 32 countries and the European Commission, contributing to sustainable development in the CEE region and beyond. I always find it fascinating, what drives a leader, in this case President Bush, to initiate change through a gesture. As we heard in the panel discussion: in 1989 it was based on a simple impression. President Bush just thought it was time to make a positive contribution to the development of a country at the time of its system change, 26 years ago.

NGOs can play a key role in pulling people, who live in an economic location, together across borders. Hellen Natu, regional manager of the Nile Basin Discourse, in Uganda, shared another fact: “18 per cent of our leadership is female and we keep working on it.”

According to Ms. Natu “The Nile Basin Discourse was started 13 years ago, by civil society organisations, together with the support of development partners and the World Bank. There was also strong local activity and local players who advocated for the enhanced livelihoods of grassroots communities, especially women, in the ten Nile Basin countries: namely: Burundi, D.R. Congo, Egypt, Ethiopia, Kenya, Rwanda, South Sudan, Sudan, Tanzania, and Uganda. Capital is scarce in the region therefore “enhancing financing of grassroots communities especially women through linkage to private sector,” are very much needed, Ms. Natu stressed in her closing remarks.

Blanca Jiménez Cisneros, Director, UNESCO — Division of Water Sciences, represented IHP, the intergovernmental International Hydrological Programme of UNESCO, in Budapest. Her point was that 15 per cent of the Budapest Water Science Summit speakers were female.”

“Water cooperation, among users, including de minimis users, land and water managers, administrators and sector ministries, and multiple countries sharing common water resources, is at the basis of sustainable development and the achievement of the UN Sustainable Development Goals. In the last two decades, great advances have been made with the support of the international community, and we now have exemplary cases and best practices from the local to the global levels. Moreover, two agreements that further strengthen cooperation and the framework of international water law, are now in force: the 1992 Convention on the Protection and Use of Transboundary Watercourses and International Lakes (UNECE Water Convention) and the 1997 UN Convention on the Law of the Non-Navigational Uses of International Watercourses,” she added.

Hungarian Ambassador Viktoria Horvath pointed out the recommendation, in the Budapest Water Summit’s closing document, that “ensuring and enhancing women’s real involvement in all phases of water management to ensure the successful implementation of the 2030 Agenda” is an important milestone in building water’s future on our globe. “The best solutions can emerge with the involvement of women,” she highlighted in her speech.

Key international institutions, academia and NGOs took an active part in the summit but there were only a few business representatives amongst the speakers. Additionally, as the former South Korean PM, Han Seung-soo, pointed out at the opening plenary, finance ministers were missing. As Jeffrey R. Immelt, CEO at GE, repeated, “it is true for water-related infrastructure that needs to be developed and operated on the long run. Somebody has to finance it.”

For this reason, business representatives, investors, government officials, heads of public and private utilities and financial institutions, should definitely be engaged in the debate in upcoming summits. A positive impact can be made on life on earth, if all stakeholders are represented in the same room, and are connected and engaged. Slovenia’s initiative to include assess to water as a basic human right in the country’s Constitution shows a change is possible.

The solution to Europe’s digital challenge should work for everyone, everywhere

Squatting Slavs: One of the internet’s best-known memes is evolving

Politics of memory and memorialisation: Is there an inclusive way forward for the Western Balkans?

Will emerging Europe get a ski season this winter?