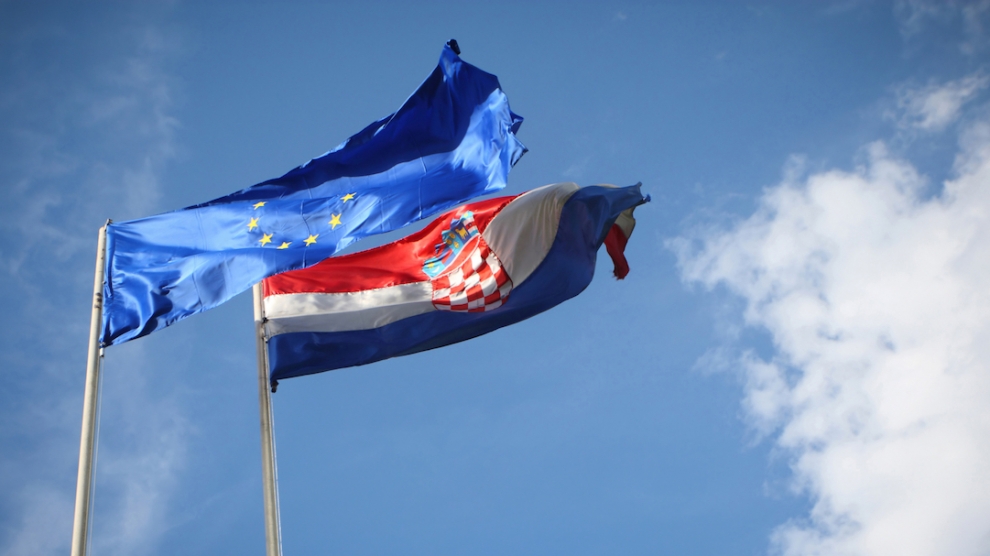 Last week the Croatian Permanent Representation in Brussels organised the first gathering of Croat nationals working in the EU institutions. The first networking event, regularly organised by other perm reps as well, came 2.5 years after the country’s membership in the Union. It was a beautiful sight to see — a couple of hundred young, bright, and motivated colleagues. The overall feeling was “a bit late, could have been done earlier, but ok, the Perm Rep is getting there”.

This sense of “late, but getting there” permeates a number of recent, important events in the country, starting with EU membership itself, which for Croatia meant an escape from the “Balkans”, and a return to “Europe”, symbolising the final act of completing the national statehood project. It came late, after a blockade by Slovenia, protracted transition and accession negotiations, and ultimately without much fanfare.

Experts and elites were still satisfied, with high expectations from the EU funds hoping to replace the state budget expenditure for infrastructure and various subsidies, stimulate the economy, and decrease the country’s debt. Croatia was allocated more than €10 billion for the 2014-2020 period. For comparison, the six accession countries (Albania, Macedonia, Serbia, Bosnia-Herzegovina, Kosovo and Montenegro) received only €7 billion, combined.

Croatia was assigned ten times more than an accession country; a very tangible benefit of the club’s full membership. The role model for absorbing the funds was Poland, but the Croatian administration’s initial performance was below expectations – with the country struggled to nominate enough mature and eligible projects to maximise use of the EU money. After much noise, the situation has improved, with another “late, but getting there” conclusion.

Croats know the advantages of improved infrastructure. The completion of the Zagreb-Split highway had figuratively transformed the country from mid-sized to small. Now the EU has launched the Connectivity Agenda for six of Croatia’s southern and eastern neighbours, with a special emphasis on the preparation and financing of concrete regional energy and transport investment projects.

The Union has assigned €1 billion for construction, as a driver for growth and jobs, and to help attract further investments. In a region with no navigable rivers south of the Sava and Danube, and many mountains of irregular formation, the movement of goods and services has been, historically, severely hindered.

Improved links within South East Europe and with the EU, creates routes and opportunities for businesses and people, as well as contributing to good neighbourly relations. It is an opportunity for Croatia too, to use its political clout as an EU member state over its former Yugoslav republics and to identify opportunities for its economy’s participation in connecting the politically-compartmentalised and economically-marginalised region.

Much lip service has been paid in the media to the flagship LNG terminal and IAP (Ionian-Adriatic Pipeline) projects, however more has to be done to identify gas demand in Central Europe and to secure finance. With nothing to lose and gains to be made, Croatia should be more proactive in both the Western Balkans 6 and the Visegrad 4+1. Again, it is a case of, “late, but getting there”.

The country of 4 million, with its declining population, hasn’t identified a strategy or plan, or had much discussion on demographics or immigration. The new President, Kolinda Grabar Kitarovic, at the onset of her mandate, tried to introduce the republican integrative model of ius soli, of the type of France or the U.S., but was met with fierce resistance from the political left.

Similarly, any mention of Croatia’s change of status from transit to recipient country for the current Middle-Eastern migrants has been met with strong resistance from the right-leaning establishment. Demography has become an election issue in the most recent parliamentary campaign, albeit accompanied by jokes about stimulating higher birth rates. Nevertheless, the problem has been identified, and some contribution to alleviating the issue is expected.

Strong political divisions of left-right ideologies have severely distracted the focus on the economy introduced by the newly elected government of PM Tihomir Orešković. Many experts, who had already given up on substantial change and expected a “Greek” scenario for the country, have now been encouraged by this unexpected turn of events in the recent parliamentary elections. A non-partisan, business-oriented Orešković clearly set as his top priorities, the reduction of debt (with simultaneous budget deficit), better credit rating, and the Doing Business reforms.

Croatia is a country of renowned scientists, musicians, soldiers and sports medallists, but often less relevant and competent politicians and public administrators. Now it has been given another chance to improve on the latter.

Davor Kunc works in the European Commission’s Directorate-General for Neighbourhood and Enlargement as Programme Manager for Energy & Transport. He is responsible for the regional programmes of Instrument for Pre-Accession, covering the West Balkans. Earlier, he worked for the World Bank in Washington, DC and government and corporate sectors in Croatia. He has a BSc in Economics from the University of Zagreb, and an MA in International Economics and European Studies from the Johns Hopkins University SAIS in DC. Twitter: @DavorKunc

TTIP: With Or Without? The Impact Of TPP On TTIP Negotiations And Why Poland Should Be Concerned About It.
The New Prime Minister Has the Important Goal Of Cutting the Budget Deficit
Comment