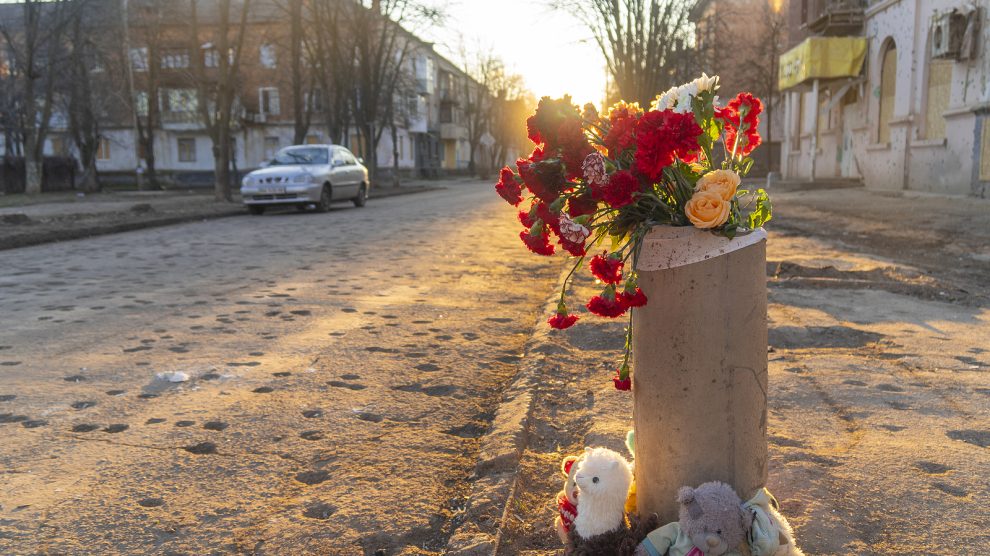 Only membership of both the EU and NATO can protect Ukraine and the collective West. The only thing Putin fears is power.

For imperialist Russia (in this context, Russia from Peter І until today), independent Ukraine – with its own language, culture, history and the ability to make independent decisions about its domestic and foreign policy – did not exist, does not exist and cannot exist.

The basic law of geopolitics is that if the empire does not expand, it dies and falls apart. The Russia of the time of Peter I expanded by subjugating and eventually annihilating enslaved peoples.

The 18th century is a good example of Vladimir Putin’s main goals in the current Russian-Ukrainian war: First, the enslavement of Ukraine, then the assimilation and physical annihilation of those who resist. We also already understand that Putin’s sphere of interests includes the lands of Poland, the Baltic states and others that were once under Russian (and/or Soviet) occupation.

For almost all of the 19th and the beginning of the 20th centuries, Russia (as an empire) was involved in wars, which weakened it and eventually led to its initial collapse.

The creation of the Soviet Union was, in fact, a restoration of Russia as an empire because of the re-occupation of Ukraine, Belarus, all the Baltic countries, the Caucasus and Central Asia. In addition, spreading its influence on Poland, Czechia, Slovakia, Hungary and others.

Putin’s rise to power in the early 2000s actually marked the beginning of the restoration of the Russian empire once again. After the two Chechen wars and the final occupation of Ichkeria, Putin’s next goal was Ukraine.

All these years, the task of Putin’s Russia was to make Ukraine the so-called “Belarusian case”, that is, to actually commit to an Anschluss, or to occupy and destroy those who disagree with the occupation (the Ichkeria option). As we can see, neither the first nor the second option has been successful, yet.

In 2014, the year when the Revolution of Dignity took place in Ukraine, the country agreed associate membership with the European Union and clearly demonstrated that its geopolitical direction was in favour of both the EU and NATO.

Such a geopolitical arrangement became threatening for Putin and his government, because after all the reforms in its economic development, Ukraine became much more powerful than Russia, which is rich in natural resources.

A Putin voter could reasonably ask why the average Ukrainian lives better than he or she does? Economically strong and integrated into the EU and NATO, Ukraine is the biggest threat to Putin’s Russia.

That is why it was decided to start a war, take territory, spread chaos and destruction in Ukraine and then tell its citizens: “Do you see what is happening there? And all because they wanted to join the EU and NATO”.

The defeat of Ukraine would mean its physical annihilation: either immediately or at some stage afterwards.

The process of negotiation and “freezing” the conflict will lead to a new war in two, five or eight years as in the case of 2014 and now. The task of Russia is to subjugate the entire territory of Ukraine, and the maximum physical destruction of all those who will oppose the occupation.

Putin is trying to destroy everything and everyone who shows signs of Ukrainian identity: he is doing to Ukrainians exactly what Hitler did to the Jews. The defeat of Ukraine or the “freezing” of the war (negotiations) is only a postponement of the death of every Ukrainian as an individual and of Ukrainians as a nation.

Why does the West help Ukraine?

Before the start of the war, almost all Western special forces, public officials and especially the administration of US President Joe Biden, said that Russia would attack. At the same time, Western leaders predicted that Ukraine would fall in three days, during which time the capital city of Kyiv would be occupied.

Those predictions did not come true, Ukraine and its capital city survived. This can be considered a turning point in levels of concern and sympathy – and help – from the West for and the feeling that Russia can be defeated.

In addition, I want to emphasise that the EU and the US understand that if Ukraine is not helped now, there will be many more similar economic and migration crises in the future.

The EU and the US will be forced to spend much more resources than now. The collective West understands that if we help Ukraine to return all its territories now, even with great sacrifices for both sides (for the West – the economy, for Ukraine – the deaths of thousands of people), then after the victory, Ukraine can be quickly accepted into the EU and NATO.

And there’s more. The West gets a country in which to invest, and secondly, security on its eastern border. Thirdly, this already concerns the EU directly – the EU, having included a country like Ukraine in its structures, can become even more independent as a geopolitical player that will no longer look for constant assistance from the US.

Long-term, only the accession of Ukraine to NATO can protect Ukraine and the collective West. The only thing Putin fears is power.

NATO’s collective security is the only protection (of both Ukraine and the West) against Russian expansion. It is clear that in the conditions of war it is impossible to do this for various reasons. Therefore, today, the task of Ukraine remains to continue to fight on the battlefield until victory, and the task of the collective West is to help Ukraine with all the necessary weapons to achieve that victory.

After its military defeat, Russia will weaken as it did after World War I and later after the collapse of the USSR; most likely the regime will fall. What will take its place, a successor of Putin’s ideas or a person with more liberal views (for example, Alexei Navalny), is currently difficult to predict.

It should not matter to us, because if Ukraine wins and joins the EU and NATO, Russia will no longer dare to attack, because it will understand the consequences and know that its potential enemy is stronger.

Russia understands only force, and only force will stop it.

Andrii Kutsyk is a doctor of philosophy at the Research Institute for European Policy and is the secretary of the European Journal of Transformation Studies.