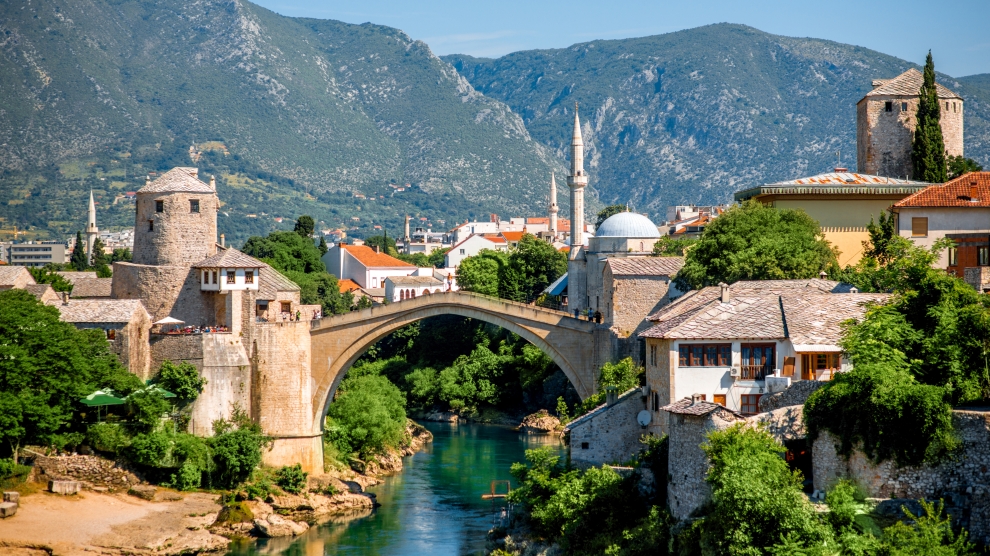 A country of four million, with ten thousand young people leaving it every year to seek a better life. The unemployment rate is one of the highest in Europe, as is the level of corruption. Thousands of stray dogs roaming Sarajevo or Zenica streets are a depressing symbol of the country’s downfall. This is Bosnia and Herzegovina 20 years after the bloody war.

This picture may be considered one-sided. Bosnia undoubtedly has its strengths: a low inflation rate, a very stable currency (pegged to the euro), a quite well educated European society. After several delays, the Stabilisation and Association Agreement with Bosnia and Herzegovina entered into force in June 2015, giving its people European Union integration prospects, albeit distant.

Despite all the strengths, the overall picture is quite depressing. The scale of Bosnian emigration is best shown by the fact that remittances account for as much as about an eighth of Bosnia’s GDP. Based on the World Bank’s data, the youth unemployment rate is the highest in the world (in 2013, it exceeded 60 percent). Bosnia’s Corruption Perceptions Index in Transparency International’s ranking dropped to 39 points, which makes Bosnia and Herzegovina similar in that respect to the likes of India and Mongolia.

The heritage of the war and the permanent lack of social security are reflected in health statistics. It is estimated that one-third of the entire Bosnian population suffer from post-traumatic stress disorder and even more have depression. In such circumstances, prevalent domestic violence is a current problem and political violence is a potential problem. In April 2015, a 24 years’ old Bosnian Islamist opened fire at a police station in Zvornik, killing one and wounding two policemen. This may be considered an isolated incident (although it was not the first act of violence in Bosnia in recent years) but also an indication of even more alarming developments.

The political institutions are weak and ineffective (as demonstrated by last year’s flood). If the Serbian-Hungarian border is successfully closed, waves of refugees from the Middle East may head for Bosnia, completely destabilising the country.

Bosnia and Herzegovina’s problems are usually explained by the irresponsibility of its politicians (in the first instance, the Russian-backed leader of Bosnian Serbs Milorad Dodik) and a bad constitution. It is true that the extremely complicated political system adopted in the Dayton Accords, ending the war, is not conducive to transparency and effectiveness. However, it appears that the problem goes deeper.

Every country, especially one which wants to become a liberal democracy, not only needs working institutions but also a certain level of legitimacy. The ethnically-divided Bosnia lacks such legitimacy. Serbs and Croats, who make up the majority of the country’s population, only weakly identify with the republic they have to share with Bosniaks. This is clearly apparent at sports events but first of all on the political scene. Virtually all the parties are ethnic-based and the concept of the common good invoked by politicians is largely limited to the interests of a single ethnic group.

In such conditions, any major constitutional reform gets thwarted by the strong ethnic identities nurtured by local leaders and the lack of trust among the communities. Citizen pressure to reform the state, usual in such conditions, becomes difficult to sustain if a question quickly arises: “Is this our country?”

However, the European Union, despite its own problems, still has a potential to help Bosnia. It has considerable funds at its disposal and enjoys support from all the ethnic groups. The reforms supervised thereby may solve at least some social and economic problems. The EU’s carrot and stick approach is effective in getting the desired behaviour from local politicians. However, the EU must acknowledge the fact that this is a high-stakes game: instability of Bosnia and Herzegovina will sooner or later hit Europe.

However, the EU should adopt a more realistic policy than hitherto. As 20 years of efforts have failed to make Bosnia a unified, integrated country, the chances of success in the future are slim. A compromise modus vivendi among the ethnic groups is probably the only realistic option for today’s Bosnia and Herzegovina.

In the event of a coincidence of unfortunate, though possible, circumstances, Bosnia and Herzegovina may get reduced to a failed state in the middle of Europe. Arguably, now is the EU’s last chance to make the country “like the tower in Pisa, without the beauty, but working“, as Zoran Milanović, Prime Minister of Croatia, vividly put it.

Krzysztof Kowaluk is a political scientist interested in the Balkans and Central Europe. He received a PhD from Warsaw University for his thesis on contemporary political thought. He has been involved in a variety of educational projects promoting civil society in Poland and Lithuania. He lives in Warsaw.
Twitter: @KrzyKowaluk

Romania Is Set To Grow But a Number Of Issues Need Fixing
Is the Macedonian Government Mortgaging the Country’s Future?
Comment