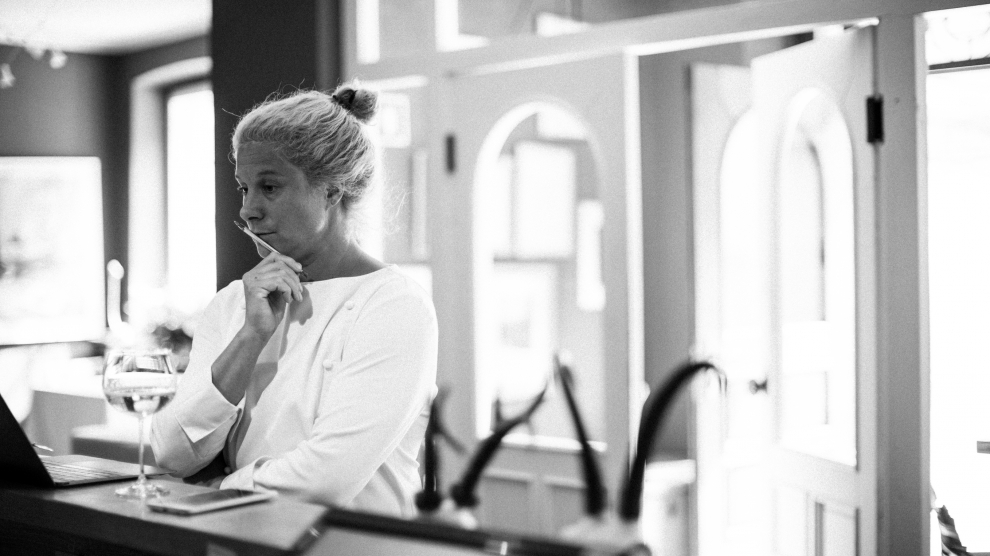 Multi-award winning chef Ana Ros is one of the best-known Slovenians in the world, particularly since her appearance on Netflix’s Chef’s Table series. And yet as she tells Craig Turp, prior to taking over in the kitchen of the Hiša Franko, she trained for, and pursued, a career in diplomacy.

Slovenia’s best restaurant – and indeed, one of the finest restaurants in all of emerging Europe – is not found in the country’s capital Ljubljana. In fact, it’s almost not in Slovenia at all, sitting as it does high in the hills above the small town of Kobarid, just a few kilometres from the Italian border. Food, you might say, on the cusp.

Hiša Franko has been many things over the years. A roadside inn, a village mill, a country pile, a hospital during the First World War, a huge agricultural estate and finally the sublime restaurant and hotel it is today. Ernest Hemingway is said to have been treated here for a wound he received on the Isonzo Front. A Farewell to Arms is set in these parts. There is no doubt that the modern Hiša Franko would certainly be a Hemingway favourite, earthy luxury which attracts a crowd of the well-traveled and the well-fed.

With such a past and such a present – the place has won numerous awards – it is somewhat surprising to learn that the architect of Hiša Franko’s current success, Chef Ana Ros, came to cooking by accident.

“I never dreamed of being a chef,” she tells Emerging Europe. “I studied International science and diplomacy and began a career as a diplomat. I quit because I fell in love with Valter.”

“I started cooking because someone needed to take over the kitchen: it needed somebody with a vision. Valter was totally concentrated on the wine business – Slovenia is a motherland of organic wines. His work with Slovenian wines has the same importance as mine. We complement each other.”

Part of the vision Ros has brought to Hiša Franko was inspired by the legendary Osteria La Subida, not too far away on the other side of the Slovene/Italian border. Valter would take Ana there whenever he felt the need to apologise.

“Joško Sirk, the owner of La Subida, is one of the wisest persons I have ever met,” says Ros. “He has always followed our work and has given us a lot of advice as we have taken our steps along the road.”

The Soča valley in which Hiša Franko sits is a paradise destination: turquoise wild waters , green natural pools of a warm Nadiža river , almost tropical forests and flowering pastures. Behind the restaurant, there is a huge herb, flower and vegetable garden, and beside it you can hear a lively creek, home to a small family of trout.

Does the house, and the setting, influence the creative process?

“I never really thought about it,” says Ros. “I do not believe the building has anything to do with our food but it probably influences somehow the mood of guests and people who work in it.”

Committed to using local produce, Ros tells us that when she first began cooking at Hiša Franko, she had little choice.

“I actually had a problem to source the produce because suppliers were not interested in coming to Kobarid,” she says. “So we needed to create a chain of producers around us to be able to cook at all. Today there are more than 100 people who garden, forage, farm or fish for us. They all come from our environment. I think that Hiša Franko could be an example for the sustainable food chain.”

Hiša Franko is one of a number of Slovenian restaurants which have done a great deal over the past few years to change attitudes towards food in the country, always maintaining, however, a link with countryside.

“Slovenians, traditionally, are not a nation of foodies. We are simple diners with our life deep rooted in the countryside. Our traditional food is good but very heavy. This is why the evolution today seems so quick. New generations are very aware of the importance of the product and they are more and more interested in gastronomy.”