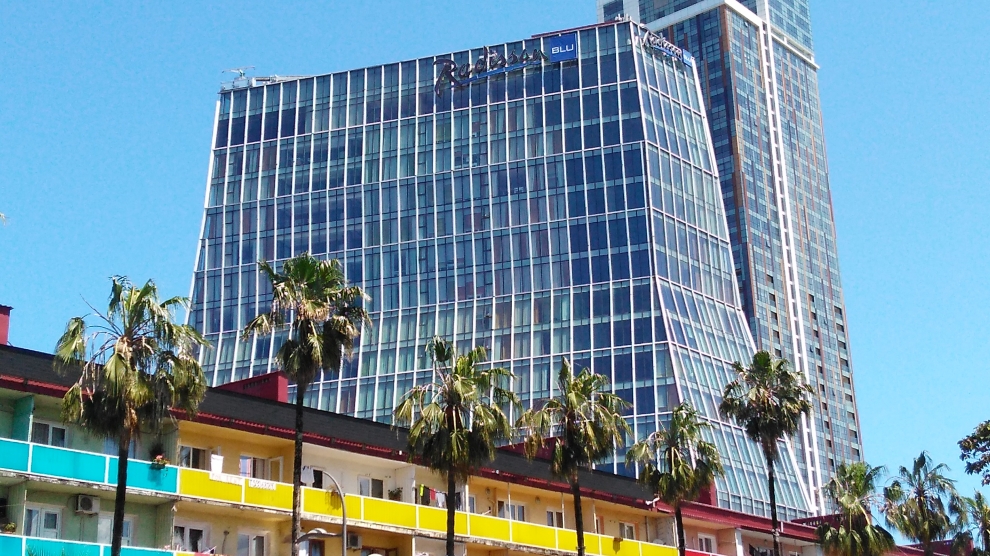 Batumi has long been Georgia’s playground. And yet while most visitors come to enjoy the long, sub-tropical summers on the beach or to try their luck in its many upmarket casinos, Craig Turp discovers that there is far more to the city than sun and gambling.

Getting to Batumi from most western European cities is currently not as easy as it should be. Only a few flights serve Batumi’s airport, two per day from Istanbul and others from Tel Aviv and a number of cities in Russia and Ukraine. Kutaisi Airport, to which Wizz Air operates flights from several destinations, is two hours away. If the city wants to increase the number of visitors from western Europe, as its tourism department told me it does, then direct, preferably low-cost flights will be needed. In the meantime, the very fact that it is a challenge to get to gives it an off-the-beaten-track feel which many travelers will find makes it well worth the effort. I certainly did.

Las Vegas on the Black Sea

Batumi’s soaring skyscrapers, clearly visible as planes approach the city, are evidence of the impressive economic growth which Georgia has experienced over the past decade. Indeed, there is more evidence of how far Georgia has come in recent times here on Black Sea than there is, certainly at first glance, in the country’s capital, Tbilisi. The short drive to the city centre from the airport (where the long queues at passport control owe less to inefficiency and more to the fact that the customs staff enjoy engaging in banter with each and every passenger) is the perfect introduction to the surreal world of Batumi. Rustaveli Avenue, named after Georgia’s best-known poet, follows the shore of the Black Sea and many of the buildings which have shot up over the past few years, not least the many five-star hotels, are opulent and palatial. The more unkind might suggest that a couple are borderline kitsch. They, and the casinos within them, give Batumi’s seafront an air of Las Vegas by the Sea. 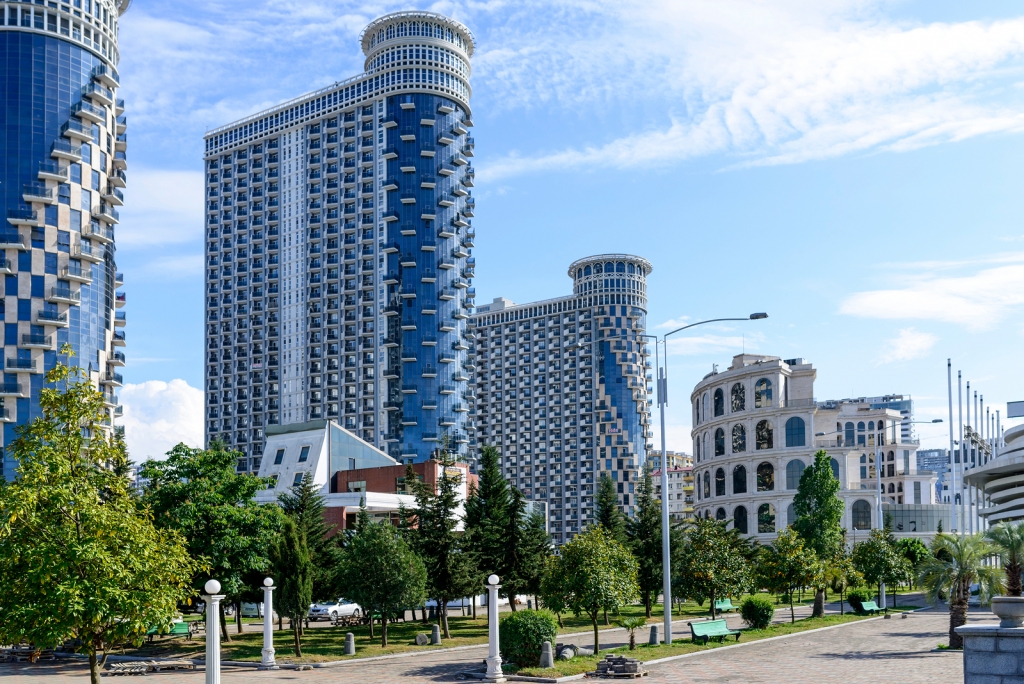 Just about every global five-star hotel brand has a presence in Batumi and prices, by western European standards, are low. The Radisson Blu is the most pleasing on the eye, all glass and steel and from some angles wafer thin. Its spa complex is fabulous, and as most guests appear to be in the casino the chances are you will have the pool to yourself. Somewhat more garish are the Hilton and the Wyndham, but taking the prize for the most brilliantly bonkers hotel in town (at least until the Le Meridien, with a miniature London Eye-type ride embedded in its upper floors, opens) is the Sheraton, an enormous wedding cake that combines Moscow with Dubai and should look awful. Anywhere else it would. In Batumi it looks just right.

Sandwiched between Rustaveli Avenue and the sea is what locals call the Boulevard, a mix of pleasure beach and botanical garden which stretches south towards the Turkish border: there are plans to extend it all the way to Turkey, some seven kilometres. The original boulevard dates back to the 19th century and many of its features, not least the mightily impressive bamboo forest, are primarily the work of a French gardener, Mikheil d’Alphonse. Batumi’s sub-tropical weather means that there is very little that will not grow here, and d’Alphonse made use of the climate to stunning effect. Recent beautification of the Boulevard may have taken away some of its original charm (it can feel a little too clinical) but a couple of the funkier beach bars are doing their best to preserve the bohemian spirit of the past. Laid back Daiquri, which serves cocktails, light meals and salads, is the perfect place to watch the sun go down.

Up the Alphabet Tower

Georgia is quite rightly proud of its beautiful alphabet, so much so that in since 2011 a 130-metre tower has dominated the seafront at Batumi as a testament to the uniqueness of the alphabet. The structure, known as the Alphabet Tower, combines the design of DNA, in its familiar double helix pattern, with two bands rising up the tower each holding the 33 letters of the modern Georgian alphabet. The letters are each four metres tall. There’s a lift to the top if you’re after some decent views of the city and the mountains beyond, as well as a restaurant which, this being Batumi, revolves. A far more poignant structure is the moving (in every sense of the word) statue of Ali and Nino. He was Azeri, and Muslim, she was Georgian, and Christian. Nobody approved. They loved each other anyway.

Beyond their shiny seafronts all ports have a seedy side which are often much more fun to explore. Batumi is no exception. Shops selling all sorts of moody goods (perfect for picking up a fake iPhone) stand next to Thai massage parlours, where – allegedly – far more than massage is usually on offer. Much of Batumi’s Old Town has survived the rebuilding and renovations of elsewhere, and the two-storey buildings which predominate, many complete with loggia, evoke an elegance lacking in the newer part of town. Europa Square, at the heart of the Old Town, hosts concerts and festivals and, since 2007, a statue of Medea, daughter of King Aeëtes of Colchis (who once ruled these parts). Medea is best known for aiding and abetting Jason in his quest for the golden fleece. The fleece she holds atop the statue is not, I was reliably informed, made of gold.

If you see one thing in Batumi, make it the botanical gardens. Set in the hills above the city the gardens were opened in 1912 and are the largest anywhere in the world outside of the United States. They are split into 21 distinct sections and there is a choice of 12 marked routes to choose from, each taking in different parks of the park. Don’t miss the bananas, which grow here but are alas never ripe enough to eat, the enormous evergreen sequoias or the exquisite rose garden. Prepare to spend at least half a day here.

Given that Georgian food is invariably fabulous and that Ajara offers the finest food in the country, foodies are in for a treat in Batumi. Khachapuri is made across Georgia but only in Ajara is it made so well: crisp, freshly-made bread filled with cheese and topped with an uncooked egg you need to stir with butter to create a rather special kind of scrambled egg on toast. Old Batumi on Pushkin Street is probably the pick of the town’s khachapuri joints, but Old Boulevard (opposite the Sheraton) does a decent job too, and also serves traditional coffee made on sand (one of only a handful still doing so). There’s also decent fare at Bern (including amazing khinkali, savoury Georgian dumplings) which in the evenings is accompanied by equally impressive traditional dancing.