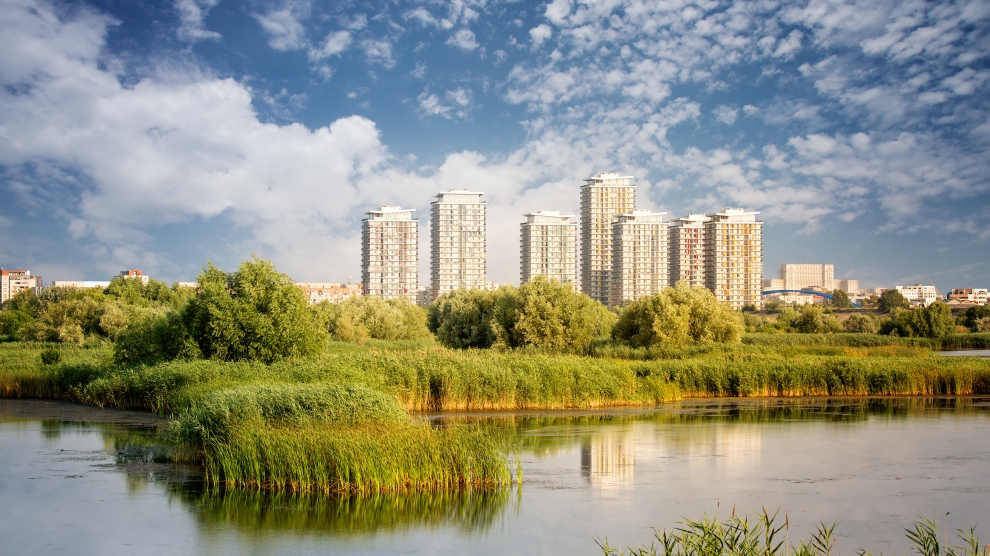 It is doubtful that few places in emerging Europe better demonstrate the fact that sometimes, doing absolutely nothing can end up being the best option than the extraordinary urban wilderness, and now protected nature reserve, that is Lake Văcărești, located in the south of the Romanian capital Bucharest.

The area today occupied by the lake was for centuries marshland, which condemned it to a peripheral existence on the edge of the city. There was no lake as such: indeed, in Romanian it was known as a balta, which as well as small body of water also translates as puddle. Majestic Văcărești certainly was not.

Although just five kilometres from the modern centre of Bucharest, the area remained sparsely populated countryside until the 1950s. The name Văcărești (often thought to derive from the landowning Văcărești family) in fact comes from the Romanian word for cow, vacă. Where today stand blocks and shopping malls, cattle would have grazed.

Văcărești was well-known – or rather infamous – for its prison, a former monastery first converted to a place of detention for those who had taken part in the failed revolution of 1848. Over the next century a number of leading Romanian writers would at various timed be imprisoned here, including Liviu Rebreanu, Ioan Slavici and Tudor Arghezi.

The monastery had been built from 1716-36 in what would become the classic style known as Brancovenesc, and stood where the Sun Plaza shopping mall is today. It last served as a prison in 1973, after which extensive work began on restoring the main building, to serve as a museum of religious art. Alas work was not complete by the time of the huge earthquake which ripped through Bucharest in March 1977, and much of the structure was irreparably damaged. The monastery’s church however, decorated with spellbinding interior paintings, survived unscathed, only to be demolished – despite much international protest – along with the last remnants of the monastery in 1986.

The area which today forms the Văcărești Natural Park had from 1955 been part of a collective farm, although even as late as 1987 the only farming which went on was small-scale: many residents of Bucharest had set up allotments here in order to grow food to alleviate the desperate shortages the country faced at the time.

Work began on what we today call Lake Văcărești early in 1988. Intended to be fed by the river Argeș it was meant to serve as a huge reservoir which would in turn supply a canal linking Bucharest with the Danube. Covering almost 200 hectares construction was completed in just over a year, but the lake was filled with water only once. As with much construction in Romania at the time it proved to be poorly-built. The dykes leaked, flooding part of the surrounding area. After the Romanian revolution of December 1989 the whole Bucharest-Danube Canal project was abandoned, and Văcărești left in limbo.

Over the next decade or so a number of projects – almost always insanely costly and ambitious – were at various times announced with great fanfare. The last was in 2003 when a British company announced that it was to build a luxury holiday resort on the site, complete with casino and 18-hole golf course. Like every other proposal the project soon collapsed. Issues regarding ownership of the land (more than 300 families claimed a stake) were not the least of the developers’ problems.

Forgotten for another decade Văcărești was back in the news in 2012 after the publication of an extraordinary article, titled The Delta Between the Blocks, in the Romanian edition of National Geographic magazine. Featuring the photographs of Helmut Ignat (who, along with National Geographic’s editor Cristian Lascu would become a leading figure in the movement to declare Văcărești a nature reserve) the piece revealed how in just over 20 years nature had reclaimed the area. An entire ecosystem highly conducive to encouraging plants, birds, reptiles and even small mammals to thrive had evolved in the middle of one of the most overcrowded, congested and polluted cities in Europe. All with no help whatsoever from humans, except leaving well alone. There then began the campaign to protect the area, which with unusual goodwill from all shades of politician, came to fruition with the formal declaration of the lake’s protected status on April 13, 2016. 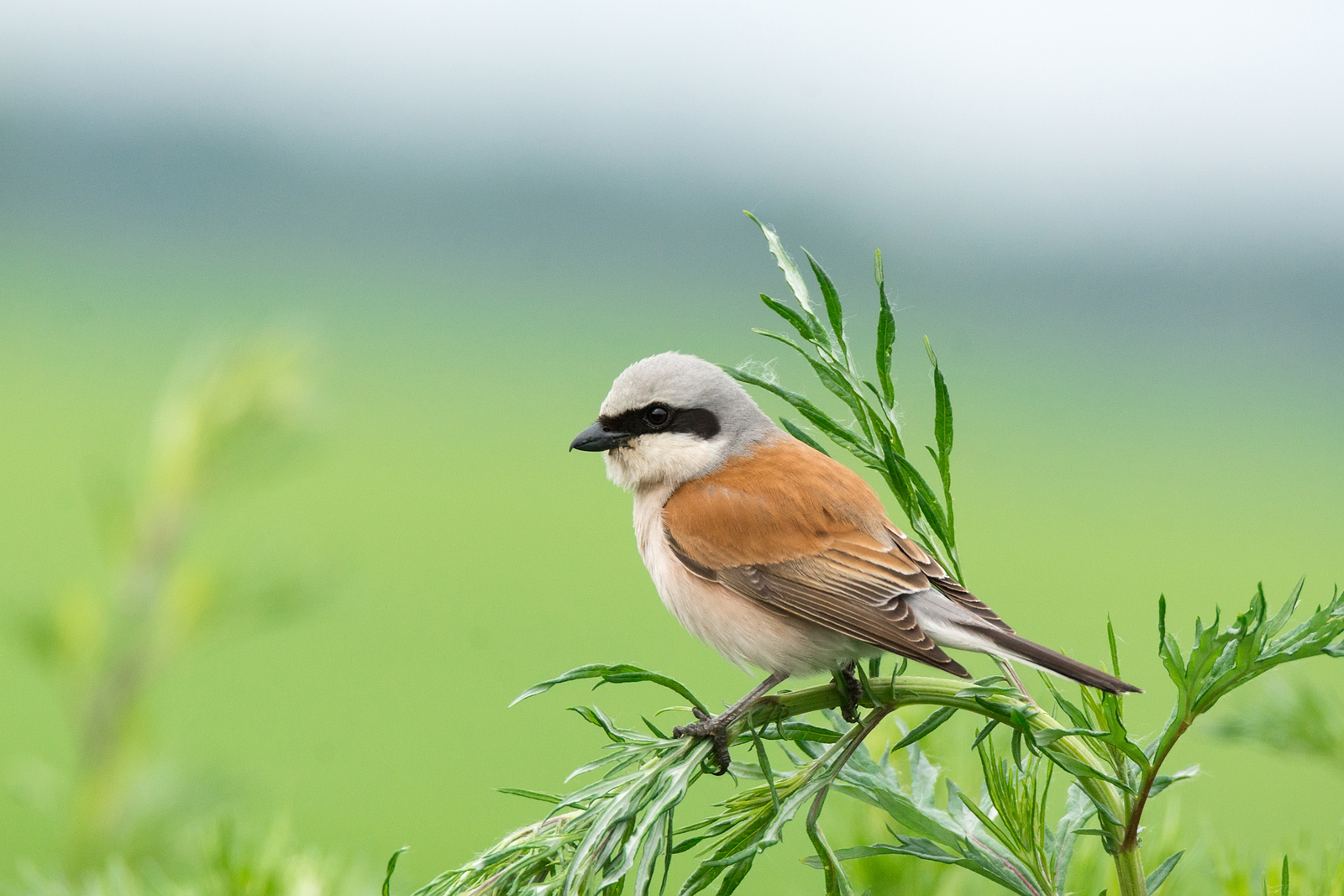 The diversity of Văcărești is genuinely amazing. The northern edge is a meadow with wild grass, nut trees, poplars and elms, while further into the park, towards the three connected lakes at its centre (fed by natural underwater springs), the vegetation becomes denser and far more in keeping with a classic wetland, home to a number of varieties of willow, Johnson grass and water lilies.

Following up the National Geographic article and the subsequent media buzz about the lake Romania’s leading scientific body, the Romanian Academy, carried out a thorough study of Văcărești’s flora and fauna in 2013, which only confirmed the vast scale of its ecosystem. The academy’s research team identified hundreds of species of plants and flowers, a whopping 96 species of birds and several mammals including weasels and otters, a protected species. The otters are believed to have made their way from the Dâmbovița river to the lake via sewerage underneath Bucharest. Even reptiles including turtles and (harmless: do not panic) small snakes were found. Cristian Lascu, speaking to The Guardian in 2016 shortly after the lake had been granted protected status, said that Văcărești is the perfect combination of ‘luck and nature’s resilience. The embankment around the lake has protected the area from the city’s interference. And the layer of clay at the bottom of the lake means that it is connected to one of Bucharest’s five main aquifers, providing fresh water that you can actually drink.’

Not that we’ve seen anybody drinking it, although the lake has predictably become something of an attraction, for both locals and in-the-know foreign tourists, including a few celebrated guests, none more so than the Prince of Wales, who has visited twice. Local schools regularly hold lessons at the visitor centre (on the 17th floor of one of the apartment blocks overlooking the reserve) before heading into the lake to look for frogs. Fishermen try their luck but are not encouraged. Flowers are not to picked. Joggers, cyclists and amateur photographers currently make up the bulk of the lake’s visitor profile, while many who come out of curiosity do not make it past the dykes, scared perhaps of meeting a snake. Even they are rewarded though, for the view from the top of the embankment is remarkable, the contrast between natural and human activity stark.

It is not in our favour.