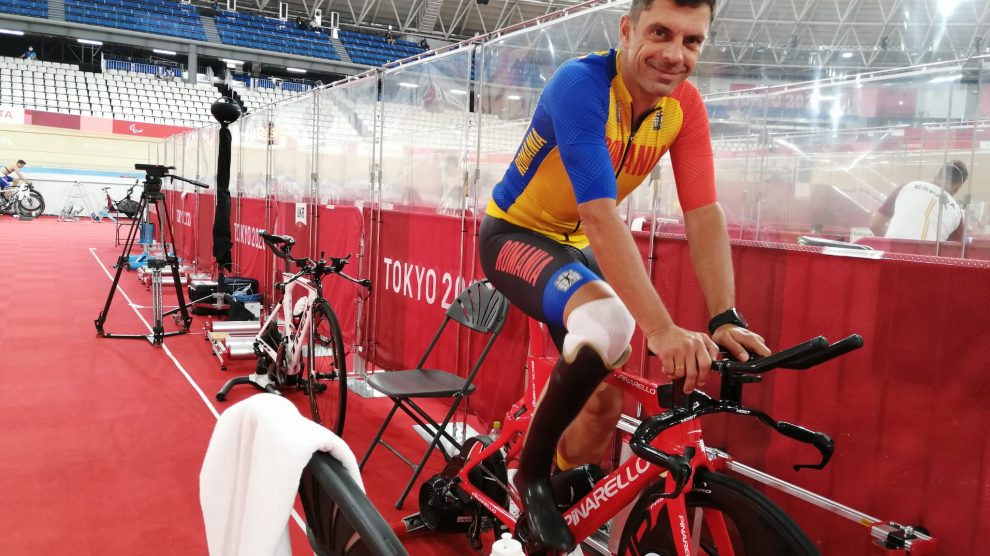 Paralympians from Central and Eastern Europe, as well as Central Asia, are outperforming Olympians at the 2020 Tokyo Games.

While not as widely covered in the media, the Paralympics nevertheless offer an equally important international platform for nations to showcase their sporting capabilities.

For Central and Eastern Europe, which, with the notable exceptions of Hungary and Poland, had a relatively poor Olympics, the achievements of its paralympians have been impressive.

However, while this success offers the possibility to shine a light on the potential people with disabilities hold, many in the region still face significant obstacles in their daily lives.

Ukraine’s performance at the Olympics was nothing to be ashamed of, as the country’s athletes brought home a total of 19 medals, of which one gold, six silver, and 12 bronze.

The country ranked 44th out of 86 countries to receive a medal, just ahead of Belarus and Romania, but behind the much smaller country of Kosovo.

But while Ukraine’s results at the Olympics were not particularly notable, the same cannot be said for the Paralympics.

The country is now fifth in the world, behind the United States and ahead of Brazil. While behind the US in terms of gold medals, Ukraine is ahead in the overall number of medals – 84.

Out of this impressive number of medals, 39 have come in swimming. Yelyzaveta Mereshko, Anna Stetsenko, Ievgenii Bogodaiko, and Maksym Krypak are just few of the athletes to win Ukraine a gold medal in the pool.

On the last two days of the Paralympics, the September 4 and 5, nine more Ukrainian paralympians will have the chance to showcase their abilities in shooting, kayaking and taekwondo.

And yet despite the tremendous success Ukraine has had at the 2021 Paralympics, people with disabilities continue to face significant hurdles at home, which Olga Polumysna of the Karazin Kharkiv National University of Ukraine found to have been exacerbated since the start of the Covid-19 pandemic.

“Let’s face it: it is easier for Ukrainian paralympians to get a gold medal than to get to the store, or even a cinema in Kyiv,” Ukrainian politician and journalist Ivanna Klympush-Tsintsadze argued following Ukraine’s historic third place at the 2016 Rio Paralympics.

Similarly to Ukraine, Azerbaijan’s performance at the Olympics was not particularly notable. The nation ranked 67th in the world, with the silver and four bronze medals.

The Paralympics have been a completely different story for the country in the Caucasus, currently ranked ahead of Germany.

Azerbaijani paralympians have already won 16 medals, of which 11 gold, one silver, and four bronze, placing the country 10th in the world.

The country’s impressive number of gold medals include two in swimming, two in athletics, and six in judo, which were secured by Shahana Hajiyeva, Vugar Shirinli, and Sevda Valiyeva amongst other judokas.

Five more athletes are set to represent Azerbaijan this weekend in shooting, athletics, and taekwondo.

When Mahammad Kekalov, founder of the Azerbaijani adaptive fashion start-up for persons with disabilities KEKALOVE, carried out a focus group which included athletes from the nation’s 2020 Paralympic team, one competitor shared that he believes that just three per cent of those with disabilities living in Azerbaijan have a social life.

Kekalov argues that this problem is “deeply rooted in our perceptions, culture, legislation and infrastructure”.

The Central Asian nation out in a commendable effort at the Olympic Games and was ranked 33rd in the world, ahead of Turkey and Ireland.

The country is now performing even better at the Paralympics and is currently ranked 16th, right behind Japan.

Uzbek athletes have, as of now, won 16 medals, including six gold, four silver, and six bronze.

Four more athletes will have the chance to represent Uzbekistan this Saturday in shooting, kayaking, canoeing, and taekwondo.

Despite the Uzbek paralympians’ impressive performance, information about the living conditions for people with disabilities in Uzbekistan is scarce.

In their 2021 paper, Abdullo Abdukhalilov and Kunduz Muminova of the National University of Uzbekistan argue that the social stigma faced by individuals with physical disabilities can often outweigh the stigma surrounding mental health or racial differences in the country.

The scholars note that it is common for people in the country to feel ashamed if they have relatives with a visible disability, which they argue is a key hurdle to improving the opportunities such citizens’ have in society.

With 20 medals overall, and ranking 15th in the world, Hungary was emerging Europe’s most successful country at the 2020 Olympic Games.

The nation currently holds 13 medals, of which six are gold, four are silver, and three – bronze.

Five Hungarians are set to compete this weekend in shooting, kayaking, and canoeing.

Again, however, this success betrays problems at home.

In 2020, the UN found Hungary to be in violation of the human rights of those living with disabilities, after a two-year-long inquiry found that 27,000 such individuals have been placed at segregated institutions illegally funded with financing from the European Union.

The Belarusian Paralympics team is yet another from the region to perform much better than its nation’s Olympic team.

While the country placed 45th at the Olympics, it is in 21st place at the Paralympics, above Thailand and New Zealand.

Despite having just seven medals overall, five of them are gold.

All five were won by a single swimmer – Ihar Boki, who can add them to his already rich collection of 10 Paralympic medals.

This Saturday, Ilya Taupianets will represent his country in canoeing.

According to UNICEF’s 2017 on Belarus, there are close to 150,000 children in the country with special needs, and close to 30,000 children with disabilities.

The report also found that such children also represented 48 per cent of minors residing in state institutions.

In 2019, Belarus introduced a new law, based on a UN Convention on the Rights of Persons with Disabilities – which Belarus has ratified – aiming to improve conditions for the nation’s disabled citizens.

The Belarusian NGO Office for Rights of People with Disabilities welcomed the law, but proposed that it should be extended to include “the protection of rights, which would have allowed NGO employees to appear in court as representatives [of people with disabilities]”.

Alas, since July 2021 the NGO – like many others in the country following a fraudulent presidential election of August 2020 – has been in the process of liquidation by the decision of the Minsk City Executive Committee.

Finally, a word about Romania.

Although the country has performed poorly at the Paralympics (it has just two medals, a silver and a bronze), fewer than its Olympic athletes (who managed one gold and three silver medals), the remarkable achievement of Eduard Novak, a cyclist who took a silver medal at the age of 45 is noteworthy.

Novak was a promising speed skater in his youth before losing a foot in a car accident in 1996.

After recovering, he turned to cycling, and won a silver at the Paralympics in 2008, followed by a gold and a silver in London in 2012.

He then went into politics, and since last year has been Romania’s Minister of Sport (for how much longer is questionable: Romania’s coalition government is on the verge of collapsing).

Nevertheless he is the first sitting government minister – from any country – to win Paralympic medal.

Ljubljana, CEE’s most cycling-friendly city, is a model for others to follow
Tiraspol’s small town Sheriff is ready to welcome European football’s biggest names
Comment