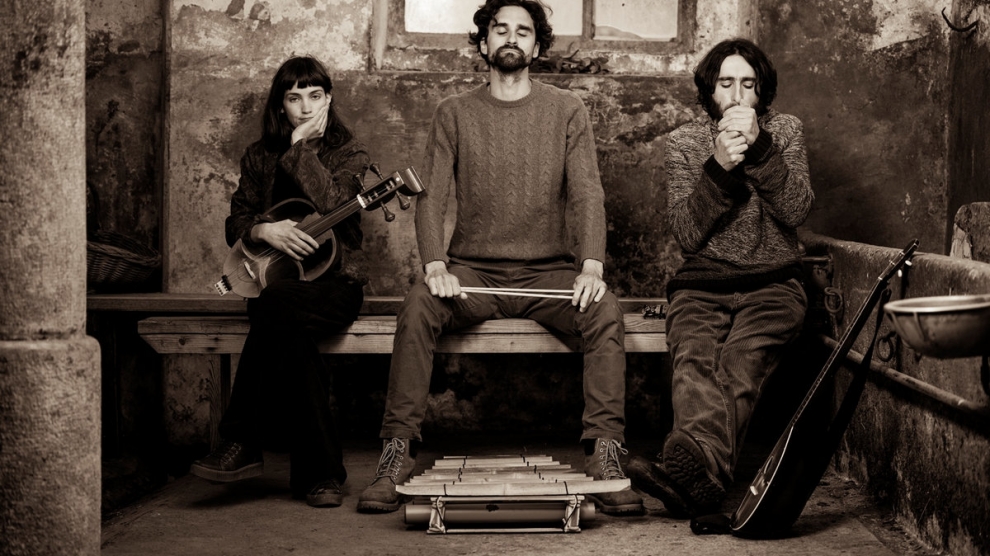 Not to sound like a broken record, but social distancing in order to prevent the further spread of Covid-19 is now in full effect around emerging Europe.

And that means, along with everything else, music venues are closed and concerts cancelled.

So what is a music lover to do in these dark times? Well, head on over to YouTube or your favourite music streaming service and enjoy some of the best music emerging Europe has to offer.

There are, of course, thousands of acts to choose from. We have come up with a list of just five – some new, some old – from across the region to give your self-isolation a little bit more oomph,

Svemirko (which roughly translates as Little Space Man) are a Croatian five-piece pop outfit who rose to prominence with their 2017 album Vanilija.

Acclaim for the first album spread online on Soundcloud and Bandcamp before the band achieved mainstream recognition and played sold out shows in their native Croatia and the rest of the Western Balkans region.

Describing their philosophy as “it’s macho to be emo” their sound draws on 80s new wave, both domestic and global. Expect shades of The Cure mixed in with influences from popular ex-Yugoslav bands such as Bijelo Dugme.

Their second album, Tunguzija, as well as their debut, are available for free on Bandcamp. And if you like it, you can buy and download it at a “name your price” basis from the same website.

Instead of the open plains of America, it’s dark and smoky dance floors that the two members of this band call home.

Formed in 2013, they exploded on the Serbian indie scene with their 2016 debut album Posesivno-ospulsivni hospul.

Since then, they have played gigs in nearly every city in Serbia, including sold out shows in the capital Belgrade.

They describe their sound as “tense, fast, sudden, dangerous and cool.” They have been described by local music critics as “bringing the sexy back to rock’n’roll.”

Their newest release, Euforija, has garnered a similar response.

Consider them the Serbian response to acts such as The Chainsmokers, only a bit less electro and a bit more indie rock.

Hear it for yourself wherever your stream your music.

Romanian pop diva Inna emerged back in 2008 with the worldwide hit Hot and remains a staple of electronic pop in the region to this day.

Her latest release however, Yo, is a bit more experimental.

The album, which dropped in 2019, represents a break from Inna’s club-pop past in favour of more Latin and gypsy inspired rhythms.

Sung completely in Spanish, a language Inna learned (like much of emerging Europe) from watching telenovelas, it attracted positive criticism from critics in Romania and globally.

Listen to the album on your platform of choice.

Azis kicked off his career back in 1999 and has since delighted and shocked audiences in the region with his flamboyant outfits and demeanour. His signature look is tight leopard-print.

It was all so shocking that the Bulgarian government felt the need to step in. In November 2007, Boyko Borisov (then mayor of Sofia, now prime minister) censored billboards of Azis kissing his same-sex partner Niki Kitaetsa. A move that LGBT organisations in the region criticised at the time.

Azis’ style is turbofolk through and through, so if you’re unfamiliar with this Balkan speciality, you’re in for a treat. Expect an intoxicating mix of Balkan folk music mixed with Oriental and African rhythms concentrated into music that just makes you want to dance.

Azis has recently traded in his leotards and wigs for a more traditional butch “bear” look.

But don’t worry, everything else is as gay and as turbofolk as it has ever been.

Širom is an experimental group hailing from Slovenia with a sound that’s hard to categorise but falls somewhere between world music and jazz.

Exotic instruments and even everyday objects are used by Širom to create strange soundscapes that defy musical conventions.

Expect to hear familiar sounds like violins and banjos and some unfamiliar ones in the form of the balafon, bendir, and kalimba.

Essentially, what this trio – formed in 2015 – does is create imagined folk music that is unbounded by tradition or geography.

Your enjoyment will depend on whether or not you think a song tile like A washed out boy taking fossils from a frog sack is weird and clever or hopelessly pretentious.

In order to form your own opinion, check out the band’s Bandcamp page.

History in the time of coronavirus: Virtual tours of emerging Europe’s museums
Why football fans are suddenly turning their attention to Belarus
Comment