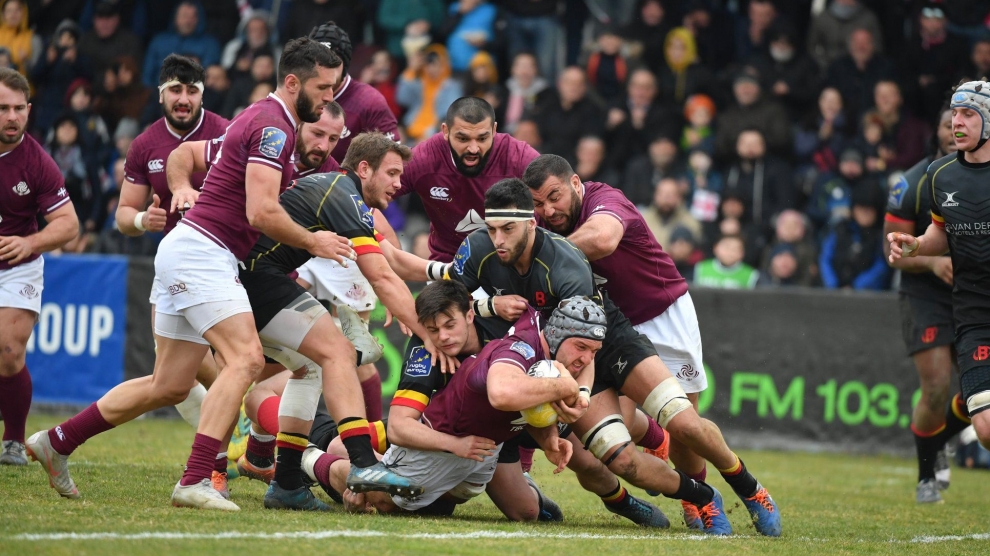 News that Georgia’s national rugby team could be about join an elite tournament featuring eight of the strongest sides in the world will come as little surprise to anyone who has followed the evolution of rugby in the Caucasus nation over the past decade or so.

The eight-team tournament, scheduled to be staged on four consecutive weekends from November 14 to December 5, also features England, Scotland, Wales, Ireland, France, Italy and Fiji. The eighth team was originally intended to be Japan, but Covid-19 restrictions have hampered the side’s preparations and the Japanese last week announced that they were pulling out. Scotland had already pencilled in a warm-up match against the Georgians in Edinburgh on October 24: now the Georgians could take their place in the tournament itself, although according to Vako Kipiani, a Georgian rugby journalist and TV commentator, there has, as yet, been no official invitation from World Rugby, the sport’s governing body.

Indeed, Kipiani feels that despite recent progress, Georgian rugby does not get the respect it deserves, and that World Rugby’s reluctance to confirm the country’s participation in the eight-team tournament is evidence of that.

“We are a spare option,” he says. “If Romania, Russia or Spain were playing at our level they would have been invited immediately because they are financially stronger countries.”

When international rugby came to a halt in March as a consequence of Covid-19 travel restrictions, Georgia were ostensibly in excellent form, ranked 12th in the world – ahead of Italy, Tonga and Samoa – and have wins in 2020 against Romania, Spain, Portugal and Belgium under their belts. The win against Romania came in front of a crowd of 20,000 in the Georgian capital, Tbilisi.

Nevertheless, Kipiani feels that Georgian rugby is now in danger of regressing, owing to the fact that matches against the major rugby nations are few and far between.

“We have only played about six tests against strong teams over the past six years – this is a catastrophic number,” he tells Emerging Europe. “It is unfortunate that the world of rugby does not contribute much to a country like ours where rugby is very much loved. For the development of rugby, frequent games with strong countries are needed.”

Rugby’s popularity in the country has often been explained by its resemblance to the traditional Georgian game of Lelo or Lelo Burti (meaning Field Ball). Indeed, the nickname of the national rugby team is Lelos, and the word has been adopted as the Georgian word for try. Lelo was played in Georgia as far back as ancient times and games are still occasionally held in rural areas. A field (lelo) was selected between two river creeks which represented a playing ground. Two teams, usually consisting of the any able men in neighbouring villages, would face each other. A large, heavy ball was placed in the middle of the field and the goal of the game was to carry it over the river creek of the opposing side.

Rugby as we know it today was first played in Georgia in the late 1920s: as with many other countries, it was students returning from France who brought it with them. The Georgian Rugby Union was founded in 1964, but until the late 1980s was part of the Rugby Federation of the USSR; Georgians usually made up the bulk of the Soviet Union’s team. The country’s first official international match was a 16-3 victory against Zimbabwe in September 1989.

Georgia have featured in the past five rugby World Cups, going back to 2003, with the team’s most successful tournament coming in 2015: a performance that sparked a great deal of interest.

“Rugby became very popular in Georgia after the 2015 World Cup, in which we won two matches, against Tonga and Namibia. It was a huge leap for the growth of the game,” adds Kipiani.

That performance also guaranteed Georgia a place in the 2019 World Cup, where Uruguay were beaten. However, the World Cup comes around just once every four years. In the meantime, Georgia continue to be frozen out of the lucrative Six Nations tournament (a closed shop which features England, Scotland, Wales, Ireland, Italy and France), confined to the second tier Rugby Europe Championship, which they have won 10 times in the past 12 years. There is from time to time talk of introducing promotion to the Six Nations for the winners of the Rugby Europe Championship (with the last-placed team in the Six Nations going the other way), but with the incumbent six nations having a veto, nothing ever comes of it.

This may keep the old guard happy, but does little for the development of rugby in countries such as Georgia.

“We need to play against strong teams in order to continue to develop,” warns Kipiani. “If the current situation continues and we only play in the Rugby Europe Championship, the fans may lose interest and rugby will lose its popularity. It would be nice if World Rugby could take certain governance models from FIFA and UEFA. In football, when you are weak, they help you develop more.”

Georgian rugby could however receive a welcome boost in the near future from the Southern Hemisphere: it may get the chance to enter a team in South Africa’s Currie Cup – South Africa’s premier domestic rugby union competition, played each winter and spring between teams representing either entire provinces or substantial regions within provinces. An agreement was reached in principle last December but has yet to be confirmed.

“Hopefully we will get involved in this tournament as it will help us,” says Kipiani, who adds that the country has a wealth of rugby talent – both exciting juniors and senior campaigners. One of Georgia’s most experienced players, Shalva Mamukashvili, last month signed for English club side Leicester Tigers.

“A talented generation is coming, and there are good experienced players from whom they can learn,” he says. He points to the half-back pairing of Tedo Abzhandadze and Gela Aprasidze (both of whom play for French clubs), as well as forwards Vano Karkadze, Ioane Iashagashvili and Guram Gogichashvili, and the swift winger Deme Tapladze as players to watch out for. All are 22 or younger.

Here’s hoping that they will be given a fitting stage on which to perform.

A walk around Tallinn is a walk back in time
Six of the best: Medieval castles
Comment