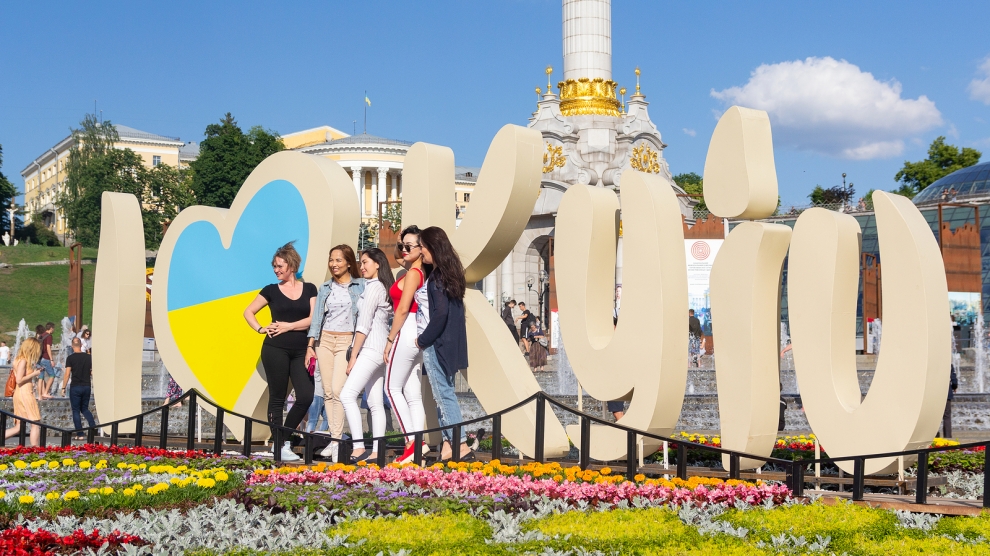 Ukraine has been in the headlines a great deal these past few months, and not always for the right reasons. Caught in the midst of an almighty row that that could well spell the end of Donald Trump’s presidency, the country can at least take solace in the fact that major news organisations are finally – and not before time – beginning to learn how to spell the name of its capital.

A number of global news agencies and media outlets have recently adopted the Ukrainian-language derived Kyiv as their official spelling for the country’s capital city, replacing the Russian version, Kiev. The trend began in August when the Associated Press announced that it was adopting Kyiv:

There are still a few notable exceptions however, not least Reuters.

At Emerging Europe we have always used the Ukrainian version of the city’s name, and we do so not to make any political points but for the same reason we use Tallinn and not Tallin, or Chișinău instead of Kishinev.

Kiev, Tallin or Kishinev should be used in the same way that we use Rim (the Russian name for Rome): not at all.

Russia was for many decades (and even centuries) a colonial power in Ukraine, Estonia and Moldova. To use the colonial name for a city is not just incorrect, it’s disrespectful.

“This rush to Ukrainianise spellings is not only a response to Kyiv’s sudden newsworthiness. It represents the latest chapter in a long-running campaign to secure recognition for the Ukrainian-language versions of Ukrainian place names, and is part of a much broader post-Soviet drive to assert an independent Ukrainian identity,” says Peter Dickinson of the Atlantic Council.

“These efforts have not always met with success. For example, the Ukrainian authorities first endorsed Kyiv as the official English-language spelling back in the mid-1990s, but beyond the rarefied world of diplomatic protocol, most members of the international community paid no attention and continued with the more familiar Kiev instead.”

Finally, while we are on the subject of Ukrainian nomenclature, its perhaps worth remembering that it’s simply Ukraine, not The Ukraine, as the country’s embassy in Washington had to remind Mr Trump in September. 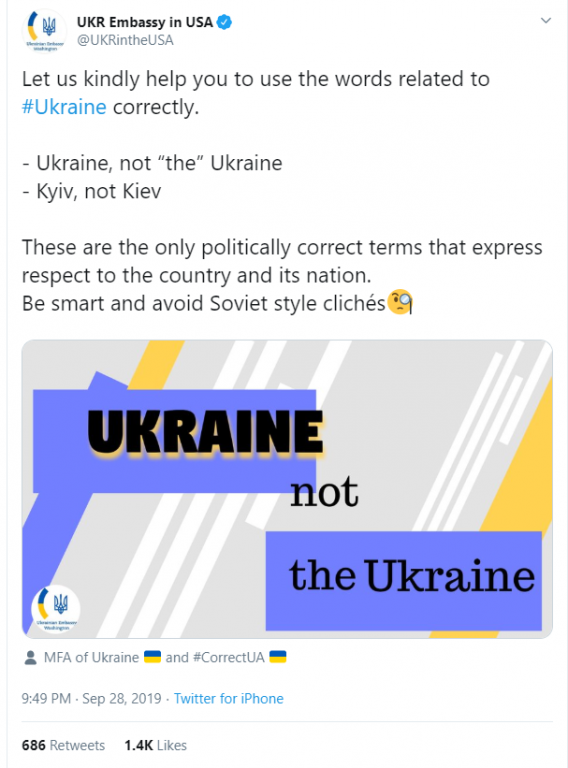 Indeed, one young Ukrainian student we spoke to said that for her at least, use of The Ukraine was actually a far bigger deal than persisting with Kiev.

“Kiev is just the Russian transliteration,” she told Emerging Europe. “The Ukraine is a whole lot worse: it’s grammatically incorrect.”