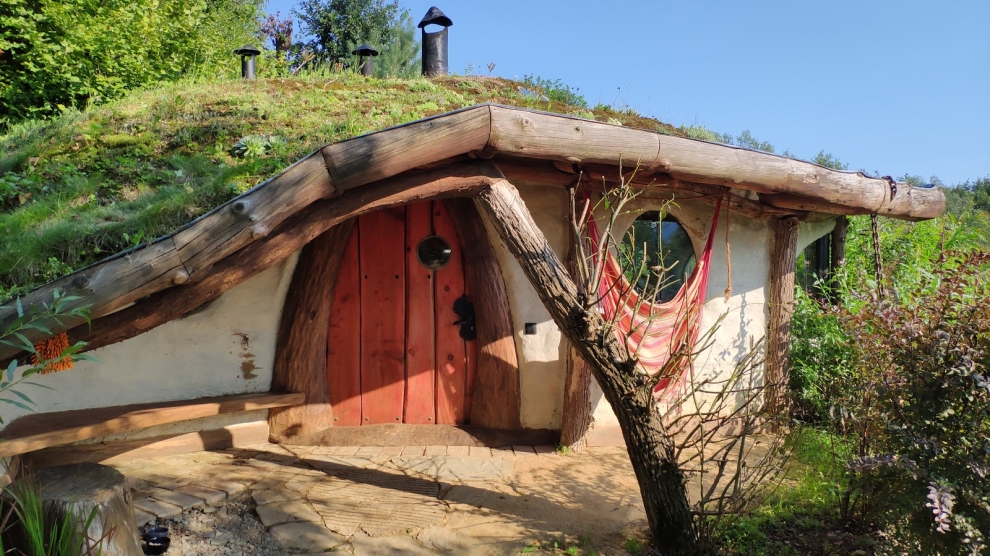 The small village of Babice in southeastern Poland offers an experience you can find only in a handful of places around the world and will most probably not find anywhere else in emerging Europe.

The Subcarpathian village provides the best opportunity for every fan of the Lord of the Rings (LOTR), the epic fantasy adventure book series and their Oscar-winning film adaptations to experience what it is like to spend a night in the Shire.

People visiting Babice can live like Frodo Baggins, Samwise Gamgee if they decide to go and see Hobbitówa, a Hobbit house built by Bogdan Pękalski, a local Polish entrepreneur and, without a doubt, clearly a great fan of J. R. R. Tolkien’s work.

Six years after buying land in southeastern Poland, the experienced builder, who has a long history of designing and creating gardens and home interiors, now has a home he has decided to open for visitors.

“It’s hard to believe but if you follow your dreams and devote enough time and nerve, everything seems to be possible,” he said after Hobbitówa became a reality.

The 45 square metre house, which can provide accommodation for four people, has an open-plan living room with a fireplace, a bathroom and two bedrooms and was built from the wood of local willow trees. He used clay for the interior, and lime for the exterior and cob. Being completely energy independent, it is equipped with its own water well, domestic sewage works and an array of solar panels for providing electricity.

Ideally located near the river San with no TV or Wifi available, it gives visitors the opportunity to get off the grid and stay away from the hectic world and explore the beautiful nature offered by the Subcarpathian village.

Building on the success of the Hobbit house, Mr Pękalski has also now started to work on his second grandiose project, Gandalfówa – although he almost ended up building houses like those in The Smurfs, not the LOTR.

“I have had an idea for this house a long time ago,” Poland’s TFN quoted him as saying. “Originally, it was supposed to be Gargamelówa, from the wizard Gargamel in The Smurfs cartoon for children but at the end of the summer, when I started building the second house a bit, on the Hobbitówa Facebook page I asked the fans how to name the second house: Gargamelówa or Gandalfówa? The vast majority of people opted for the latter name,” he said.

According to him, the new house will be a similarly engaging addition and ideal for “adventure seeking, unusual inspiration, as well as offering adventure and survival lessons for families with no children.”

Why EU accession talks are crucial for LGBTI rights in the Western Balkans
My Brexit: The European Union can, and should, grant us free movement
Comment