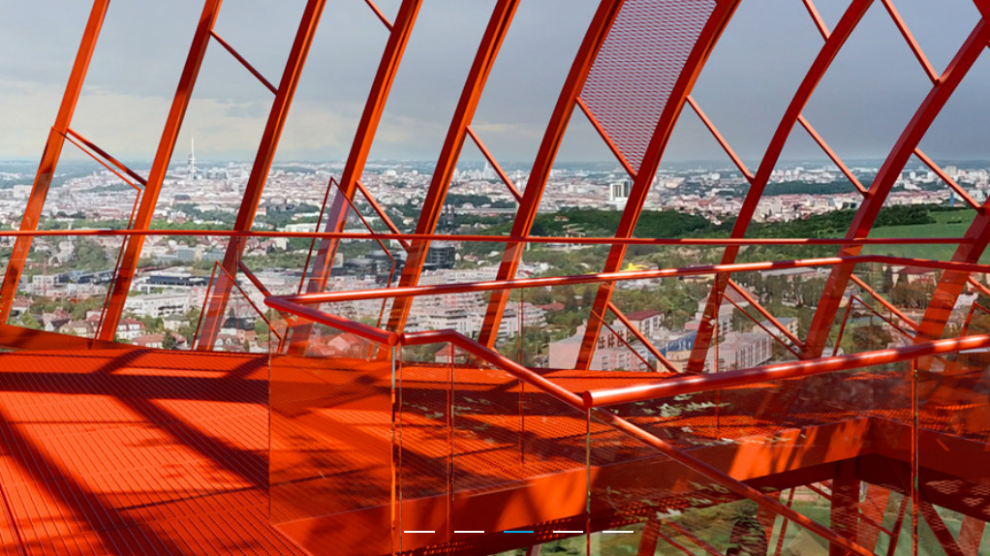 A new skyscraper in Prague is set to be the tallest building in the Czech Republic, at over 135 meters. But its not just its height that will make it visible across the city.

In fact, the citizens of Prague are more concerned about its shape than its height: a shipwreck (or an oil tanker, we might say) leaning on an office block.

Known as Top Tower, the skyscraper will be built close to the metro station of Nové Butovice, in the western part of the city, far away from the city centre where tall buildings are forbidden.

The highly-debated shape reflects the exact aim of its designers: sculptor David Černý and architect Tomáš Císař from the studio Black n’Arch. The idea is to picture an apocalyptic scenario due to mankind’s failure to solve climate change. 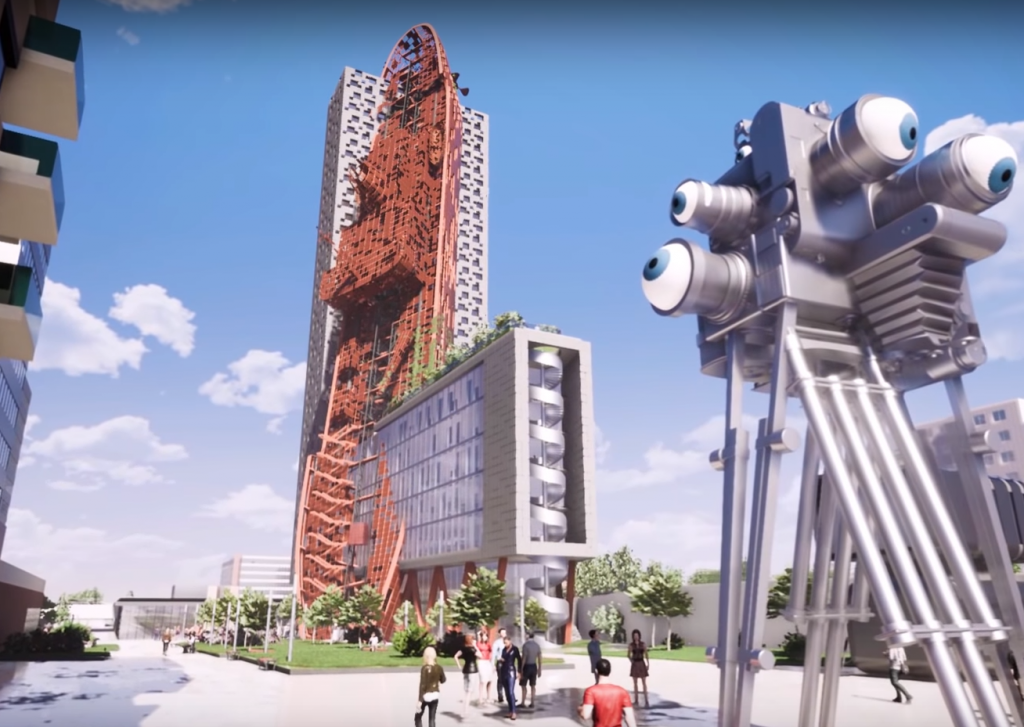 We shouldn’t really expect anything less from two of the most controversial and at the same time most innovative artists in Prague.

Both David Černý and Tomáš Císař are well known because of the Cyberdog, a robotic restaurant based on the idea of 21st-century progress.

There you can use an app to place your order, which is then processed by a unique system before a robotic arm pours you wine, and a special delivery system brings drinks and refreshments to tables located on both floors of the establishment.

But Mr Černý’s fame is mostly linked to his many strange sculptures located all around the Czech capital. In fact, everybody who has visited Prague is familiar with the 10 gigantic naked babies (with slot machine-like faces) climbing the Žižkov Television Tower. Or, close to the Franz Kafka museum, the pair of bronze gyrating mechanical men urinating in a Czech Republic-shaped fountain.

Besides becoming an attraction for locals and visitors alike, the Top Tower will also be a multi-functional building. Commissioned by real estate developer Trigema, the skyscraper will include rental apartments and a public observation area, while offices, retail spaces and a cultural centre will be located on the lower floors.

“We have been preparing the Top Tower project for more than two years and the final version was preceded by eight other alternative solutions,” said Marcel Soural, chairman of the board of Trigema. “During this time, we have collected and are still collecting suggestions from experts, state and local authorities, and of course the local public, whose representatives have already been and will continue to hold a number of participatory meetings.”

The Top Tower project aims to revitalise the public pedestrian zone between the two entrances and exits of the Nové Butovice metro station, an area yet to be modernised.

Almost the entire city of Prague will be visible from the tower’s lookout point, from Prague Castle to the National Theatre, from the historic fort of Vyšehrad to the Zbraslav district. A huge parking space open 24/7 will be built underground.

The cost of building the tower is estimated to be around two billion crowns (79 million euros). Construction should begin in 2021 and will take less than three years to complete.

Kyiv vs. Kiev is not a fixture in the Ukrainian Premier League
Hungary’s last communist prime minister tells (almost) all
Comment