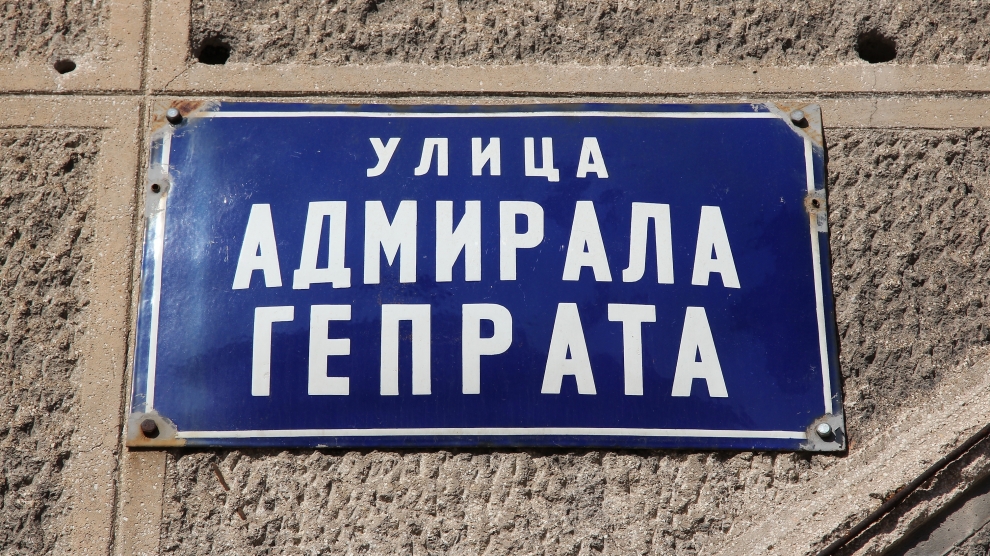 Some of Belgrade’s streets are about to change their names, following a decision made by the Serbian capital city’s council.

Usually, this wouldn’t be news. Unlike some of Europe’s other cities, Belgrade changes the names of its streets so frequently that it’s become a bit of a running joke for Belgraders. Is it 29th November Street (celebrated as Republic Day in the former Yugoslavia) or is it the Boulevard of Despot Stefan? It depends on when you were born. And what your political leanings are.

So why have these latest changes made so many waves in the public and caused some pretty caustic debate?

Because this time, all the streets slated to get new names follow a theme — they are nearly all named after republics, towns and cities in other parts of the former Yugoslavia. As such, the names Croatian Street, Cetinje Street and Mostar Street will soon be retired.

It’s a move that Goran Vesić, the controversial deputy mayor of Belgrade, has called “reciprocity.”

“It is not normal that some of our streets are named after cities which don’t have a Belgrade Street,” he said. “It’s time to show respect to those who respect our city and our country and not to be masochists and have streets named after places where everything resembling Serbia is erased.”

Sarajevo Street was on the list for renaming too, but was spared at President Aleksandar Vučić’s personal request.

From a certain point of view, there is something is Vesić’s reciprocity statement, as the move by Belgrade city officials is very similar to what happened in Croatia after the Yugoslav war.

The ambivalent legacy of the former Yugoslavia is something all of its former republics have had to deal with, and it seems that cancelling and renaming is the most common tactic. Many commentators see the street name change initiative as perhaps the final erasure of the Yugoslavian legacy from Belgrade.

For those not into reciprocity, renaming these streets represents an attack on Belgrade’s cosmopolitan spirit. Some have gone so far as to accuse Vesić of fanning ethnic hatred and xenophobia.

“With this gesture we show that we are not an open city anymore, we are closing off and becoming and evil place that threatens its surroundings, a provincial town enclosed with a new, virtual, but very firm rampart, resistant to collaboration,” urbanist Đorđe Bobić, a former Belgrade city architect told, somewhat melodramatically, the Serbian daily Danas.

Nebojša Milikić, programme coordinator of the Rex cultural centre in Belgrade, believes the move is about spectacle and strengthening nationalist politics.

“It’s about the need to show the consciousness and ‘alertness’ in the field of everyday nationalist politics. Vučić’s government has obvious power but also obvious problems,” he says. “All the cheap propaganda moves should been seen with this in mind. The Belgrade government is worried about the low turnout [at the recent parliamentary elections] and the possibility of their negotiation power decreasing at the next elections.”

“That’s why they are trying, often randomly, to use smaller and larger spectacles to pander to certain sections of the electorate,” he explains.

But the move does fit into a larger context of politics of memory in Serbia and the region, where governments change names, erase and reinterpret historical events to suit either their interests or popular opinion.

By far the most controversial renaming is one that occurred just a few days ago in the Belgrade municipality of Zemun. Here a street formerly known as Zagorska is now Blagoje Jovović Street. Blagoje Jovović was the man who shot Ante Pavelić in 1957 in Argentina. Pavelić, the president of the Independent State of Croatia and a war criminal, would die two years later in Franco’s Spain. It remains unknown to what extent the failed assassination contributed to his death.

Dubravka Stojanović, a Serbian historian, has been the loudest critic of giving Jovović a street. She says that doing so means that Belgrade supports and celebrates vigilantism, blood feuds, violence and murderers. Stojanović’s repudiation of Jovović getting a street named after him has prompted many on the right wing of Serbian politics to accuse her of “sympathy” for Pavelić.

Mr Vesić, on the other hand, called Jovović a “Serbian hero” and called those upset by the change members of a “fake elite.” Fake, or “scum” elite is a favourite epithet of the Serbian tabloids and some government members when addressing those who they see as their ideological enemies.

The disagreement over Jovović revives an old divide in Serbia: that between the Chetniks, the anti-Nazi fighters that were loyal to the Yugoslav king in exile, and the Partisans, who also fought the Nazis, but fought for a communist revolution too.

Chetnik general Dragoljub Mihailović was executed after the war, along with many other Chetniks, by the communist government on charges of collaboration with the Nazi regime. It’s something their contemporary supporters firmly deny, but others call this denial revisionism.

It’s a disagreement that doesn’t show signs of abating, but one that Mr Vesić seems to hope can be bridged by the fact Jovović was at times a member of both the Partisans and the Chetniks.

“It’s time for Serbia to end its divisions,” he said to those gathered at the unveiling of a plaque in Jovović’s honour.

Mr Milikić however underscores that the moves the city government is making have more to do with practical concerns than with healing any historic rifts.

“Different target demographics exposed to decades of ideological indoctrination react in useful ways but the most important part is the instant dazzlement of the public,” he says.

“There will be more such ‘aces up the sleeve’ to counter the PR failures of the city government such as the Republic Square redesign, and the badly reconstructed streets.”

Even though there has been public debate and discontent over the proposed name changes, the city government is unlikely to relent. Something as seemingly uninteresting as changing the names of some streets reveals deep divides in Belgrade and Serbian society as a whole that are unlikely to be resolved any time soon.