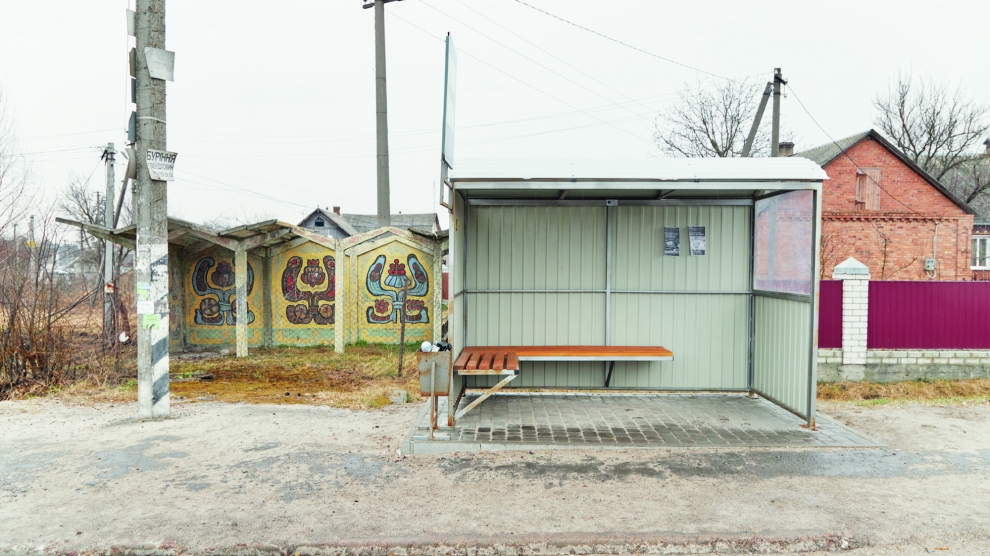 Launched earlier this year, Women Photograph Ukraine is more than just an Instagram page. It’s stunning curation which aims to highlight the work of female and non-binary Ukrainian photographers, elevating artistic voices that are all too often drowned out.

Through championing diversity in the representation of photographers, the diversity of the photos follows. Different aspects of life in Ukraine are showcased by the collective’s artists, taking a country that is often wrongly stereotyped and turning these assumptions on its head. Instead, the country is three dimensional, multifaceted and diverse. Across the feed, which acts as a kind of online gallery, bursts of colour pop in-between frames, capturing the vibrancy and eccentricity of everyday life in Ukraine.

The group stems from Women Photograph, which was launched in 2017 to elevate the voices of documentary photographers and photojournalists, defining women as a spectrum, including those of trans queer and non-binary identities.

A year ago, the project then launched chapters in 11 cities worldwide, including Kyiv, to foster a community of photojournalists in the capital. A support network that is miles away from the often male-dominated and machismo-fuelled industry.

“Together with my co-lead Anastasia Vlasova, we happily embarked on this project and gathered women photographers in Ukraine,” Oksana Parafeniuk, one of the leaders of the group, tells Emerging Europe. “The most important task of the group is to get together from time to time and organise workshops, peer-reviews and just have a reliable group of colleagues to rely on, and ask questions about anything regarding photography – assignments, finances, lighting, equipment, the experience of working with different publications, to share work and inspire each other.”

This mission of female and non-binary solidarity is particularly important when their voices are so often drowned out by a misogynistic industry.

In 2018, the Columbia Journalism Review (CJR) released a study showing that sexism and sexual harassment is rampant in photojournalism, which is largely male-dominated and glorifying of hyper-masculine behaviour. Trends of increasing resilience on freelancers increase this vulnerability of women and non-binary people, and takes away mechanisms for accountability, the report stated. This leads to circumstances where younger and minority talent is exploited by more established and older, often male photographers.

Projects like Women Photograph Ukraine make the elevation of these voices to important, particularly in such a heavily male-dominated industry, where 85 per cent of applications from the World Press Photo Awards, the industry’s most prestigious, are male, and 86 per cent of Associated Press photographers are also male.

Instead, the group describes its mission as “to shift the gender makeup of the photojournalism community and ensure that our industry’s chief storytellers are as diverse as the communities they hope to represent.”

Shifting the gender balance is not only important for representation in terms of the artists, but in terms of the work they produce. For Ukrainian photojournalists, of whom the majority are men, documenting daily life and events through the female gaze provides a crucially undervalued perspective.

“I think it’s not about offering an alternate perspective from the mainstream, it’s more about trying to make the mainstream more balanced in terms of gender, nationality etc. Women are half of the worlds’ population, women’s views and work should be part of the mainstream,” explains Ms Parafeniuk.

In Ukraine, as with most places, the recognition of men in the field often comes at the expense of women, despite their incredible talent, as showcased by the project.

“I’m persuaded that experience, gender, origin, and so many other aspects of each person affect how photographers tell stories to the world, so the more diverse will be the gazes, the wider will be the range of topics, the richer with nuances and details the stories will be, and, accordingly, the audience’s understanding of the world will become more profound and balanced,” says Ms Parafeniuk.

For the content manager of the group’s Instagram stream, Anastasia Nekypila, the project allows the world to see the unique beauty of her country’s photography.

“It gives us the opportunity to tell the world about female Ukrainian photography and it is so important because, unfortunately, in our country, it seems to me that it’s alienated a bit and less talked about. But if this division did not exist, then I would not want to specially divide it by gender. I believe that it is important to demonstrate the talent not specifically of women, but the talent itself, the photography itself, and the personality of each artist,” she says.

And this talent is undeniable.

A post shared by Women Photograph Ukraine (@womenphotograph.kyiv) on Aug 1, 2020 at 8:31am PDT

Take Oksana Meister, who is currently studying at the Lette Verein photography school in Berlin and explores Ukrainian themes in her work with artistic nuance and maturity.

Her recent project Ukrainian Bus Stops, may seem mundane from its name, but is anything but. Ms Meister captures the colour, vibrancy, and intricate personality of the dilapidated buildings with a charming eye. The photographs are immersive and oxymoronic, where brutalist architecture is hugged by curling branches, lace sheets, and bright paint.

Beyond the images, the bus stops operate as a window into the constant change in Ukraine. “The areas of the bus stops are mostly used as areas for expressing opinions, an intervention to leave a message. In this context, we can also consider the inscriptions and images that people leave on stops and walls as a form of modern folklore,” explains Ms Meister.

In Soviet times, the bus stops were often decorated with traditional motifs and rich palettes. Now, most have been destroyed or are in various states of decay, but some remain. For Ms Meister, this can act as a symbol for how public spaces are of changing importance in Ukraine, which is loosing its Soviet-era peculiarities.

“This process takes place visibly in the form of de-communisation or inconspicuously due to the changed relationship between people and their surroundings or between people. This results in a shift in appreciation and the associated decline in the maintenance of many parts of the public space,” she says.

Spending her time between Germany and Ukraine, Ms Meister tells Emerging Europe that “at some point I realised that I want to fix the elusive atmosphere of places, I used to be part of. And photography is a perfect medium for that,” she continues. “Over time, I realised that it is very interesting for me to follow the changes (urban, landscape etc.) and different influences that are taking place in Ukraine.”

Another talent is Marta Iwanek, a Ukrainian-Canadian who spends her time between Toronto and Kyiv. For her, growing up in a tight-knit diaspora, and being a Ukrainian folk dancer in her youth means her ties to Ukraine are still strong.

“Community and family are the biggest influences on my work,” she explains. “For me, I think it is less about the photography and more about connecting with people and telling stories.”

Establishing a language through photography is a common theme throughout her work, and through much of the work on Women Photography Ukraine, that communicates the complexities of feelings surrounding both people and place.

One of Ms Iwanek’s series is called Raivka which explores coming of age in a Ukrainian ‘Internat’ or boarding school in the post-industrial region of Dnipro. Internats were introduced during the Soviet Union as part of a decentralised school system, many of which housed orphaned children, or those without parental care. “As the new government looks towards a new system of foster care, the children left in the system feel the weight of the past,” explains Ms Iwanek.

Like Ms Meister’s work, Raivka shows a country at crossroads with its past and present, struggling to shed its history. Raivka, offers a glimpse into the lives of young people inheriting this time of change and struggle not only in themselves but in their country.

While dealing with difficult themes, the pictures are delicate yet strong, depicting the moments of care and power within female friendship, and bonds of family and community. Images of women at the crossroads of childhood and adulthood articulate this complexity, in a way no words could.

The elevation of these kinds of voices is crucial for a more holistic depiction of Ukraine, and the complex changes the country is going through. Yet for many female and non-binary photojournalists in Ukraine, change brought about by groups like Women Photograph can’t come soon enough.

As the leaders of the group explain, the atmosphere in the country towards female and non-binary voices is mixed, and not always receptive of their talents.

For example, one photographer, Olena Bilous feels that their work is often delegitimised and disregarded in comparison to that of their male counterparts. “I recently came across the opinion that women photographers can work for free, but boys cannot. Because the boys are serious and they need to provide for their family. And it’s a hobby for girls,” she says.

This kind of atmosphere means that representation and acknowledgment is paramount, which is where groups like Women Photography Ukraine come in. As Irynka Hromotska, another photograher, explains, there is a difference in attitudes towards female photographers in the country, and this partly stems from the environment they are placed in.

“When I work in a diverse group of professionals, I usually feel appreciated and comfortable as there is a feeling of mutual respect and an overall healthy work environment. Unfortunately, this is not always the case in male-dominated groups,” she says. “In those circumstances, colleagues are more likely to have patronizing attitudes, or you may become the butt of the jokes. However, it is important not to generalise all men, as many of my male colleagues were respectful and professional. But it is even more important not to stay silent or cancel other female experiences just because it is different than your own.”

Yet, empowerment and elevation have had a major impact on many women and non-binary artists’ work.

Hanna Harbarska says that she used to be very sensitive to criticism, and received it a lot more from experienced male colleagues.

“Now I don’t care about unwanted criticism and exclude toxic people from my environment. I’ve noticed that people who were criticising my work 10 years ago are now stuck in their careers. So I even feel a bit sorry for them.”