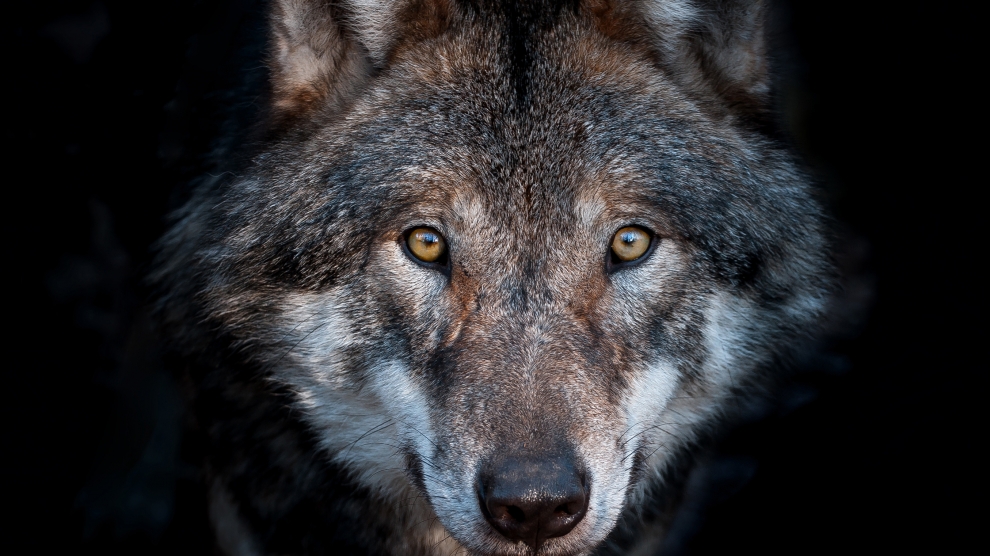 WWF-Hungary has produced a new publication to address public curiosity and concerns regarding wolves; these magnificent animals whose shrinking and fragmented habitats has resulted in increasingly frequent human-large carnivore encounters.

The booklet (currently available only in Hungarian) Co-existence is Possible – Questions and Answers about Wolves is here to answer your questions.

Large carnivores have disappeared from a significant area of Europe due to natural habitat loss and human persecution. However, owing to stricter conservation regulations, more accepting views, and multi-actor (wildlife management, environmental protection, livestock) species conservation programmes, there is once again a promising future for wolves, lynx and bears. Central and Eastern Europe remains the last survival outpost for significant large carnivore populations in Europe.

Subjective observations and anecdotal information still forms the greater part of public knowledge about the behaviour and ecology of large carnivores in Hungary. Since wolves are the most commonly encountered in the country (as opposed to lynx and bears), and represent the most opportunities for human-large carnivore conflict, the booklet answers (based on scientific findings compiled by German experts on wildlife management and livestock husbandry, as well as the local knowledge of Hungarian wildlife biologists) the most common questions raised by people living in proximity to wolves.

Do wolves pose a danger to tourists?

There is no evidence that public safety is endangered by wolves. Accidents, however, cannot be ruled out in very rare cases when several unfavourable factors are linked. In order to minimise the risk of accidents, some behavioural tips should be kept in mind when co-existing with wild animals. Specifically, don’t follow wolves, don’t feed wolves and avoid the dens with their litters.

Are livestock safe where wolves are present in the area?

Is it true that wolves only attack the weak and sick animals?

Basically, wolves eat what they can easily prey on. An old, very young or sick animal is less alert and easier to kill than a healthy, agile and strong animal. Since the wolf not only surprises its prey, but also chases it, the less energetic, slower animals are automatically “selected”. Wolves can also smell sick animals before the disease becomes visible to humans. In contrast, attacking a healthy and strong animal always poses an increased risk for the wolf, but this does not mean that healthy animals are not preyed on.

What should you do if you encounter a wolf?

Very few people notice when wolves are nearby. Even if a wolf is right next to a hiking trail, it will usually hide and wait until the people have passed. If a wolf is surprised or unexpectedly discovered, it will retreat or increase its distance. In areas where wolves live permanently, there will always be opportunities to observe them. In these areas, dogs should stay close to humans and potentially be kept on a leash. Otherwise, loose dogs can be driven away, attacked or even killed by wolf packs. In general, the following advice applies in the event of a wolf encounter: stay calm. If you feel uncomfortable due to the short distance, you can shout loudly and make yourself bigger. Under no circumstances should the animals be lured with food or followed.

“In recent years we frequently hear news not only about wolves wandering into Hungary from Slovakia, but also about the permanent presence of wolves, lynx and bears in certain areas of the North Hungarian Mountains,” says Dr Miklós Heltai, wildlife biology professor, Szent István University. “In order to be able to stand up to the challenges posed by this new situation, we once again have to learn how to coexist with our carnivore competitors. To achieve this, we have to have a clear insight into how these large carnivores affect their immediate surroundings. This new booklet helps us better understand this.”

According to the most recent estimates, there are approximately 17,000 wolves, 17,000 bears, 9,000 lynx and 1,250 wolverines living in Europe. Where humans and large carnivores share an area, conflicts are more than likely. In Hungary, large carnivores primarily inhabit the North Hungarian Mountains. Wolves are considered settled and regularly reproduce in several parts of Hungary.

Protecting large carnivores and their habitats is a key element of WWF’s New Deal for Nature and People, and its goal to halt and reverse biodiversity and habitat loss by 2030. Within this framework, we concentrate on protecting the natural habitats of large carnivores including their ecological corridors, avoiding unsustainable management practices, improving connectivity at the landscape level, reducing illegal killing, introducing non-violent solutions to human-large carnivore conflict such as trained sheep dogs and mobile electric fences, and promoting sustainable use of natural resources. Current projects include Open Borders for Wildlife, ConnectGREEN and the EuroLargeCarnivores Project, within the framework of which the booklet has been published.

“The LIFE EuroLargeCarnivores Project provides an opportunity for the exchange of practices that help mitigate conflicts between humans and large carnivores, as well as for the improvement of co-existence through transnational cooperation and the sharing of knowledge. It supports finding solutions to social, economic and ecologic challenges posed by wolves, bears and lynx,” says Dr László Patkó, large carnivores programme director, WWF-Hungary.

Cyrillic in Serbia is on life support, but it’s not dead yet
How old is Tirana?
Comment