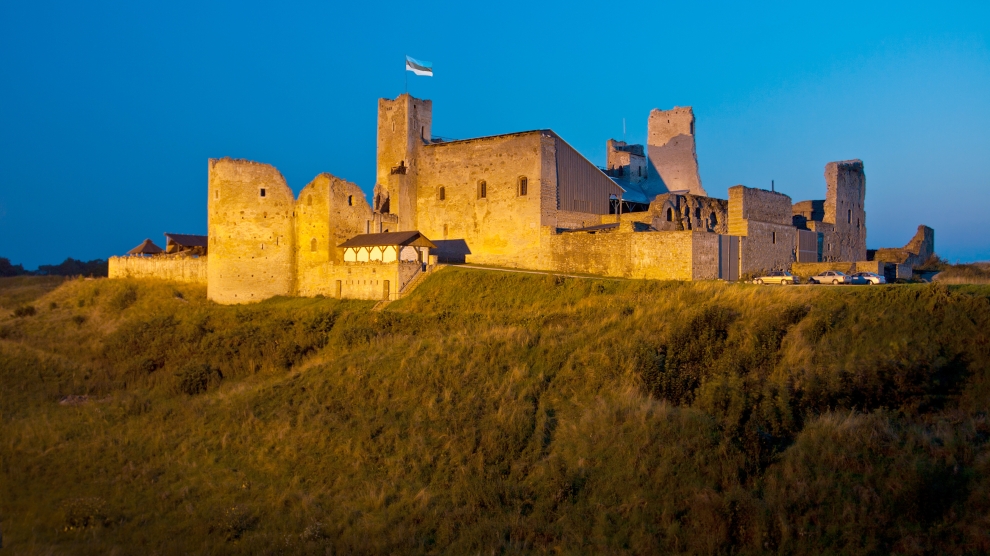 It’s both an understatement and a cliché to say that emerging Europe has a lot of history. Conquests, battles, political upheaval and friction between large empires and smaller vassal states: a lot has gone on in these parts and for history buffs there is plenty to explore. The Middle Ages in particular – a time when most of the officially recorded history for emerging European nations begins – offer a wealth of historical treasures, while the period continues play a big role in national culture and mythology across the region to this day.

But it’s the castles and fortresses of that era which are the most visible and most spectacular reminders of history, and emerging Europe is packed with them. We’ve picked six of the most interesting and social media-worthy. There’s more than just the aesthetic component, though. The vistas are gorgeous but there’s a ton of historical baggage too, for those inclined to immerse themselves in what went on in emerging Europe many centuries ago.

Hluboká is one of the most famous castles in Czechia and unquestionably one of the most beautiful. Travelers seem to agree, because this is among the most visited sights in the country.

It’s located near České Budějovice, itself a great destination being the largest city in southern Bohemia and home of the Budweiser Budvar brewery. A trip to the castle, and then some high quality Czech beer: it’s a tourist experience that is hard to beat.

Like many castles in the region, Hluboká has been rebuilt and remodelled several times.

Originally Hluboká was built in the 13th century in the Gothic style. It was subsequently rebuilt during the Renaissance, and then turned Baroque in the 18th century before changing its style yet again in the 19th. That’s the look it currently retains, a more romantic style reminiscent of England’s Windsor Castle, as ordered by its owner Johann Adolf II von Schwarzenberg.

In modern times, the castle has been used a backdrop in numerous movies and videos. Fans of the Underworld series of movies will recognise it from Underworld: Blood Wars. It also appeared in Shanghai Knights and in 2019 it was the backdrop to a video by the K-pop sensation Park Jihoon.

Hluboká is a place of history that remains relevant to this day, and that makes it worth a visit if you’re ever in South Bohemia.

A mainstream choice perhaps, but who can resist Dracula? Nobody, as anyone who’s read Bram Stoker’s seminal novel knows.

That’s why tens of thousands of visitors flock here every year, despite the fact that there is no actual link with Dracula (or Vlad Țepeș, the historical figure who inspired Stoker). Indeed, even Stoker himself never actually set foot in the castle, nor even saw it: he never even visited modern day Romania (or anywhere else in emerging Europe for that matter).

But why let facts stand in the way of legend? Bran Castle looks the part, and in recent decades had made no attempt to pretend that it is anything other than the one and only Dracula’s Castle. As such, it takes little imagination to look up at the fierce turrets and battlements and  imagine Vlad the Impaler slithering along the walls on a dark and moody night, commanding his forces.

The current operators of  Bran Castle have leaned fully into the horror aesthetic, with themed exhibitions and guided tours inspired by various mythological baddies that originate from the area. Dracula, werewolves, the fearsome reanimated strigoi… It really is a treat for all fans of terror and things that go bump in the night. History buffs looking for a castle Vlad Țepeș actually called home should head for the ruins of Poenari, half way up the equally famous Transfagarașan Highway.

Maglič Castle is these days little more than ruin, albeit a very well preserved and well kept ruin. That’s because it has been somewhat restored over the years, with the latest restoration happening in 2010 with funds from Italy.

It was originally built in the 13th century, and its function was to protect two important monasteries — Sopoćani and Studenica (themselves excellent places to visit when you’re in the area) and prevent Mongolian raids into Serbian territory.

The castle’s name is both interesting and evocative, as it comes from the Serbian word for fog — magla. Since the fortress and the castle are located on a high hill, clouds of mist can be seen often below.

But why visit a ruin, even a well-kept and somewhat restored one? There is the historical significance: the castle is included on the Immovable Cultural Heritage of Exceptional Importance list — the highest level of protection offered in Serbia — and was also the seat of Archbishop Danilo II, both the spiritual leader of the Serbs in the 1330s and a prolific chronicler of Serbian history.

And there is the unique event held here every year. The bottom of Maglič is the starting place of the yearly Merry Ride, a popular voyage down the Ibar river to the city of Kraljevo. Many types of river-worthy vessels from a variety of eras are used and usually more than 3,000 of them take part in the whole-day river trip.

These days, Estonia is known for being a leader in digitalisation and a bustling start-up hub. But suppose you want to take a break from the newness of the digital realm and embrace history? Estonia has that too.

One of the best ways to experience the long and varied history of Estonia is by visiting one of its many castles. Rakvere is one of them, also a ruin like Maglič in Serbia.

However, the ruined state of the castle has not prevented Estonians from turning it into a fun destination for the whole family. While it was originally built in the 13th, these days Rakvere is all about the 16th.

Travellers can spend the whole day of immersing themselves in 16th century daily life by dressing up as knights and warriors (think of the Instagram posts!) and spending time learning about what life was actually like in medieval times, complete with reconstructions of a medieval brothel and barber shop, and even a torture room.

Fun for the whole family, indeed.

The oldest castle on this list, Chirag Gala (Lamp Castle in Azerbaijani) was built between the fourth and fifth centuries as a lookout post over the Caspian coastal plains north of Azerbaijan’s capital Baku at a height of 1,200 metres.

A part of the Gilgichay defence system, originally put in place by the Sasanian Empire, the fort kept its defensive function all the way into the 18th century before falling into disuse. In the 20th century, it was partially rebuilt.

Today, Chirag Gala’s main draw is the long trek that visitors must endure if they wish to go all the way to the top. Because roads are rough and the rock are large, it’s virtually impossible to reach the fortress with a vehicle. Thousands of visitors make the trip every year to enjoy the view of the Caspian Sea from one of emerging Europe’s oldest castles.

Eger Castle is located in the city of the same name in northern Hungary. Originally built in the 13th century, the castle’s claim to fame is a successful repeal of a Turkish attack in 1552.

Forty thousand Turkish soldiers laid siege to the castle defended by a much smaller complement of only a little more than two thousand. Their siege failed, however, with the Turks suffering heavy casualties. Eger Castle is also the originating site of the fame of István Dobó, the commander of the soldiers during the Turkish attack.

He was handsomely rewarded at the time, and today a museum honouring him is a part of the attractions where visitors can learn about the history of the castle and the surrounding area.

Tourists can also visit the cellars underneath, a painting exhibition, a wax museum and several other themed exhibitions. The castle also hosts hundreds of events throughout the year. 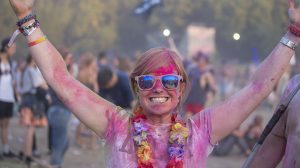