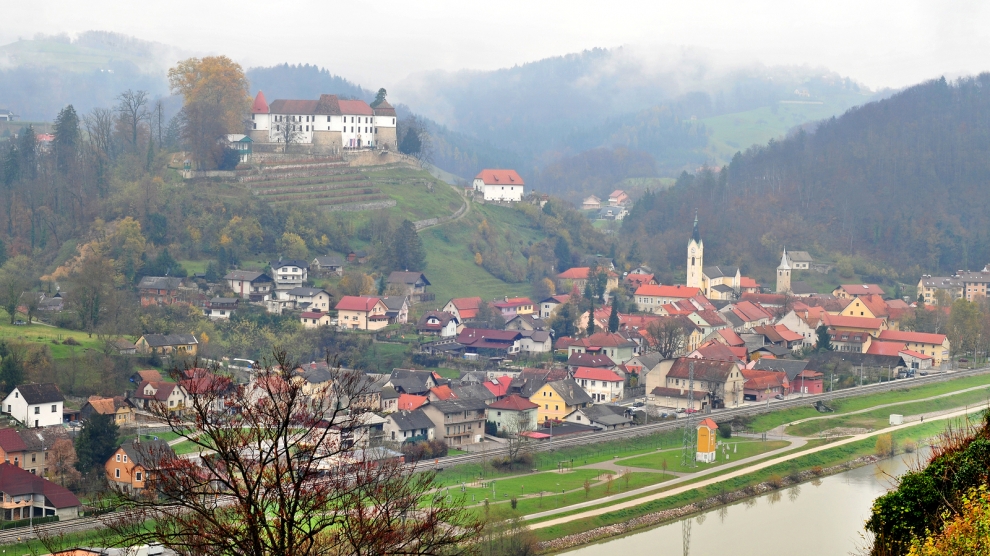 A controversial hand-carved wooden statue representing US first lady Melania Trump has been unveiled in her home town of Sevnica, eastern Slovenia.

After Melania cake, Melania honey, and Melania slippers, now it is the turn of a statue showing Mrs Trump waving her hand, in a powder blue Ralph Lauren Collection suit, the same that she wore at her husband Donald’s 2017 inauguration.

Local reviews have mixed. Some consider Mrs Trump a national hero and love the huge statue, while others have described it as a disgrace for the town, with Mrs Trump resembling a Smurfette.

The statue was commissioned by Berlin-based American artist Brad Downey and created by Ales Maxi Zupevc, a local Slovenian artist, who used a chainsaw to carve out the First Lady’s likeness.

“I can understand why people might think that this falls short as a description of her physical appearance,” Mr Downey commented while insisting that he found the end result “absolutely beautiful”.

Since Donald Trump became president, the city of Sevnica has attracted tourists looking to walk in the young Mrs Trump’s footsteps. According to the Slovenian statistics office, only a few months after the US elections, the number of foreign tourists visiting Slovenia jumped by almost 17 per cent, reaching 3.4 million. Most foreigners came from Italy, Germany and Austria but the number of tourists from the United States jumped by 24 per cent.

The Slovenian tourist industry is riding this wave, and several tours dedicated to Mrs Trump’s life have been created. The most famous is an eight-hour guided tour called Sevnica, Blue First Lady, where tourists can see the apartment complex where Melania Knavs (Mrs Trump’s maiden name) lived, the elementary school she attended as well as the now-closed down factory where her mother worked. The tour can also extend to Ljubljana where Mrs Trump continued her education.

But the boom Slovenian tourism is not linked only to Mrs Trump. The country has a great deal to offer and was listed among the best tourist destinations of 2019 by Lonely Planet.

“Everything you love about Europe is waiting for you in Slovenia,” says Slovenian Tourist Board project coordinator Živa Vincetič. Including a statue of Melania Trump.