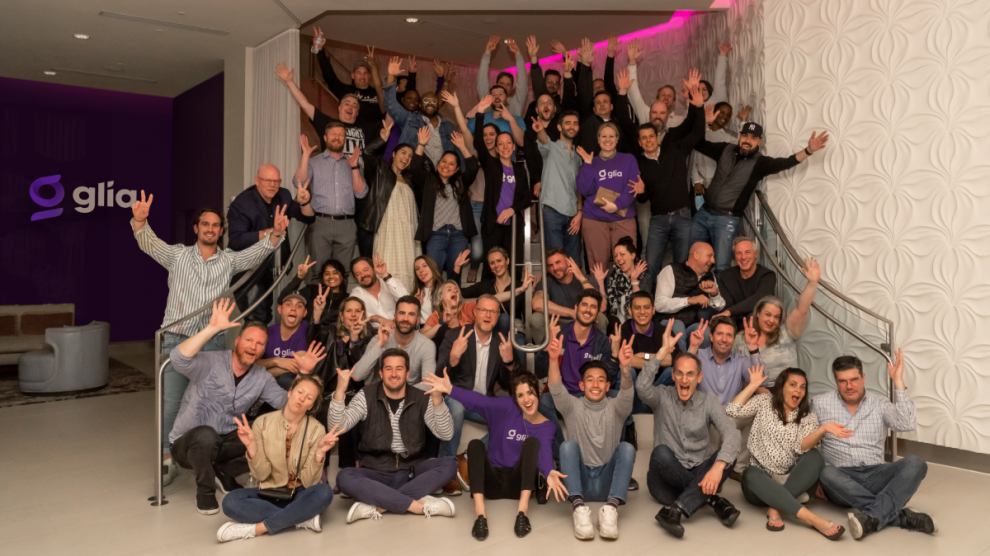 Emerging Europe’s start-up scene is thriving: new money and new ideas are coming onto the market all the time. To keep you up to date with the latest investments, innovations, movers and shakers, each Monday Emerging Europe brings you a round-up of the region’s start-ups which recently closed financing rounds, sealed partnerships, or dropped new innovations.

Estonia is the world’s leader in terms of the number of unicorn companies per capita, with 7.7 unicorns per one million people.

Glia’s latest funding round was led by US-based global venture capital and private equity company Insight Partners, and saw the participation of existing investor Wildcat Capital Management as well as new investors such as RingCentral Ventures.

The company plans to allocate the newly-gained capital towards research and development, hoping to continue to push the envelope in digital customer service with innovative solutions. Some of the areas Glia will invest in are advanced AI, analytics, messaging, voice, and video capabilities.

The money will also aid Glia in the acceleration of its geographic expansion, with the company aiming to deliver the benefits of DCS to financial institutions globally.

“The future of customer service is digital, and those who have yet to take steps to modernise their support and engagement strategies are already behind,” said Dan Michaeli, Glia’s CEO and co-founder.

“We’re thrilled by our investors’ confidence reflected in the round’s valuation, recognising that we’ve only scratched the surface of what Glia can accomplish. Our rapid growth and successful relationships with financial services companies of all types demonstrates the urgent need for digital customer service,” Michaeli added.

Lonne Jaffe, Managing Director at Insight Partners, said the company was investing in Glia as they were impressed with Glia’s growth as well the size of the market opportunity this presented.

“We’re excited to once again support Glia as they deepen their investment in R&D and continue to set the standard for digital customer service across the globe,” Jaffe said.

Riga-based Naco has raised 1.5 million euros in a recent seed funding round, in the hopes that this will propel the ongoing green hydrogen revolution.

The funding round saw the participation of Latvia’s Buildit Accelerator and Untitled Ventures from London. The capital will now be used by Naco to build a manufacturing station in order to provide its clients with ready-to-use coated parts for hydrogen production.

With companies all across Europe transitioning towards renewable energy, the European Union is aiming to position itself at the global forefront of green hydrogen production.

In a highly expensive and difficult procedure, hydrogen is presently generated with electrolysers which use noble metals and other materials. The challenge is additionally compounded by limited resources and insufficient robustness due to high corrosion.

According to the company’s website, Naco is on a mission to develop solutions based on new materials and innovative coating technologies for climate neutrality and sustainable products.

In doing so, the Latvian start-up hopes to drive a shift towards hassle-free manufacturing of hydrogen by providing a full spectrum from nano-coating solutions to coated components for fuel cells and electrolysers. To achieve this, Naco uses groundbreaking technological solutions which require lesser amounts of materials and decrease electrolyser and fuel cell stack costs.

“The start-up focuses on precision plasma spraying,” said Konstantin Siniushin, managing partner of Untitled Ventures. “It has developed a unique technological installation and is creating a catalytic layer of platinum on electrodes for hydrogen energy.”

Naco has previously worked with some of the biggest players in the green hydrogen market, including Siemens Energy, Hyundai, and Plug Power.

Sportening promises to provide fans with everything they need in one place. The app allows its user to chat with other sports enthusiasts, surf statistics, rate players as well as receive personalised, unique updates on favourite teams and athletes.

The app was founded in Croatia in 2020 by Ivan Klarić, and will reportedly soon open an office in London. It has been growing at a staggering 60 per cent month-to-month, and plans to use the fresh capital to attract six million users by the middle of next year.

At this stage, Sportening mostly caters to fans of football but the app is to expand its portfolio with other disciplines such as basketball and American football.

“When I first heard about Sportening, it seemed obvious that something like this should exist – a social network for sports fans,” said footballer and investor Luka Modrić. “Taking football on its own, there are three billion fans around the world, so the potential is enormous.”

“When I saw just how passionate the Sportening team are about building something unique for fans, I immediately wanted to support them. I wouldn’t be where I am today without fans, and their recent absence from stadiums emphasised just how important they are to the game,” Modrić added.

In other news, Lithuania’s business angel association LitBAN has been mobilising support for Ukraine in the aftermath of the Russian invasion. The Lithuanian start-up ecosystem has also been active rallying investments for military technology solutions, a sector demonstrating rapid growth in recent years.

Lithuanian business angels have recently met with the Ukraine ambassador to Lithuania and with local NGOs, committing over one million euros to support on-ground operations in Ukraine.

With its number of angels now standing at 230, Lithuanian Business Angel Network is one of the largest business angel associations in the region. LitBAN’s members invested 10.4 million euros into early-stage start-ups in 2021 alone.

Speaking at a recent event at the Vilnius TV tower, LitBAN’s managing director Justinas Pašys said that the organisation had a mandate to facilitate member connectivity with Ukrainian relief efforts as well as promising miltech start-ups.

“The Lithuanian start-up ecosystem stands in solidarity with Ukraine and has activated multiple support initiatives,” said Pašys. “We must sustain the momentum, zero in on the most pressing needs and centralise our efforts to help. For this, we must maintain a direct dialogue between the business community and the Ukrainian partners and NGOs.”

During the event, Ukrainian ambassador Petro Beshta said there was a dire need to support Ukraine with defensive equipment and to put pressure on Western businesses to boycott Russia.

The innovative miltech solutions presented during the event included technology for laser communication in outer space by Astrolight, a cost-efficient war field delivery drone by Adscensus, a robot all-terrain buggy for special forces by Ostaralab, a maintenance solution for remote-controlled drone operations by DroneTeam, and satellite control that helps avoid outer space clashes by BlackSwan Space.

Poland’s uneasy balance between logging and forest preservation
A month on from Russia’s invasion, Ukraine’s remarkable IT sector thrives
Comment