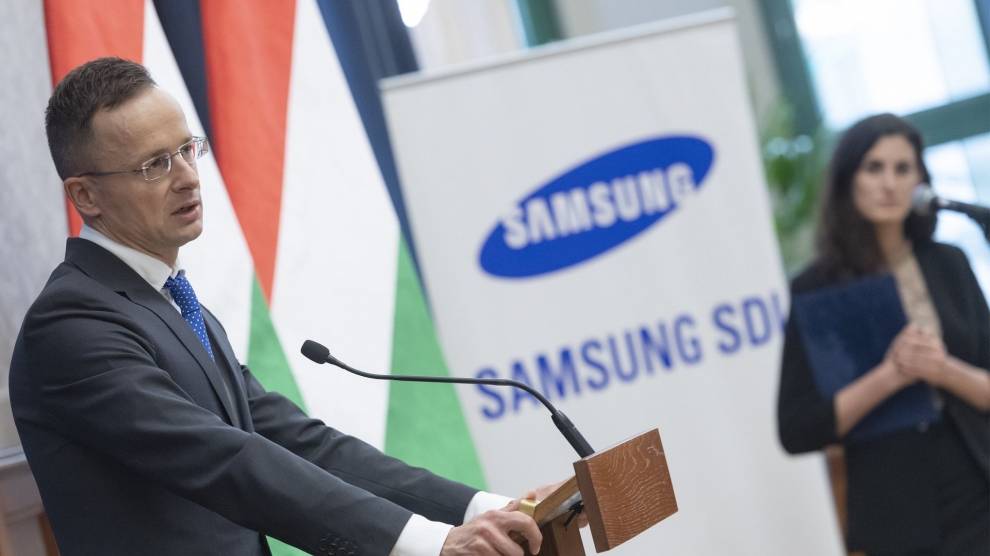 South Korean technological giant Samsung SDI will expand the production capacity of its electric vehicle battery plant in Göd, central Hungary, with an investment of 390 billion forints (around 1.2 billion euros), the Hungarian media has reported.

The decision marks the third largest foreign investment in the Hungarian economy.

“With this new investment, it is now clear that Hungary will become one of the strongholds of European car manufacturing in the new automotive era,” Hungary’s foreign and trade minister Péter Szijjártó said after announcing the investment.

According to him, the Hungarian government will also provide financial support for the project, however, the volume of the funding is yet to be approved by the European Commission.

Mr Szijjártó added that the new investment would create 1,200 jobs on the long term.

“The investment ensures that the Hungarian economy will expand by two per cent more than the EU average,” he continued.

Samsung SDI managing director Kim Woochan expressed his hope that the new plant might become the largest in the world, stressing that the company is committed to ensure jobs to the Hungarian economy.

The expansion of the Samsung SDI plant comes after all other major Asian electric vehicle battery producers – South Korea’s SK Innovation and Inzi Controls, as well as Japan’s GS Yuasa – built or announced the construction of production sites in Hungary.