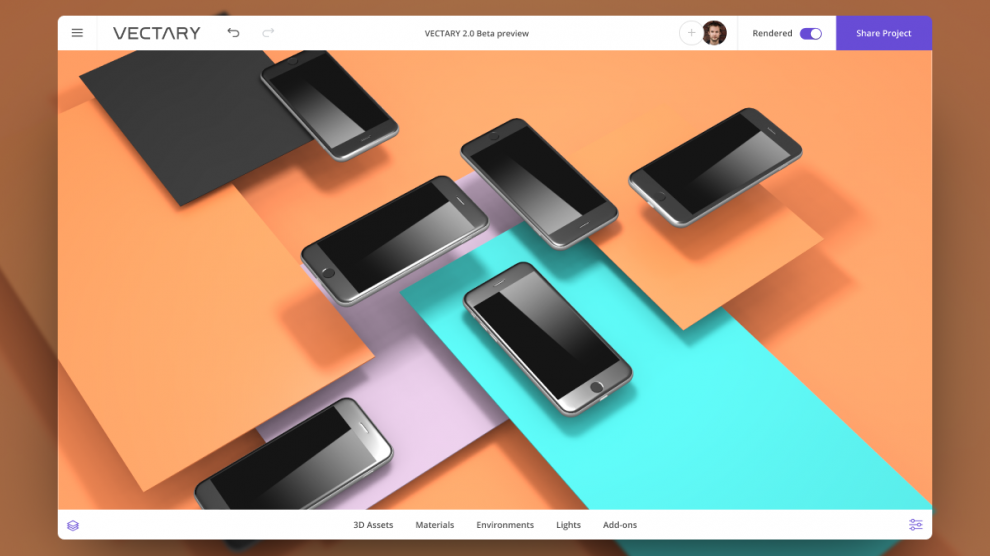 Slovakia and US-based 3D and augmented reality platform Vectary has announced a 5.9 million euros funding round led by EQT Ventures fund with existing investor BlueYard also participating in the round. With the new funds, the start-up plans to continue its mission of making high-quality 3D design more accessible in order to turn the web into a 3D and augmented reality (AR) immersive experience.

Vectary was founded in 2014 and is already used by more than one million creators around the world, by individuals as well as design agencies and creative studios.

With the Covid-19 pandemic shifting most things online, the company has seen a 300 per cent increase in AR views as more companies began showcasing both their new and old products through AR and 3D renders.

Vectary is a platform that says it’s built for designers by designers, and founders Michal Koor and Pavol Sovis bring together decades of design and technology experience. Mr Koor was working as an industrial designer when he realised that the complexity of using and sharing content created through traditional 3D creation tools was preventing the wider adoption of both 3D and AR.

That’s how the start-up was born, as a way to let designers get results without having to spend hours upon hours learning how to use the traditional tools. Instead, the start-up offers an accessible and easy-to-use platform with collaboration built-in. Combined with a community, this  allows creatives and designers with little or no 3D modelling experience create high-quality 3D and AR content.

Advances in hardware and internet speeds have made possible a wider range of applications for 3D and AR, and the company believes the next few years will see a radical shift in web design with 3D and AR content becoming much more commonplace. Especially as due to the pandemic, many companies are turning toward this type of content to showcase and unveil products to the public.

Vectary believes that seamless content creation and sharing will be key to mainstream adoption of this shift. Using the start-up’s platform, creatives and designers can easily apply 2D design on a 3D object using Figma or Sketch, create 3D customisers in Webflow with embedded API, and add 3D interactivity to decks, among other things.

“3D will eventually outpace 2D,” says Koor. “With more people now consuming content and working in virtual environments, giving designers the ability to create and share 3D and AR content has become increasingly important. Vectary’s goal is to democratise the creation, sharing and collaboration around 3D and AR content.”

Ted Persson, partner and investment advisor at EQT Ventures, who is joining the Vectary board, believes that there are huge opportunities ahead and that the team behind the start-up will make design history.

“Vectary is proving that 3D and AR experiences are what will drive the web forwards,” he says. “They’ve created a fantastic product, with a beautiful user interface, that can be used by beginners and 2D designers, as well as more experienced 3D designers.”