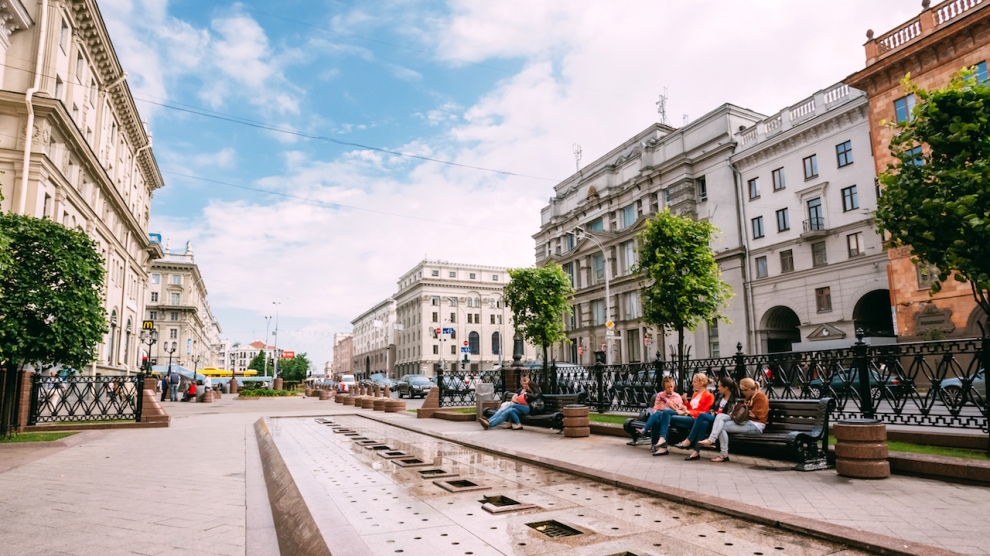 The most important thing, for Belarusian President Aleksander Lukashenko is a clear vision of the country’s future. “We should specify the tasks required to ensure our strategic development. This is why we need an extremely sincere, honest and high-toned conversation,” Alexander Lukashenko said while speaking at the Fifth Belarusian People’s Congress on 22 of June, 2016, an event which takes place every fives years.

The agenda of the Congress included discussions about the main provisions of the programme on Belarus’ social and economic development for 2016-2020.

“We understand perfectly that problems do not get solved by themselves and that crisis phenomena will not disappear with the wave of a wand. This is why the principles of progress and openness have been laid down as the basis of the program. We stake our bets on knowledge and technology. This is the key to solving the current problems and to moving forward,” said Mr Lukashenko.

The president also noted that export is a continuing priority that affects the well-being of the country, so market diversification is a must. The country needs to enter new markets, in particular Asia, Africa and America, as well as normalise its relations with the EU and the USA.

The EU is Belarus’ second largest trading partner, with a 26.2 per cent share in the country’s overall trade. According to the EU Commission, the country’s exports amounted to €3.7 billion in 2015.

“Recent years have been marked by the warming of our relations [with the EU]. Their policy of lifting of sanctions against Belarus opens up new possibilities in the development of our cooperation”, said Mr Lukashenko. “A key challenge for the future is the complete normalisation of relations and the conclusion of a basic agreement between Belarus and the EU.”

Dmitry Krutoy, Deputy Minister of Economy, told Emerging Europe that the European Union will remain an important trading partner for Belarus. “We want to increase the percentage of our exports to the EU and to sell at least a third of our products there. The remaining two thirds should be divided roughly equally between the Eurasian Economic Union (EEU) and the rest of the world,” he added.

President Lukashenko pointed out, in his speech, that exports dropped heavily in traditional markets, e.g. Russia. This included tractors, agricultural machinery and buses, the head of state said. “However, we should not leave the Eurasian region for there are possibilities, to strengthen the position of Belarusian products, which we must take advantage of,” he said.

Maxim Yermalovich, First Deputy Finance Minister, told Emerging Europe that Belarusian products are of high quality and are competitive for foreign consumers. “Production costs are lower in Belarus and so are labour costs. The obstacles, that we face, to exporting more products to the EU are connected with duties,” adds Mr Yermalovich.

He believes that there are two challenges that the economy is facing: access to financing and the development of small and medium firms.

“By developing small businesses, the economy will be less affected by external shocks. It doesn’t mean that the development of small businesses will cross out everything we’ve done before. The strategic policy on developing basic enterprises, preserving them, increasing the output and quality of products and improving their management systems will be continued. To adapt to new conditions however, we are forced to develop small businesses, in order to make it possible for individuals to realise their potential,” explained Mr Yermalovich.

In the draft version of the social and development programme for 2016-2020, the share of small and medium-sized enterprises (SMEs) is projected to reach 40 per cent of the GDP by 2020.

Over the last few years the government has introduced a number of reforms that have resulted in a more friendly business climate. In the latest edition of the World Bank’s Doing Business, Belarus ranked 44th, ahead of a few other European Union states. In the category, ‘starting a business’, the country improved its ranking by 27 notches, within just one year. In the Social Progress Index 2016 (SPI), which measures the extent to which countries provide for the social and environmental needs of their citizens and which is published by the Social Progress Imperative, the country ranked 66th.

The main socio-economic developmental goals, as set out during the Congress, include investments that stimulate productivity growth, job creation and the formation of centres of advanced regional development, the growth and diversification goods and services’ exports  as well as development of an information society and the widespread introduction of information and communication technologies. The government is also planning to attract more foreign investors and to carry out  several privatisation projects, which also include activation of privatisation for small and medium sized companies, and more projects to be done under a public-private partnership concession scheme.

“In 2016-2020 we need to implement over 80 big investment projects, to the total tune of more than $27 billion. We need to attract at least $14 billion of foreign resources, including China’s credit lines and direct investment. This is our main investor,” said President Lukashenko at the Congress.

“We  are implementing, with the support of the World Bank, a pilot privatisation project, for which eight enterprises have been selected, and which we are going to extend in the nearest future by including more enterprises. We also recently adopted the private-public partnership (PPP) scheme and are preparing our first project, together with the European Bank for Reconstruction and Development (EBRD),” Deputy Economy Minister Krutoy tells Emerging Europe.

In June, Belarus also announced the establishment of the Antimonopoly Regulation and Trade Ministry — an indication that the government wants to develop a market economy.