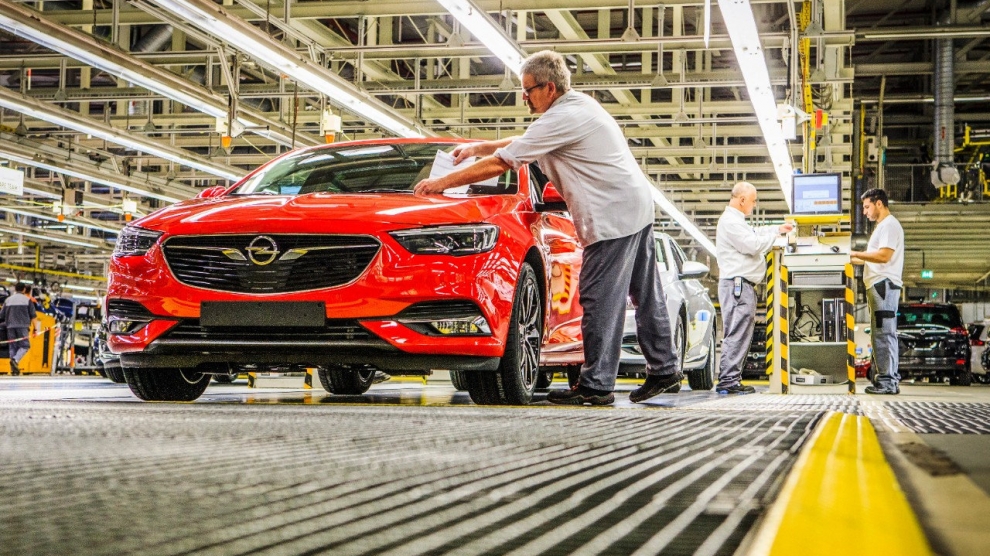 Before 1989, quite a few countries in Central and Eastern Europe had their own car brands. Today, car manufacturers have located their production facilities across the region, and only two countries can still boast about their own brands: the Czech Republic’s Škoda and Romania’s Dacia.

Over the last two decades, Romania has attracted foreign manufacturers and has proved to have all the right ingredients required of an automotive hub.

“Many successful stories began here. Renault and Ford, two great global manufacturers chose Romania as a destination for their projects, and approximately 600 original equipment manufacturers (OEMs) producing automotive components in Romania, for local producers as well as for export,” Harry L. Laufer, state secretary in the Ministry for the Business Environment, Commerce and Entrepreneurship and head of Invest Romania tells Emerging Europe.

According to ACAROM, the association of automotive manufacturers of Romania, 387,000 cars were produced in 2015, showing a positive trend compared to the previous years, while 203,600 people were employed in this sector, in 2016.

Nowadays, many investors are establishing and developing more complex operations in Romania, thus shifting the focus of their employment policies from ‘cheap labour’, towards a highly skilled, diverse and globally competitive workforce. Renault and Ford are the biggest players on the market, but there are more. There is Porsche with its R&D centre for the region, Suzuki, Opel and others.

Opel Romania is the oldest investor in the country, having been active in Romania since 1998. It has grown its presence in the country, and is one of the most popular car brands internally.

“Romanian customers like our philosophy,” explains Cristian Milea, country director at Opel Romania and a board member of the Association of the Automotive Manufacturers and Importers in Romania (APIA). “We make the innovations of premium vehicle classes available to a wider customer base. Democratisation of high-tech technologies and high quality features are very much appreciated by the Opel fans here. In 2014, the market in Romania started to recover from the global economic crisis and we are once again on an ascending trend. We started 2017 with excellent results, increasing our sales in the first four months by 37.8 per cent compared to the same period last year,” he adds.

The signs of recovery are visible in many sectors of the Romanian economy, but every company was hit by the crisis, in 2009. Suzuki, for example, invested in the country right in 2007, just before the economic crisis. But this did not stop the industry which managed to develop a good and efficient dealer network, so that their figures even increased during the crisis.

Generally speaking, a survey released by PwC, showed that 4, 9 million cars were in circulation last year, even if three quarters of the vehicles sold in Romania were second-hand.

Ford started production in Romania, in 2009, after the company bought the majority of shares from Automobile Craiova, becoming the owner of the facility.

“After nine years in Romania, we are happy to see that the plant is preparing for the start of the production of the new EcoSport, a project where an important transformation has been made and an additional workforce has been hired. Progress is visible, both in terms of technology band in regards to the people, as Ford has one of the most modern production facilities in Europe, and certainly in Romania,” Ford’s general manager, John Oldham, tells Emerging Europe.

“Obviously the market has changed and one of the most important aspects is that customers are deeply concerned about safety features, fuel efficiency and new technologies,” notices Suzuki’s Mr Radu.

Invest Romania’s Mr Laufer confirms this trend. “An important factor that is shaping the automotive, aerospace, chemicals, agriculture and many other sectors in Romania, is the development of the IT sector. Over the last few years, IT has become one of the most dynamic economic drivers, making massive development, both in volume and complexity. These transformations, as well as our consistent efforts to build and strengthen the partnership between universities and the business community, are placing Romanian companies in a position where they can fully benefit from the Industry 4.0 revolution,” he says.

“We all know how much the economic downturn impacted our industry, several years ago, and indeed we saw important changes in our customers’ behaviour,” agrees Ford’s Mr Oldham. “Nowadays customers prefer to have more equipped vehicles, with lots of assistive technology, and in this respect Ford is one of the most innovative manufacturers, especially as Ford makes technology available for everyone.”

Other car manufacturers, including BMW, are also looking at the Romanian market, which is why the government has offered to support BMW to find Romanian IT companies that could be involved in developing software for the German group. Although the process is still ongoing, more than a dozen companies have been selected to participate in the BMW’s newest project in Romania.

Technological support is one thing but there are a number of other challenges that the sector is facing, including the political framework and the tax system.

“As a representative of the APIA, the legal framework for the automotive sector has always been one of the main concerns for me,” Opel’s Mr Mileas says. “I have been continually involved in relations with the authorities and the market, aiming to create the right environment for the future development of the automotive sector.”

“The socialist government is making hardly any effort to sustain the automotive industry,” says Suzuki’s Radu. “The elimination of the first registration tax, together with a small yearly tax for cars with non-Euro to Euro-4 compliance, not related with engine displacement and CO2 emissions, transformed Romania into a garbage basket. The import of second hand cars became a nightmare for new car business. Usually, those cars are imported by private individuals, without VAT and profit tax. So the official dealers cannot compete in such conditions.”

Ford’s Mr Oldham complains about the lack of a proper infrastructure and is in a constant dialogue with the government, in order to make further improvements. Invest Romania’s Mr Laufer expects such improvements in the near future. In the meantime, he points to the labour force as an area that needs to respond further to the sector’s needs.

“There are some challenges with the workforce and the ongoing process of adjustment to the needs of the industry. This is an important concern for us, but I would say that in comparison to other countries from our region, Romania has still an advantage, and we consider that the dual education program that we have developed will help narrow the gap between the private sector’s requirements and the available talent pool,” he adds.

There seem to be quite a few challenges, so what made some of the world’s leading car manufacturers come to Romania in the first place? The answer is unanimous: a big market potential.

Opel exported cars to Romania, prior to 1998, and Suzuki strongly believes in the great resources of the country. “Despite the fact that Romania is one of the poorest country in the EU, the population is almost 20 million,” says Mr Radu. Many people means more sales. APIA reports that 32,874 cars were sold in the country in 2016, and 2017 already shows interesting figures with 11,121 cars having been sold in just the last five months.

“It has an important asset: the people,” adds Ford’s Mr Oldham. “I keep saying that, because I really believe it. It is one of the best, if not the best, team that I ever worked with and their talent and dedication is visible in the quality of their work. I’m personally very proud to be leading such a team.”