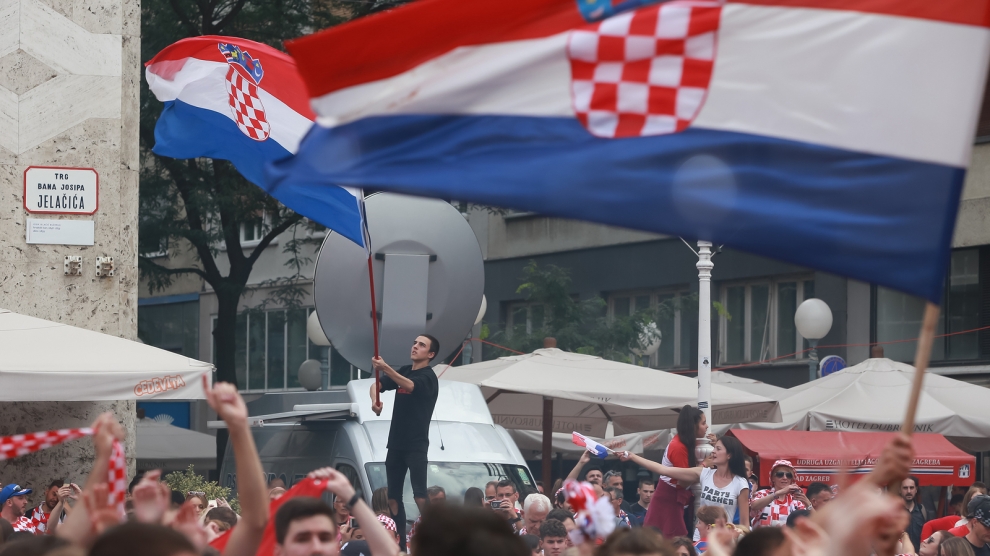 Ahead of European parliamentary elections set to take place next April, Croatia’s opposition Zivi Zid (Human Shield) party has openly raised the possibility of the country’s departure from NATO and the European Union.

“Many people in Europe are afraid that so-called populists will take over the European Parliament at the next election,” said Ivan Vilibor Sincic, leader of Zivi Zid. “We have never seen Europe as a community that will help us when we need help and whom we will help when they need help, but we have seen it as a group of alienated bureaucrats where corporations and banks wield strong influence and where there is very little democracy.”

Zivi Zid has made no secret of its admiration for other movements and parties across Europe who have questioned the present structure of the EU and its long-term survival.

“There is a huge democratic deficit surrounding the European Commission,” Mr Sincic continued. “Europe has huge problems, not only because of migration, but also because of mutual relations, and the euro crisis. From Croatia’s point of view, Europe has done more damage than good to Croatia. We are a country on Europe’s periphery. Europe has received human and economic resources from us and we have got much less in return,” he added.

Exiting the EU has been part of the Zivi Zid programme since it was founded in 2014.

“Exiting the EU is a condition without which we cannot be free. If they are looking for servants, they will not find them in our party,” commented Ivan Pernar, proposed by Zivi Zid as foreign minister in case of a Zivi Zid victory at Croatia’s next legislative elections in 2020.

“Croatia needs to cooperate with emerging economies, such as China, Russia and South Africa, and it should leave NATO as well as the EU,” he said.

Brussels is concerned that Zivi Zidi’s increased support could lead Croatia to take a eurosceptic turn and force the break-up of the governing coalition. According to the latest opinion polls, the Social Democratic Party (SDP), which is currently governing the country together with the Croatian Democratic Union (HDZ), has seen a fall of support, from 27 per cent in October 2016 to just 17 per cent in September 2018. Zivi Zid currently polls at around 13 per cent.