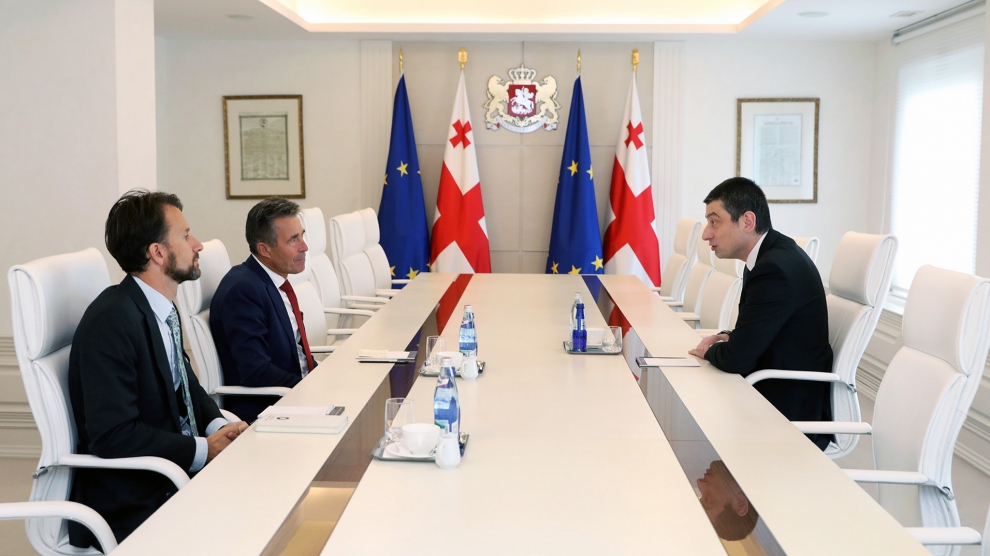 Former NATO secretary general Anders Fogh Rasmussen has suggested that Georgia should launch a public dialogue about the possibility of joining the military alliance without its Russia-occupied regions of Tskhinvali (South Ossetia) and Abkhazia, the Georgian press has reported.

“Georgia fulfills the necessary criteria to become a NATO member except those de facto Russian-occupied territories,” Mr Rasmussen told Georgian news agency Interpressnews, adding that the initiative would not mean the suspension of NATO’s non-recognition policy of the disputed territories.

However, NATO’s Article 5 which guarantees the collective defence of member states would cover only Tbilisi-controlled Georgian territory, and would only be extended to the rest of the country once the two regions are reintegrated.

Asked about how risky such a move could be for Georgia he said: “The question is, what is riskier? The current situation or new talks about future membership of NATO?”

In recent months the two pro-Russian regions have faced international criticism over the borderisation of their territory, as well as the illegal movement of Russian troops and a police standoff at the village of Khorchana in Tskhinvali.

“The European and Euro-Atlantic integration of Georgia is a choice made by the Georgian people and our government is loyal to this cause,” Giorgi Gakharia, Georgia’s newly appointed prime minister told Mr Rasmussen.

LNG market in CEE has potential, but lacks infrastructure
Belarus named as one of world’s 10 most censored countries
Comment