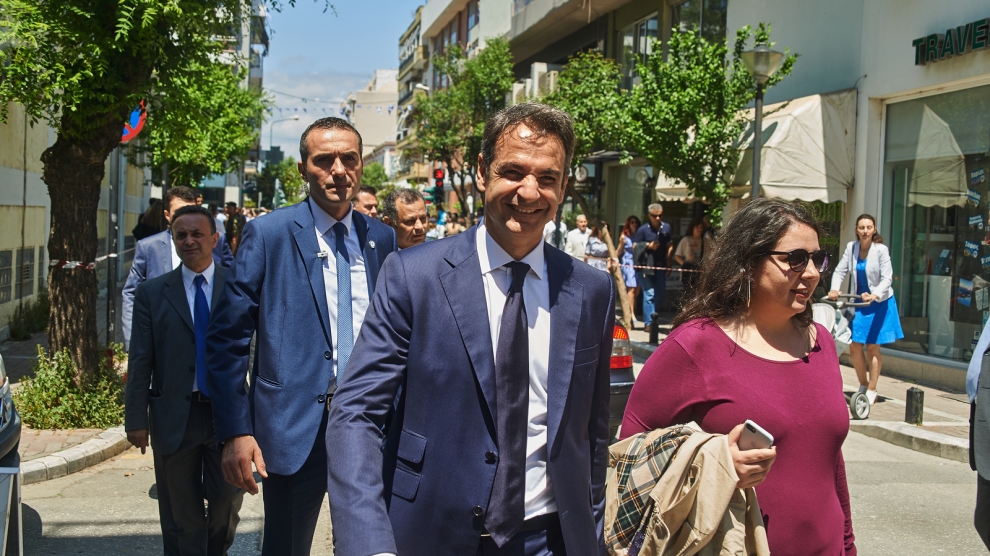 The Greek prime minister, Kyriakos Mitsotakis (pictured above, centre), has warned Albania that his government could veto the start of European Union accession talks over the rights of the country’s minorities, the Greek press has reported.

Speaking at a conference in Thessaloniki, Mr Mitsotakis stated that Greece would not support the beginning of negotiations until Albania shows “tangible” results regarding its treatment of ethnic Greeks.

The Greek prime minister’s statement comes after media reports that the Albanian government plans to introduce a law that would allow the expropriation of farmland for strategic investments, a move likely to affect local Greek minorities living in the south of Albania.

Ethnic Greeks make up roughly two per cent of the Albanian population.

In June, EU leaders postponed the opening of accession talks with North Macedonia and Albania over the objections of Dutch prime minister Mark Rutte and French president Emmanuel Macron.