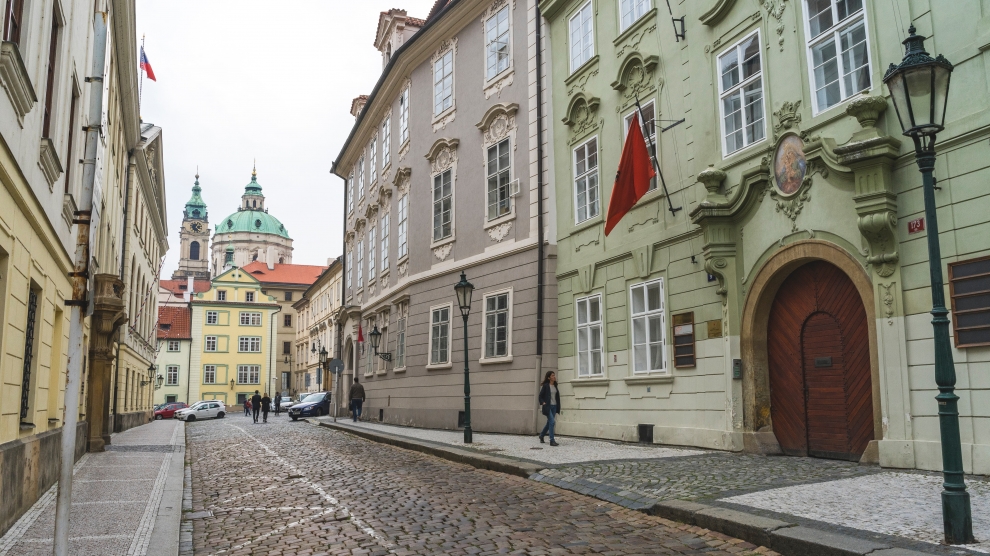 The first of our weekly updates – published every Monday – looking at the spread, mitigation and – hopefully – eradication of the coronavirus epidemic across the 23 countries of emerging Europe. The Czech Republic currently has the highest number of confirmed cases in the region, 1,165.

Albania has instituted an almost total curfew and has deployed the army to help enforce it. Schools, universities, mosques, churches, bars, restaurants and gyms have been shut down, except for supermarkets and pharmacies during certain hours. The country’s borders have been closed since March 16. The country currently has 89 cases of the coronavirus, and two people have died after being tested positive.

Armenia has 194 cases of coronavirus, but no deaths – so far. On March 16, the government declared a state of emergency lasting until April 14 to prevent the spread of the virus. The emergency measures include the closure of all educational institutions, closing the borders with Georgia and Iran, banning gatherings with over 20 people, and postponing the 2020 Armenian constitutional referendum.

There is, at present, no widescale lockdown in Azerbaijan, although access to the capital Baku and the city of Sumgayit has been limited. Shopping centres, malls and other crowded social and cultural facilities have been closed, as has the country’s border with Iran. The country has 72 cases of the virus, and one person has died.

Belarus has so far taken few special measures to prevent the spread of the virus beyond restricting public gatherings. The country’s football season began as scheduled on March 20, and the country’s president has told citizens to “drive tractors and drink vodka” in order to combat the virus. There are 81 confirmed cases in the country, and no deaths.

Bosnia has closed its border with Serbia and restricted access to the country for all foreign nationals. A nationwide curfew is in force from 6pm to 5am and all restaurants, bars, cafes and other commercial enterprises apart from food shops and chemists are closed. Bosnians aged under 18 and over 65 have been forbidden to travel around the country. The country has 128 cases of the virus. One person has died.

A strict curfew is in place in Bulgaria around the clock. All businesses except food shops and pharmacies are closed and there are severe limitations on travel around the country. Most towns and cities are effectively closed off. Bulgaria has 190 confirmed cases. Three people have died.

On March 22 a large earthquake (5.4 on the Richter scale) hit the Croatian capital of Zagreb, causing problems in enforcement of social distancing measures set out by the government. The country’s border with Slovenia is effectively closed. There are 301 confirmed cases in the country, but so far just one death.

Czechs were placed under nationwide quarantine on March 16. The quarantine bans all non-work related travel, excluding necessary shopping, and visiting doctors, hospitals, and close relatives in need. The wearing of surgical masks is compulsory and the country’s borders closed for foreigners. There are currently 1,165 cases of the virus, and one death.

On March 13, the Estonian government declared a state of emergency until May 1. All public gatherings were banned, including sports and cultural events; schools and universities were closed; border control was restored with health checks at every crossing and entry point. Estonia’s western islands of Hiiumaa, Saaremaa, Muhu, Vormsi, Kihnu and Ruhnu were closed to all but residents. There are 352 cases in the country, but no deaths.

Entry to Georgia is currently forbidden for all foreign nationals. All international air traffic has been halted, and the government has implemented strong social distancing measures, closing all restaurants, bars and shops apart from grocery stores, banks, petrol stations, pharmacies and post offices. There has been strict monitoring of those infected, and the number of cases is currently low: just 54, with no deaths.

Hungary has introduced a range of measures to battle the virus. The government has closed off the country to everyone but Hungarian citizens, while restaurants and shops have been limiting opening hours and schools and universities have been closed. A state of emergency was decreed on March 11. There are 167 cases of the virus in the country: seven people have died.

Kosovo did not report its first case of coronavirus until March 13. Last week, the country’s prime minister Albin Kurti sacked interior minister Agim Veliu for backing a call by the president, Hashim Thaci, for a state of emergency to be imposed due the spread of the virus. The country has 33 cases of the virus, and one person has died.

On March 12 Latvia declared a state of emergency and two days later the government closed all educational institutions and banned mass gatherings. There are currently 180 confirmed cases in the country, but nobody has yet died.

Lithuania was put under quarantine on March 16. All public indoor and outdoor gatherings were prohibited; all shops and businesses excluding grocery shops, pharmacies and veterinary pharmacies were closed; all restaurants and bars were closed; borders were closed for foreigners. There are 154 cases in the country, and one person has died.

Moldova began turning away foreigners who had traveled from the countries worst affected by coronavirus on March 11. All kindergartens, schools, colleges and universities are closed, while the breakaway territory of Transnistria has closed its borders, even for Moldovans. There are 94 cases in the country, and one person has died.

Montenegro was the last country in emerging Europe to report a case of coronavirus, on March 17. Under rules introduced on March 13, all public gatherings in the country are banned. There are 22 cases in the country, and one death.

North Macedonia has closed all its borders and imposed a nighttime curfew. On March 23, the country postponed snap parliamentary elections, scheduled for April 12, because of the Covid-19 epidemic. There are 121 cases in North Macedonia, and two people have died.

On March 15, Poland closed its land borders for 10 days, and international airports for 14 days for passenger traffic, only allowing Polish residents, citizens and those with immediate Polish family to enter Poland. Everyone entering Poland is required to be quarantined for 14 days. All educational institutions are closed. The country held partial local elections on March 22, and the presidential election – set for May 10 – is still set to go ahead. There are 684 cases in the country, and eight people have died.

In Romania, schools and universities have been closed since March 10. A state of emergency was declared on March 14, and on March 22 a nighttime curfew imposed prohibiting people from leaving their homes except in exceptional circumstances. Shopping malls, bars and restaurants have all been closed. There are 576 cases in the country, and five people have died.

Serbia closed its borders to all traffic except goods vehicles on March 19. A nighttime curfew is in place and most businesses, as well as schools, are closed. The country so far has relatively few cases of the virus – 222 (including two people who have died) – but few tests have been carried out suggesting the real number is far higher.

Slovakia installed a new government on March 22 in extraordinary circumstances, with all those taking part in the ceremony wearing gloves and masks. The country’s borders are effectively closed, as are its three international airports. Most businesses, and all schools, are closed. There are 186 cases of the virus in the country, and so far, no deaths.

Slovenia’s border with Italy left it uniquely exposed to the spread of the coronavirus. The first case was officially confirmed on March 4, just a day after Janez Janša was named as prime minister. On March 16 all educational institutions, including kindergartens, were closed. Public passenger bus and railway transport has also been suspended. There are 414 cases in the country. Three people have died.

Ukraine closed all schools and banned mass events on March 12 to prevent the spread of the coronavirus: at the time there was just one confirmed case in the country. However, last week several thousand people turned out in Kyiv, the capital, to protest what they perceive as a concession to Russia in talks to end the fighting in the east of the country. There are now 73 cases in the country (and three deaths), but few tests are being carried out.

All figures from worldmeters.info/coronavirus, correct at March 23, 15:00 CET.