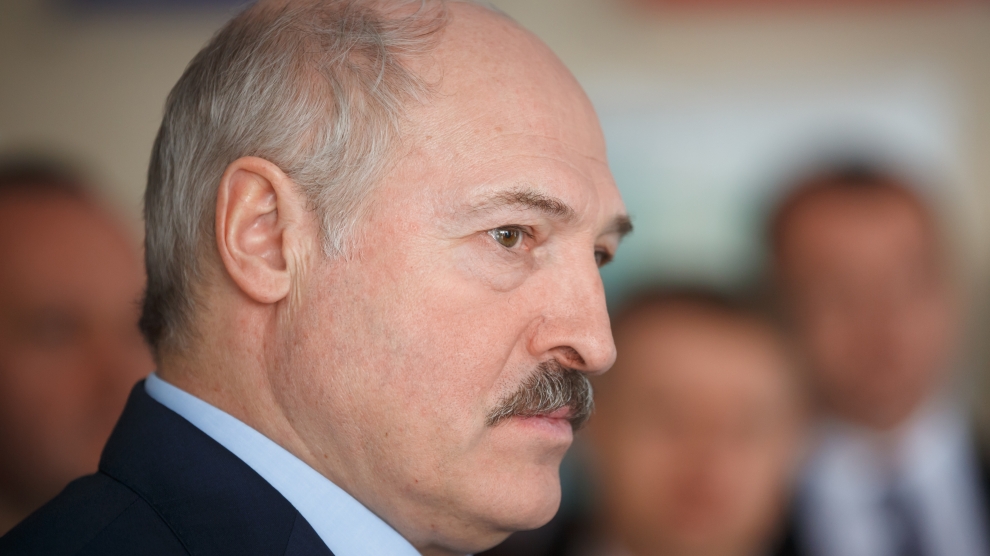 People in Belarus are voting with their feet and staying at home in order to mitigate the further spread of Covid-19.

The country’s president, Alexander Lukashenko, has widely ignored the threat of the virus, claiming on a number of occasions that it does not exist, and on others telling people to do more physical work, more sports, and drink more vodka to “boost their immune system”.

Despite the country now having more than 31,500 confirmed cases of Covid-19, and 175 deaths, Mr Lukashenko’s government has yet to institute any formal lockdown and only a few, minor social distancing measures. Despite the acceleration in the infection rate, the country has largely carried on as normal with no rules against public gatherings and no restrictions placed on sport.

Speaking at church service earlier this month (churches in the country, like much else, remain open), President Lukashenko said: “I’ve proceeded with one simple wisdom borne from our people – when things are hard it’s best not to change our way of life.”

However, while the country’s football league saw an unexpected rise in interest last month, securing broadcast contracts with television stations across the world desperate to show any live sport, fans have in recent weeks stayed away, and most games have been played out in front of just a handful of people.

Belarus also went ahead with a military parade on May 9 to commemorate the 75th anniversary of the defeat of Nazi Germany, but the crowds who came out to watch – in normal years comprising tens of thousands – were more sparse usual: a clear sign that while the president may be showing no fear, people are taking their own precautions.

Activists and opposition leaders have organised a so-called people’s quarantine campaign to reduce traffic and physical contact, to avoid the spread of the virus.

Research shows that the number of passengers on the Minsk subway has fallen considerably, while restaurant revenues are down 80 per cent.

Businesses, and not the authorities, have placed signs along the main streets of the capital Minsk, telling people to wash their hands and wear masks. Local supermarket chains have been playing announcements encouraging customers to keep their distance from each other.

The World Health Organisation recently singled Belarus out for a “lack of adequate social distancing measures” and called for the country to shutter nonessential businesses and enforce distance learning.

But the country’s official stance remains relaxed, and has been compared with that of Sweden, which has taken a similar approach.

However, whereas the hands of Sweden’s government are somewhat tied by the country’s constitution, which makes the enactment of emergency legislation very difficult, if not impossible, in Belarus – one of the most centrally-controlled countries in Europe – there is no such handicap. The decision to keep calm and carry on is purely political. Some analysts believe that it may be part of a plan to irk Russia, which, after also initially playing down the threat of the virus, has imposed a strict lockdown as the number of cases has surged.

“While [Vladimir] Putin has taken the sane course and recommended that Russians stay home to save lives, Lukashenko is relishing his role as a Covid-19 denier,” says Vijai Maheshwari, a writer and entrepreneur based in Moscow.

“For now at least, Lukashenko’s exhortations that it’s better to ‘die on your feet than live on your knees’ seems to be reaping dividends,” wrote Mr Maheshwari earlier this week. “The Belarussian ruble has strengthened 10 per cent against the dollar since March, while the Russian ruble has fallen by more than 20 per cent. Unemployment in Belarus still stands at just four per cent, while more than one million Russians have lost their jobs in the last two months.”

Although Russia remains Mr Lukashenko’s main diplomatic and commercial partner, recent pressure by Mr Putin for the unification of the two countries has been souring relations.

Belarus even bought crude oil from the US earlier this month as it seeks to move away from dependence on Russian energy. The oil purchase followed the restoration in April of full diplomatic relations between Belarus and the US for the first time since 2008.

Belarus has also largely ignored Russian offers of coronavirus assistance. Over the past month, it is China which has sent three cargo planes carrying over 82 tons of rapid testing kits, masks, protective suits, respirators and other medical equipment. Another shipment is due to arrive later this month. When Russia donated 10,000 Covid-19 test kits to Belarus in early April, Minsk grumbled that many were inaccurate.

Furthermore, the shipments suggest that officials in the country do at least acknowledge the threat of Covid-19 despite the public protestations of the president, as does the number of tests being carried out: almost 40,000 per one million people, a higher rate than the US, France, Finland or Slovakia.

And yet the people of Belarus should not expect a state-imposed lockdown anytime soon.

“Long quarantines and self-isolation have shown that even superpowers do not have a margin of safety to prevent a decline in their national economies as a result of closed borders and nonfunctioning enterprises,” said Mr Lukashenko on May 19.

Just when Belarusians might welcome a firmer hand, their usually authoritarian president appears more libertarian than ever.

EU reveals biodiversity and food strategies, placing sustainability at the heart of Covid-19 recovery
Another day in Hungary, another bout of secrecy and a renewed attack on minority rights
Comment