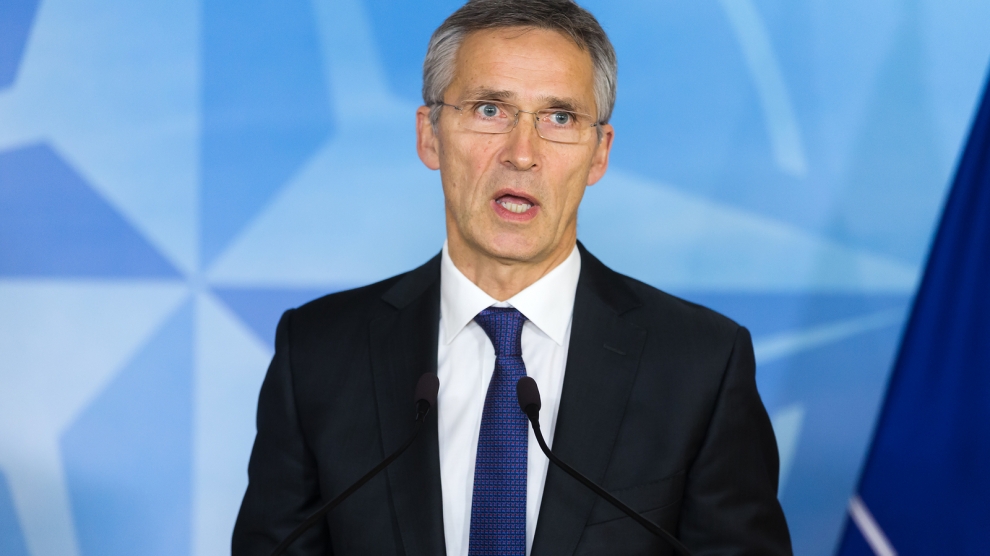 MPs in Kosovo have voted unanimously in favour of a set of laws that will allow the country to create an army, as politicians representing Kosovo’s Serb minority boycotted the vote in protest. The new law will create a defence ministry and sets out a plan to double the size of its current small crisis-response unit, the Kosovo Security Force, and gradually transform it into a professional army of 5,000.

“The process of transforming the Kosovo Security Force began 10 years ago under the instructions and assistance of our NATO partners,” said Kosovo Prime Minister Ramush Haradinaj said about the vote. “We are at a point where it is a logical, necessary step.”

NATO however has reacted somewhat cautiously to the vote, with the organisation’s general secretary Jens Stoltenberg (pictured above) going so far as to say that he regretted the timing of decision.

Mr Stoltenberg added however that NATO remains committed through KFOR to a safe and secure environment in Kosovo and to stability in the wider Western Balkans.

“All sides must ensure that today’s decision will not further increase tensions in the region,” he said. “All responsible political actors in the region need to focus on progress with reforms, and on dialogue. I reiterate my call on both Prishtina and Belgrade to remain calm and refrain from any statements or actions which may lead to escalation. NATO continues to support the EU-sponsored dialogue between Belgrade and Prishtina as the only lasting political solution for the region.”

In response to the vote, Serbia’s Prime Minister Ana Brnabić said her country would “stay on its path of peace and prosperity.”

“For me this is a hard day, not a day that contributes to cooperation in the region,” she added.