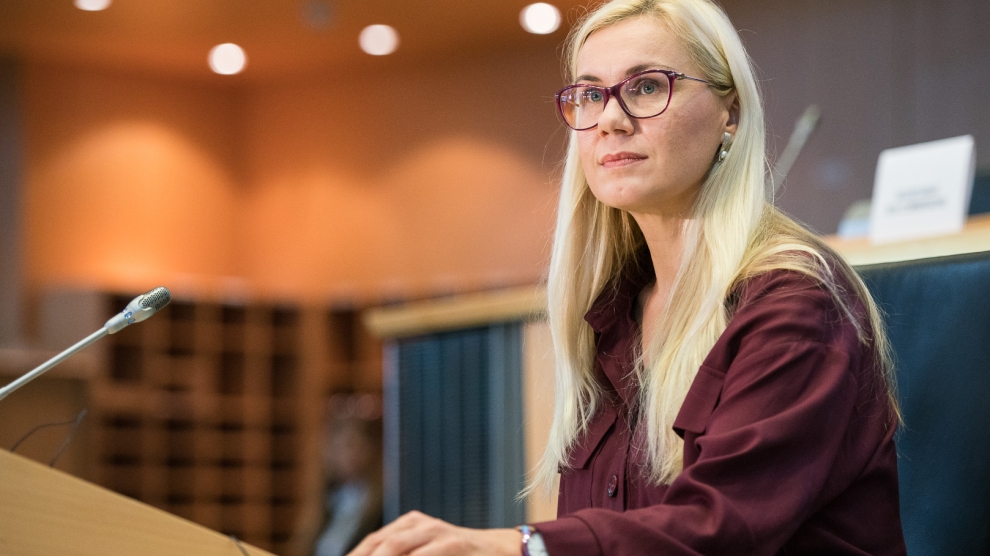 Estonia’s former energy minister Kadri Simson, who is on course to become the energy commissioner of the new European Commission, has defended natural gas as a component of the EU’s energy mix.

“[Gas] might be the most cost-efficient option for replacing coal-based power plants to achieve full carbon neutrality in the EU by 2050,” wrote the Estonian press, quoting a speech she gave to a panel of MEPs on October 3.

Speaking at her confirmation hearing before the European Parliament’s energy committee, Mrs Simson repeatedly avoided questions related to Nord Stream 2, a Russian-built pipeline that will deliver natural gas to Germany via the Baltic Sea and has been opposed by several Eastern European and Scandinavian countries over environmental concerns and its effects on Ukraine’s energy security.

When asked about by a Polish MEP if she supports the implementation of the EU’s new Gas Directive that requires the Russian pipeline to comply with all EU regulations, the commissioner-designate failed to give a direct response. “If we are talking about gas, then in the near future we will not talk about natural gas, but more and more about biogas and hydro gas,” she told EU lawmakers.

Prior to being named as her government’s pick for EU commissioner, Mrs Simson was a harsh critic of Nord Stream 2.

MEPs on the energy panel also asked the commissioner-designate about her stance on a soon-to-be completed nuclear power plant in Astravets, Belarus, close to the Lithuanian border. The plant has been for long opposed by the Lithuanian government.

Mrs Simson said that she would provide financial assistance for Belarus “so that the construction and operation [of the plant] are carried out to the highest safety standards.” She also promised Lithuania support for “possible emergencies”, DW Russian reported.

Mrs Simson received cautious support from the energy panel and is expected to be confirmed after responding to follow-up questions from the committee.