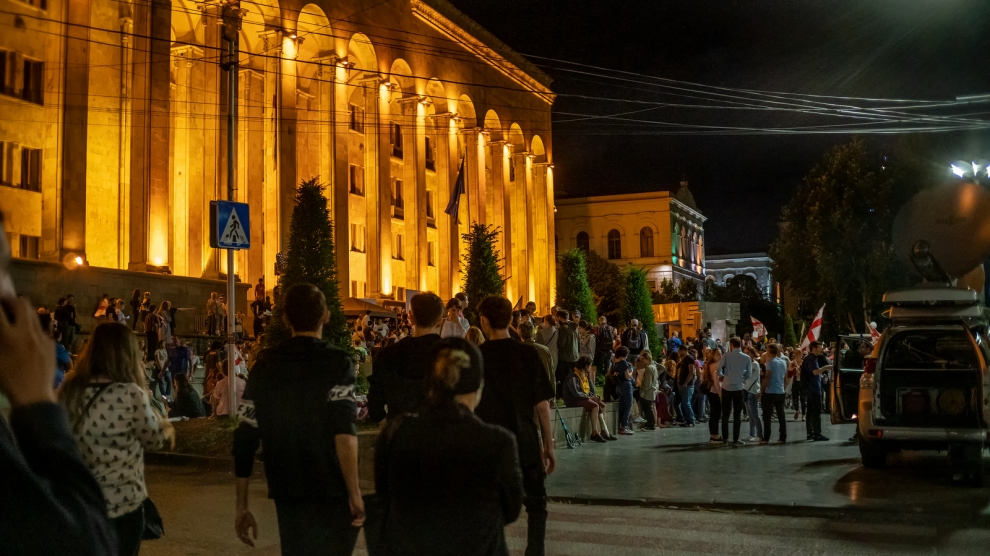 Thousands of people have protested in the Georgian capital Tbilisi after the country’s parliament rejected a constitutional amendment to introduce a fully proportional election system for parliamentary elections in 2020.

Changing the electoral system from a mixed to proportional system from 2020 was one of the key demands of demonstrators who rallied for weeks in Tbilisi in June and July.

In the vote, 101 lawmakers endorsed the amendments, 12 short of the required majority. Some Georgia Dream MPs, including deputy parliamentary speaker Tamar Khangoshvili, who voted for the bill, immediately resigned from the ruling coalition.

The European Parliament’s rapporteurs for the monitoring of Georgia have expressed their deep regret at the failure of the Georgian parliament to pass the constitutional amendments.

“We deplore the lack of support for these amendments. The introduction of a proportional system has been called for by all stakeholders for more than a decade, and its introduction was long overdue,” said rapporteurs Titus Corlatean and Claude Kern in a joint statement.

The United States Embassy in Georgia expressed disappointment that despite support from opposition parties, “an insufficient number of Georgian Dream parliamentarians supported the required constitutional amendments in the vote.”

“As we have stated previously, the US Embassy welcomed the Georgian Dream party’s stated intention to transition to fully proportional parliamentary elections in 2020 and considered this an important step in advancing Georgia’s democratic development and strengthening trust among political parties,” the embassy said in a statement.