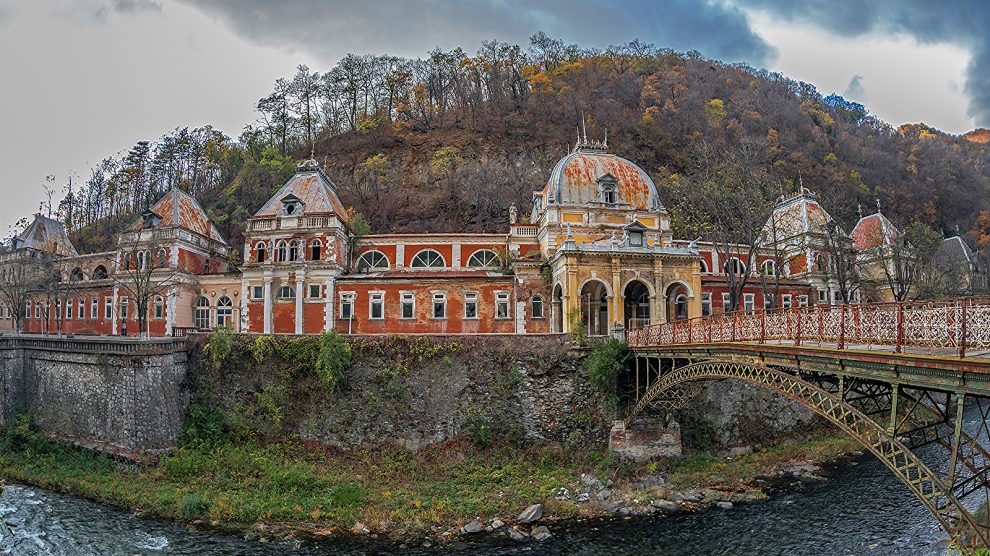 Nestled in a deep mountain gorge in southwest Romania, a group of students and young architects are trying to breathe life into a dilapidated thermal spa town that was once the playground of European elites.

In Poland, a growing number of its 32 million Catholics are turning away. In 1989 when Communist rule ended, nearly 90 per cent of Poles approved of the Church, according to the state-affiliated CBOS opinion poll. That figure is now 41 per cent – the lowest since 1993.

A case brought in wake of rightwing government criminalising blame of Polish nation for Nazi crimes could have implications for further research.

How China is enabling an environmental crisis in the Balkans

Chinese investments are inflaming a health and environmental emergency in the Western Balkans. Why are politicians turning a blind eye?

Serbia has done next to nothing to help the country’s homeless people through the Covid-19 pandemic. Instead, many have been hit with heavy fines.

Belarus protests: Why have people been taking to the streets?

We still know little about the Belarusian protesters and the range of political views they may hold beyond their shared aim to overthrow Alexander Lukashenko. We know even less about the current attitudes and expectations of the general population. To find out more about these questions, the Berlin-based Centre for East European and International Studies has conducted one of the first large surveys since the start of the mass protests.

Cover-ups are the norm in Turkmenistan. The result is more corruption, higher costs of living and a still-uncontrolled pandemic.

The end of Armenia’s post-revolution honeymoon

The colourful ‘train ladies’ of Ukraine

Meet the rail safety officers who preside over the country’s vibrant railway crossing houses and other cultural touchstones.

The remarkable geologist who lived among wolves in Georgia

In 1974, at the age of 30, zoologist Jason Badridze ventured into Georgia’s Borjomi Nature Reserve to study wild wolves. For two years, he was not just an a observer but a close confidant to six carnivores: sleeping among two adult wolves and their cubs, wrapped in a thick coat under the night sky, he helped them to hunt, and taught them to avoid humans and livestock. In turn, they shared their kill, fed him when he was sick or injured, and protected him from bears.

As EU continues to stumble, Czechia may follow Hungary in approving Russia’s Covid-19 vaccine
Pollution in the Western Balkans is threatening the region’s water supply
Comment