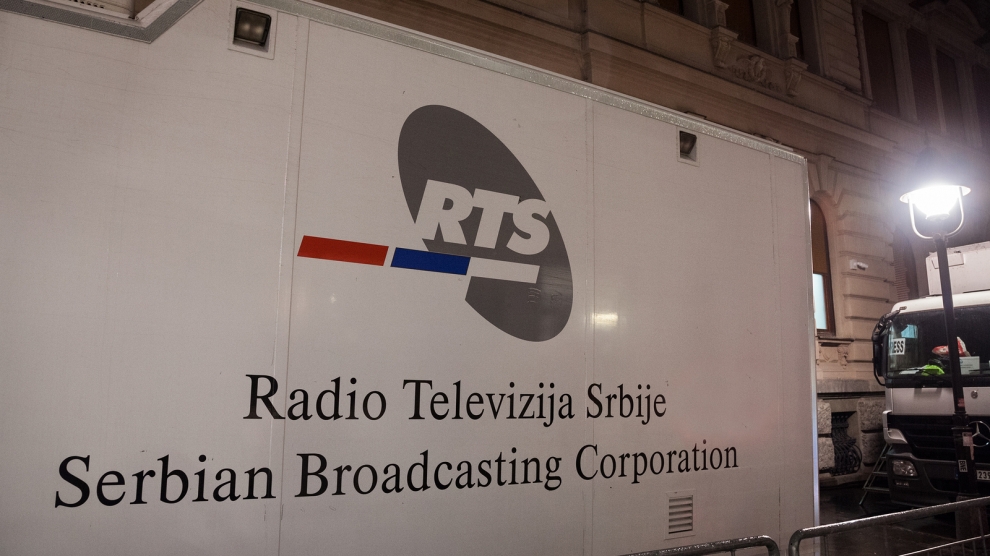 Organised as part of the ongoing One in Five Million demonstrations, protesters rallied to the state TV building to demand press freedom. “For the past few months, we have been asking for only one thing – for the protest organisers to be allowed to speak on state television,” said Boško Obradović, leader of the Dveri party.

After negotiations between the police and opposition leaders broke down, protesters were evicted from the building by force.

A day later, some 10,000 Serbians gathered outside the presidential administration building in Belgrade to call for the release of those detained by the police. Protesters tried to form a blockade around the building while Serbian president Aleksander Vučić was holding a press conference.

“Everyone taking part in this violence will be brought to justice. The state won’t allow violence. If anyone thinks political goals can be achieved through violence, they are mistaken,” Mr Vučić said during an interview on March 18.

While Mr Vučić refused to stand down, Serbian foreign minister Ivica Dačić doubled down on discrediting the anti-government rallies, claiming that “protesters obviously have some kind of support from [the] West.”

The unrest came as thousands of anti-government protesters marched through the Serbian capital for the 15th consecutive week to demand the resignation of the president, who is accused of authoritarianism and abusing the freedom of the press.

In neighbouring Montenegro, thousands rallied in the country’s capital, Podgorica, on March 16 to demand the resignation of president Milo Đukanović and several Montenegrin officials over widespread corruption within the government and its alleged links to organised crime.