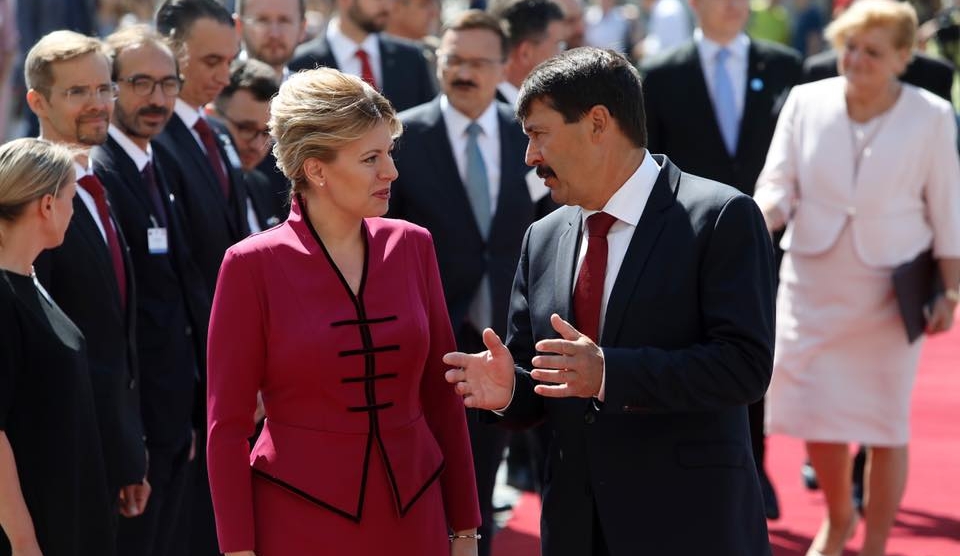 Slovakia’s new president Zuzana Čaputová has called on the Visegrád group of central and eastern EU member states to protect the rule of law to avoid being seen as “weakening the European Union”, signalling a possible rift within a bloc that often has often presented a united front against Brussels.

During a visit to Hungary, Čaputová said that cooperation in the Visegrád group (V4), which includes the Czech Republic, Hungary, Poland and Slovakia should be based on common values.

Without naming names, Čaputová – who took office last month – took aim at Hungary and Poland, the two eastern member states often in conflict with the EU over rule of law concerns.

“[The V4] has to be about promoting democratic values, the values of freedom and the rule of law, and the values of European integration, as was stated in the original agreement on whose basis the V4 was created,” said Ms Čaputová after a meeting with Hungary’s president, János Áder (pictured above).

She also dismissed allegations by some pro-government Hungarian media that she was an agent working for Hungarian-born, US-based billionaire George Soros as “lies”.